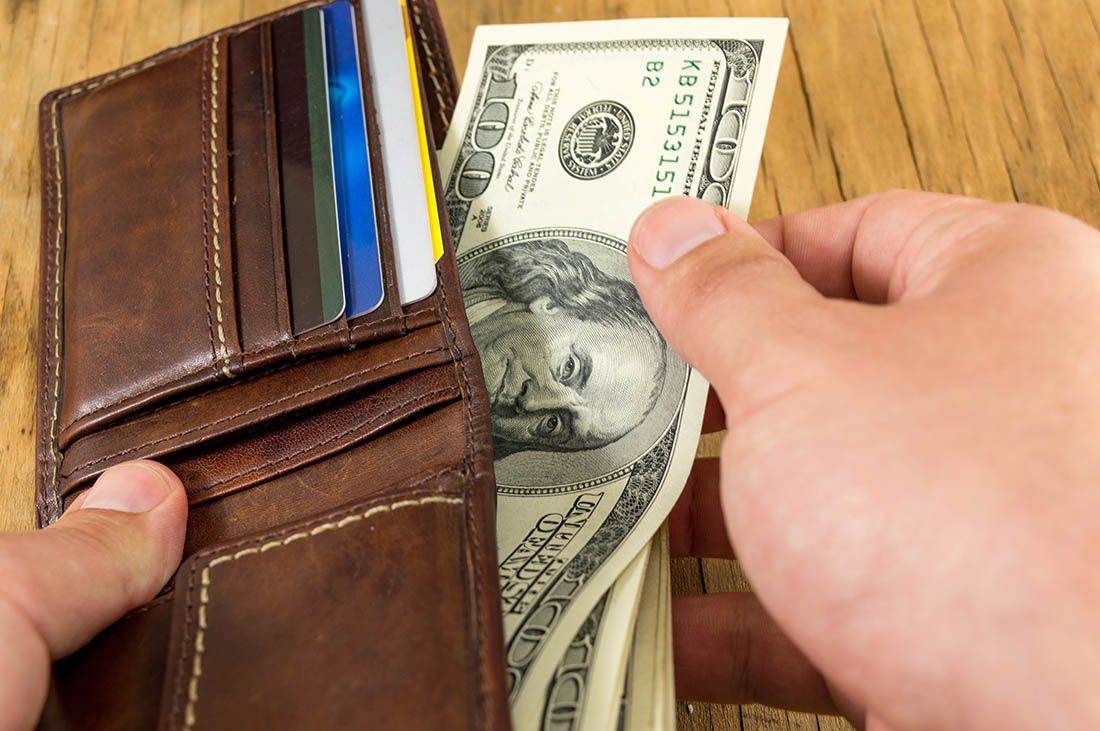 American consumer spending rose from reduced levels in May but the recovery was weaker than economists had hoped for and incomes fell after so-called stimulus cheques shrank last month.

Consumer spending rose by 8.2% month-on-month in May and set a new record in the process although the actual figure trailed the market consensus for an increase of 8.9% and wasn't nearly enough to compensate for the -13.6% contraction seen in April that came in addition to a -7.5% fall from March.

"The decrease in personal income in May primarily reflected a decrease in government social benefits to persons as payments made to individuals from federal economic recovery programs in response to the COVID-19 pandemic continued, but at a lower level," the Bureau of Economic Analysis says.

Spending grew at a slower pace after personal incomes fell by -4.2% for the same month, partially reversing a April 10.5% increase that resulted from the issue of so-called 'stimulus cheques' which were really no such thing. Markets had looked for a -6% fall in incomes.

Officials measures showed marked growth of incomes back in April after the Coronavirus Aid, Relief, and Economic Security (CARES) Act was passed by Congress and signed by President Donald Trump in the dying days of March.

The "$2 trillion economic relief package" gave all Americans who pay taxes but earn less than $75k a one-time payment of $1,200 plus an additional $500 per child, among other things, at a point when even newly redundant workers still had employment income on the way.

'Stimulus cheques' lifted incomes in April only for them to fall again in May, while lesser income combined with an increase in household saving meant that spending remained way below its pre-coronavirus level last month. 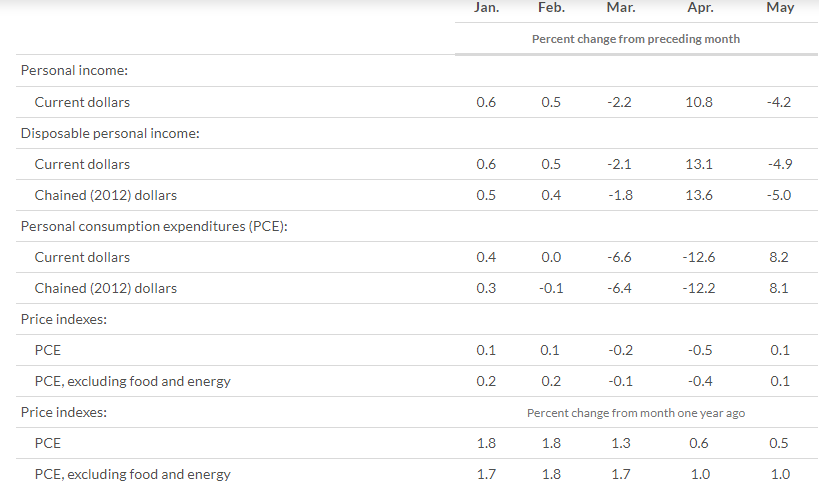 Above: BEA estimates of changes in personal incomes, spending, personal-consumption-expenditures and price indices.

The rub for the U.S. economy is that household funding provided by the cares act is due to run out in July, while the coronavirus is increasingly resurgent in some parts of the country. The daily new infection number reached a record high of 38,198 on Thursday.

"The escalation in virus cases in several populous states poses a risk to the recovery in consumption and it is therefore unlikely that prints this positive in nature will continue throughout the summer months," says Katherine Judge, an economist at CIBC Capital Markets.

Many are of the view that May marked the beginning of a U.S. and global recovery but the second wave of coronavirus infections in some states puts a question mark over the strength of the still-likely rebound.

With the world's largest economy having ground to a government-mandated standstill in April it would hardly be difficult for the U.S to bounce back to at least some extent in May, which marked the beginning of a gradual reopening.

But the second wave surge of virus infections can limit the recovery and condemn the economy to an extended stretch beneath pre-coronavirus levels of output because it'll inevitably impact on consumer and business confidence.

"The extent to which the Covid wave in the South and West—plus a few states in other regions—will constrain the recovery is unknowable at this point. But it is unlikely to be trivial, because the states with renewed outbreaks account for over a third of the economy. We'd be willing to bet that the clear slowdown in the rate of fall in initial jobless  claims, shown in our first chart, is due substantially to the surge," says Ian Shepherdson, chief economist at Pantheon Macroeconomics. 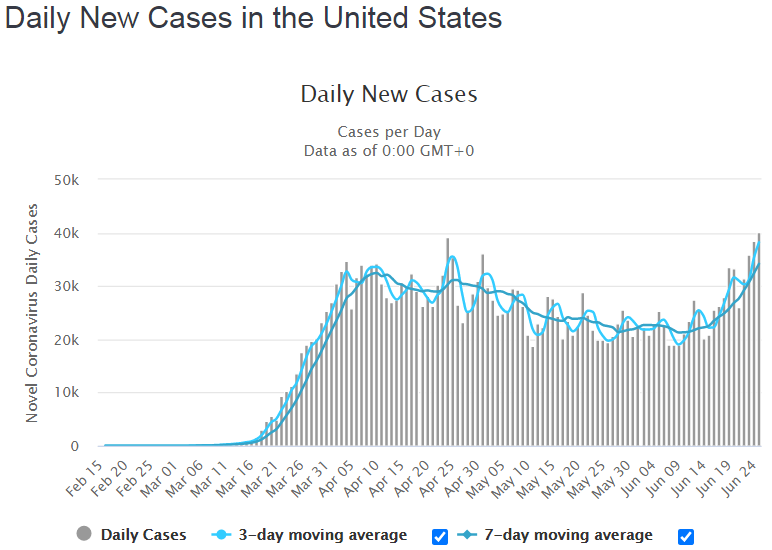 Pay Increases and Unemployment Grows Less than Expected: UK Jobs Report Surprises to the U…

UK labour market data covering the November and December periods have been released and are on balance indicating a more robust picture than the market had been anticipating, although another deterioration in January is likely given the third lockdown.