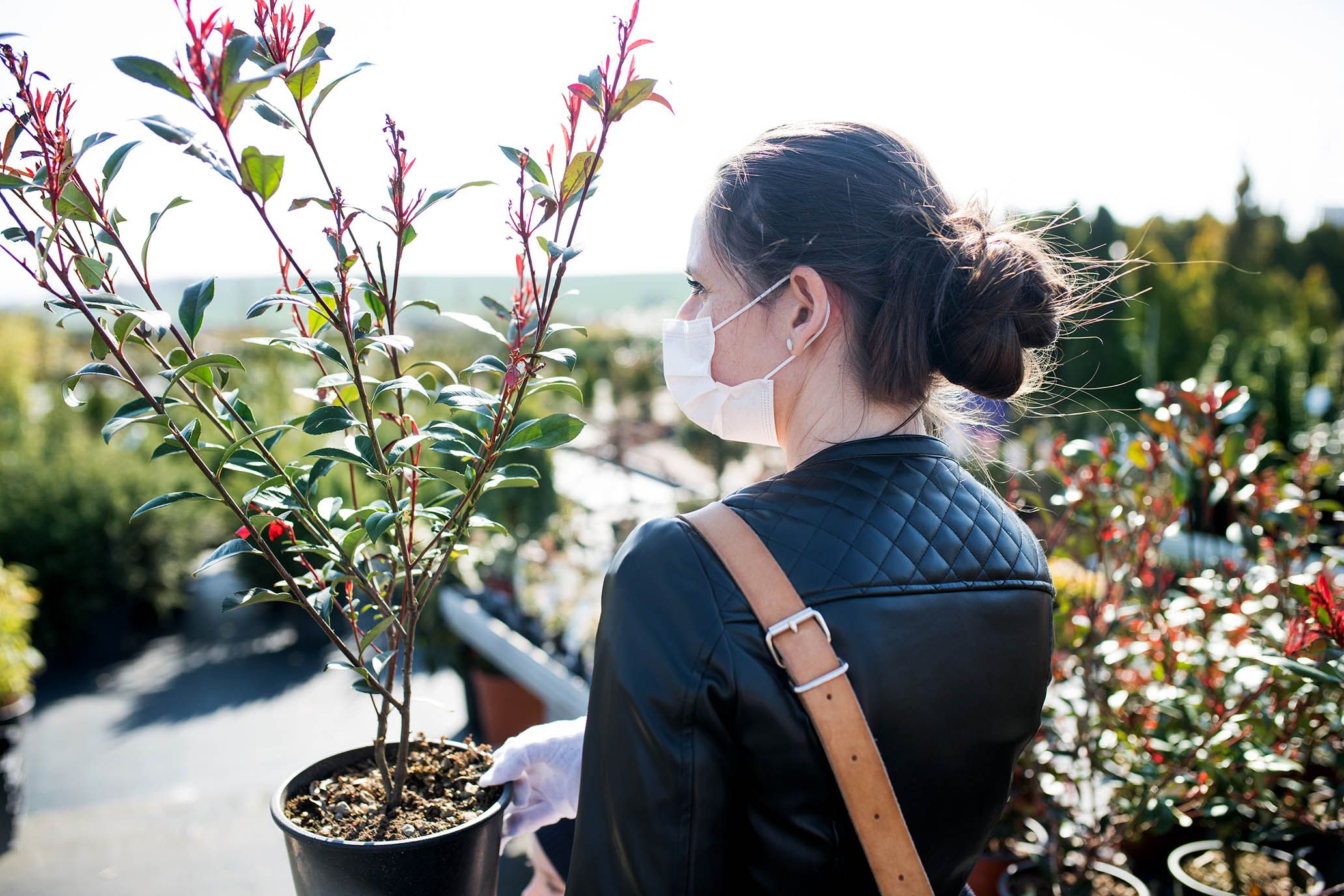 Retail sales grew 12.0% month-on-month in May reports the ONS, a strong recovery on the previous month's slump of -18% and ahead of consensus estimates for a figure of 5.7% to be announced.

The annual year-on-year rate fell by 13.1% in May, but this was had of analyst expectations for a more severe fall of 17.1%, and was a notable improvement on the previous month's -22.7% figure.

"Pick your headline: UK Retail Sales either smashed record in May (+12.0% MoM) or down a huge 13.1% YoY. Reverse into your pre-prepared narrative on the shape of the recovery," says Simon French, Chief Economist at Panmure Gordon. "Overall, data is coming in ahead of OBR/BoE scenarios & closer to single figure output decline in 2020."

On balance, the data suggests the UK economy might be on the mend.

"Even closed shops cannot stop the UK consumer from spending," says Kallum Pickering, Senior Economist at Berenberg Bank. "Despite the continued closure of most non-essential retail stores throughout May as part of the nationwide lockdown to contain the COVID-19 pandemic that started on 23 March, retail spending partly snapped back after collapsing in the previous two months." 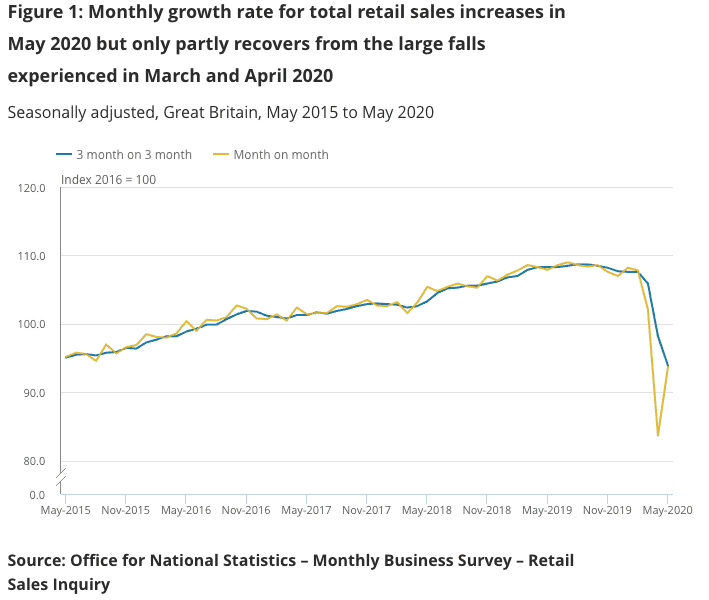 According to the ONS, the engine of growth were non-food stores, aided by a strong increase of 42.0% in household goods stores, with the opening of hardware, paints and glass stores reflected in the positive contribution.

With the high-street still largely shut, the lion's share of the increased spend went online resulting in the proportion spent online soaring to a record in May 2020 at 33.4%, which compares with the 30.8% reported in April 2020.

"The strong uptick in retail even before the opening up on non-essential stores on 15 June suggests the economic recovery started in earnest in May already," says Pickering.

Elsewhere, while there was a strong increase in the volume of fuel sales in May 2020, the ONS says levels still remain 42.5% lower than February 2020, before government travel restrictions were in place.

Consumer confidence - which is a critical determinant in the trend in retail sales - is showing signs of improvement which could underpin the recovery over coming weeks and months.

Data shows consumer confidence rose to -30 in June after falling to an 11-year low of -34 in April and May.

"The modest uptick is more positive than it looks," says Pickering. "The data for the survey were collected in the first two weeks of June, before most non-essential retailers began to open again. While the headline index often provides a good leading indicator for monthly retail sales, since the survey was conducted before the shops were open it probably underestimates the likely rise in June spending– the surprise in the May retail data supports this view." 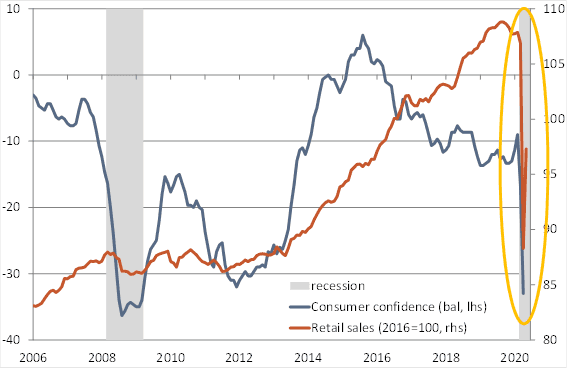 "Previous recoveries have largely been born on the backs of the British shopper – a species that can smell a 0% APR-for-3-years-deal at 100 paces. We must wait to see whether this recession has been enough to kill off those instincts or not," says Jeremy Thomson Cook, Chief Economist at Equals.

But Samuel Tombs, UK Economist at Pantheon Macroeconomics is however wary of the shape of the coming recovery based on today's retail sales data.

"May’s recovery in retail sales should not be interpreted as a sign that the economy is embarking on a healthy V-shaped recovery from Covid-19," says Tombs. "For a start, volumes still were 13.1% below February’s pre-Covid level. In addition, retail sales account for only a third of households’ overall spending."

Tombs says spending on goods will recover faster than on services, which usually require human contact and remain largely unavailable.

"Households likely have reallocated some of the money usually spent on services to buy goods during the pandemic. For example, some people likely used money usually reserved for gym memberships to buy exercise equipment instead. Unofficial indicators of households’ overall spending remain very weak; Barclaycard, for instance, reported that spending fell 26.7% year-over-year in May, not vastly better than April’s 36.5% decline," says Tombs.

The speed of the broader recovery could yet prove disappointing according to Tombs who says households' incomes likely won’t spring back as the economy gets moving again over the coming months.

"The winding up of the Coronavirus Job Retention Scheme likely will lead to a net reduction in households’ incomes, as some of the 9 million workers who have befitted from the scheme will be fired, while others will only be brought back part-time," says Tombs.