- UK GDP contracts 25%
- Worse than great depression
- GBP unfazed
- Instead, it is the recovery that counts 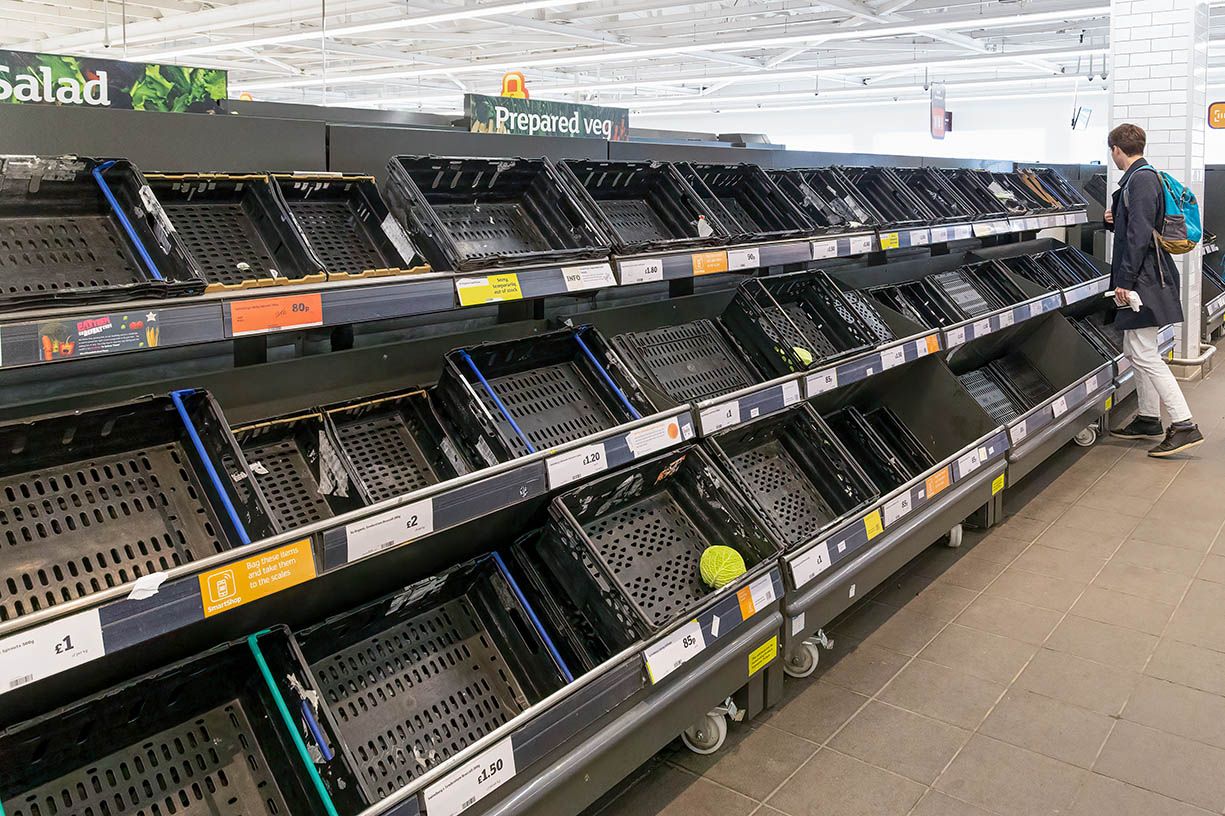 The first official data showing the economic impact of the covid-19 lockdown crisis has been released, and the numbers are worse than economists had been expecting.

"The GDP data reveal that at its peak in April the lockdown reduced economic output by 25%, making the coronavirus crisis by far the deepest recession on record. For comparison, the peak-to-trough fall in GDP was 7% in both the Global Financial Crisis and the Great Depression," says Andrew Wishart, UK Economist at Capital Economics.

Looking at the rolling three month figure, GDP fell by 10.4% in the three months to April, as government restrictions on movement dramatically reduced economic activity, reports the ONS. 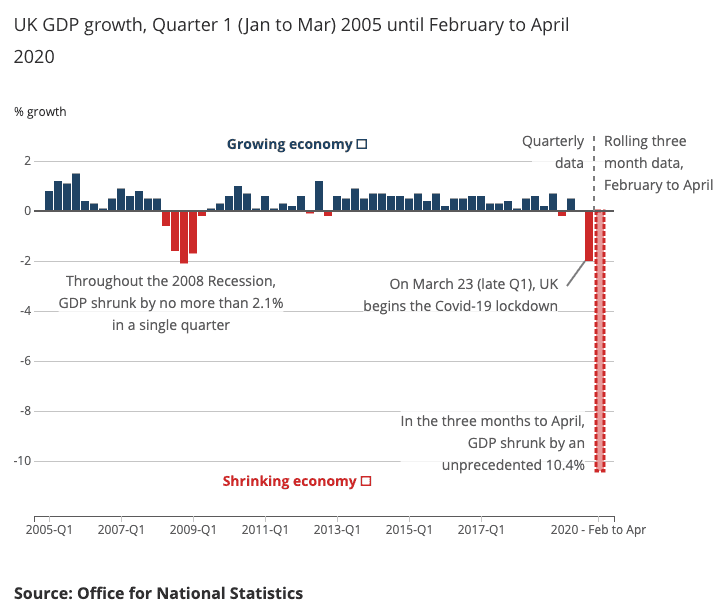 “April’s fall in GDP is the biggest the UK has ever seen, more than three times larger than last month and almost ten times larger than the steepest pre-covid-19 fall. In April the economy was around 25% smaller than in February," says Jonathan Athow, Deputy National Statistician for Economic Statistics at the ONS. "Virtually all areas of the economy were hit, with pubs, education, health and car sales all giving the biggest contributions to this historic fall."

Meanwhile, the UK’s trade with the rest of the world was also badly affected by the pandemic, with large falls in both the import and export of cars, fuels, works of art and clothing. 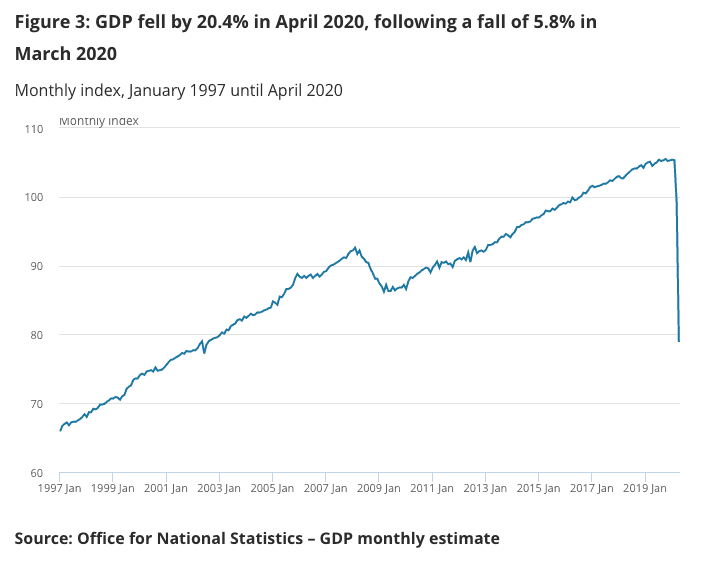 The British Pound however failed to show any negative reaction to the data, as these figures are hardly surprising: yes, they are worse than expected but when you are talking about 25% declines, what is one or two percentage points here or there?

Furthermore, these data are being repeated right across the world, meaning the UK is not necessarily an outlier here, and when it comes to FX, relative performance matters.

What will however be important from a currency perspective is the speed with which economies recover: those that recover faster and with more vigour would almost certainly see their currencies outperform.

Driving the economic slump was a 9.9% decline in activity in the services sector - the UK's most important sector - in the three months to April 2020. But it was the construction sector that was hit particularly hard in April, with output 44.7% lower on a rolling three month basis.

Other data out from the ONS on Friday showed manufacturing production plummeted by 28.5% year-on-year in April, where economists were only expecting a decline of 19.9% to be reported.

Industrial production fell 24.4%, where economists were looking for a decline of 19.3%.

April is however expected to be the nadir for economic activity and economists are expecting a recovery to shape up over coming weeks and months as covid-19 infections and deaths continue their decline, allowing the economy to open up once more.

"Given the lockdown started to be eased in May, April will mark the trough in GDP. So we are past the worst. But the recovery will be a drawn-out affair as restrictions are only lifted gradually and businesses and consumers continue to exercise caution. And while the trough in activity is now behind us, the fiscal cost of the collapse and the rise in the unemployment rate to over 8% that will result are only just starting to emerge," says Wishart.

However, economists at Pantheon Macroeconomics say the climb back will be much slower than the descent.

"The economy will take a long time to recover from the pummelling inflicted by the Covid-19 pandemic," says Samuel Tombs, UK Economist at Pantheon Macroeconomics.

Tombs says the UK risks being a laggard in the recovery, particularly when compared to European nations.

"A variety of unconventional indicators of economic activity—such as energy consumption, online search data and vehicle miles—suggest economic activity is recovering, while surveys of retail sales improved greatly in May. That said, these daily indicators have rebounded less than in many other European countries- - notably Germany - as U.K. lockdown rules have continued to keep most consumer services firms dormant, while the limited reopening of schools this month has continued to prevent many parents from returning to work," says Tombs.

If the UK does indeed lag the rest of the world in recovering, the Pound could come under pressure in coming months, particularly given Brexit trade negotiation risks will also be rising.