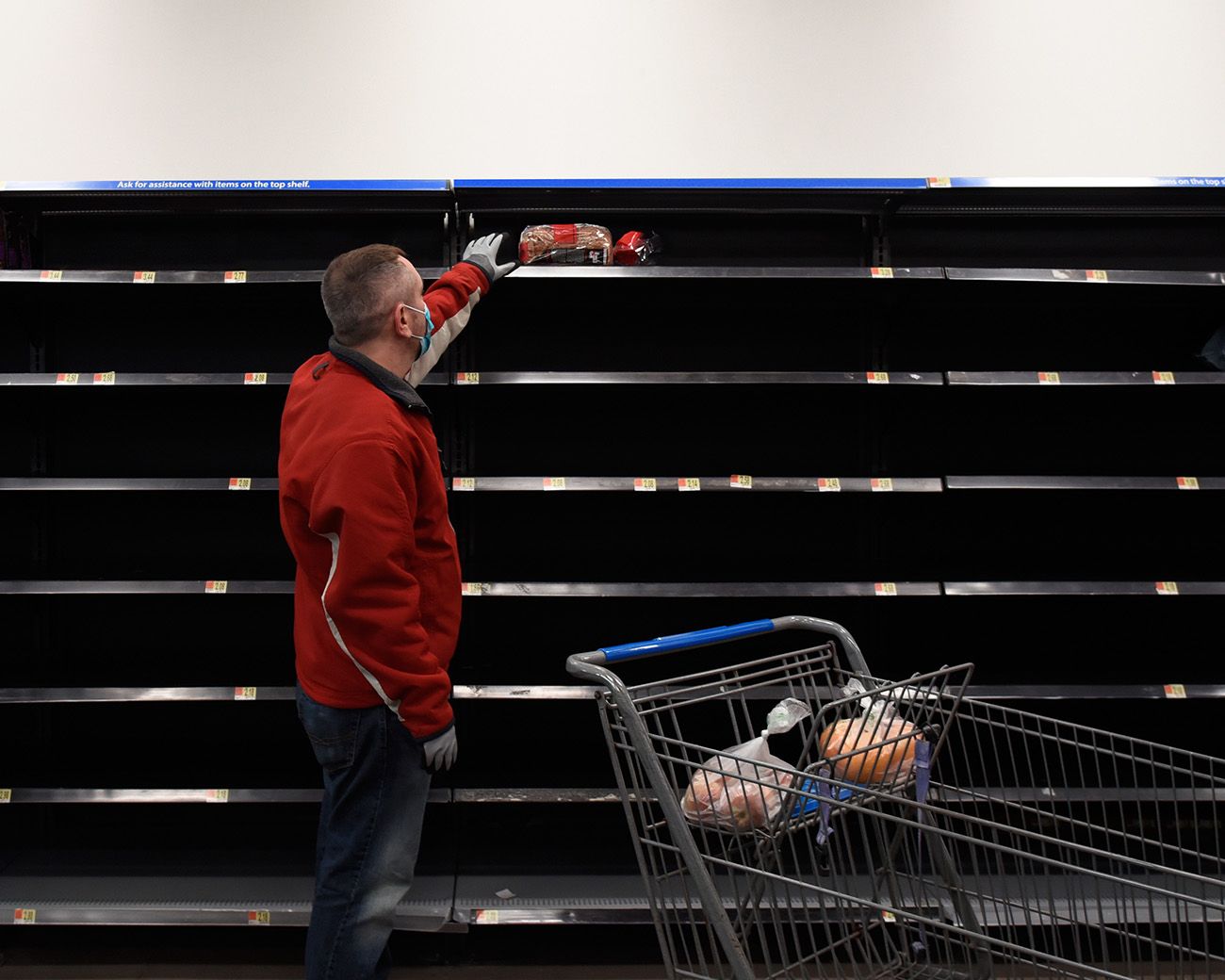 Economists at independent research house Capital Economics have looked at the latest surveys of the economy and concluded the current slump in UK economic activity will be greater than that experienced following the financial crisis of 2008 and the Great Depression of the 1930s.

However, the duration of the coronacrisis will be shorter lived than both episodes.

"The downward revisions to March’s PMIs confirm that the measures taken to slow the spread of the coronavirus have pushed the economy into a recession of unprecedented scale and depth," says Andrew Wishart, UK Economist at Capital Economics.

Last week it was reported by IHS Markit - compilers of the monthly PMI survey series - that the services PMI read at 34.5, a record low.

The final composite PMI - which combines data from the manufacturing and services sectors - as at 36.0, also a record low.

Based on past form, Capital Economics methodology suggests the fall in economic output is consistent with a contraction in quarterly GDP of -2% to -2.5%.

But if based only on the responses received after the 20th March, to reflect better the impact of the lockdown (imposed on 23rd March), Capital Economics research suggests the composite PMI would have only been 30.0.

Projections suggest this is consistent with GDP falling by more than 3%.

"If anything, even this is likely to underestimate the hit to GDP. The PMI is derived from how widespread reports of falling output are as opposed to how deep they are. The fact that many firms have had to cease trading altogether means the true picture is much worse," says Wishart. 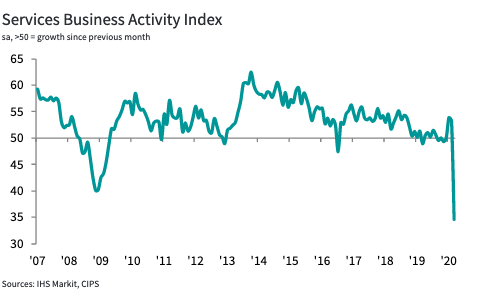 Capital Economics are forecasting a 15% quarter-on-quarter drop in GDP in the second quarter of 2020.

"That would be a larger fall in output than in the financial crisis or the Great Depression," says Wishart.

But the base case at Capital Economics is that the recession won’t be as protracted as was the case in the 2008 recession and Great Depression.

"But recent evidence that unemployment is shooting up despite the government’s support package raises the risk that the recovery takes longer than we expect," says Wishart.

Ethan S. Harris, Global Economist at Bank of America Merrill Lynch (BofAML) says that it is natural to compare the current economic downturn with past recessions, and the Great Depression of the 1930s therefore comes up as a benchmark.

"The good news is such an outcome seems highly unlikely," says Harris.

Using the U.S. economy as a focal point, Harris says GDP dropped by 12.3% in 1930 and by the end of the depression had fallen by about a third.

BofAML say a number of differences can be found between the current slump and that suffered during the 1930s, Harris details each point:

1) "In the 1930s conventional thinking argued for monetary and fiscal tightening in response to the crisis. Thus in preparation for banking panics, many banks tried to hoard cash, and seeing that excess, the Fed drained it from the system.

2) "On fiscal policy there were several premature efforts to balance the budget. By contrast, today both monetary and fiscal authorities understand that a collapse in the economy should trigger massive monetary and fiscal stimulus, and both have delivered.

3) "Almost-as-important fundamental difference is the health of the banking system. In the 1930s there was no deposit insurance so when there were signs of weakness in a bank, there was a rush to remove deposits. This in turn had contagion effects on other banks.

4) "A big part of the Great Depression was a dramatic shutdown of global trade. The trade wars of the 1930s made the more recent trade "war" look like a minor "skirmish" in comparison. Hopefully policymakers understand the dangers."