- But Brexit uncertainty is returning to haunt sector. 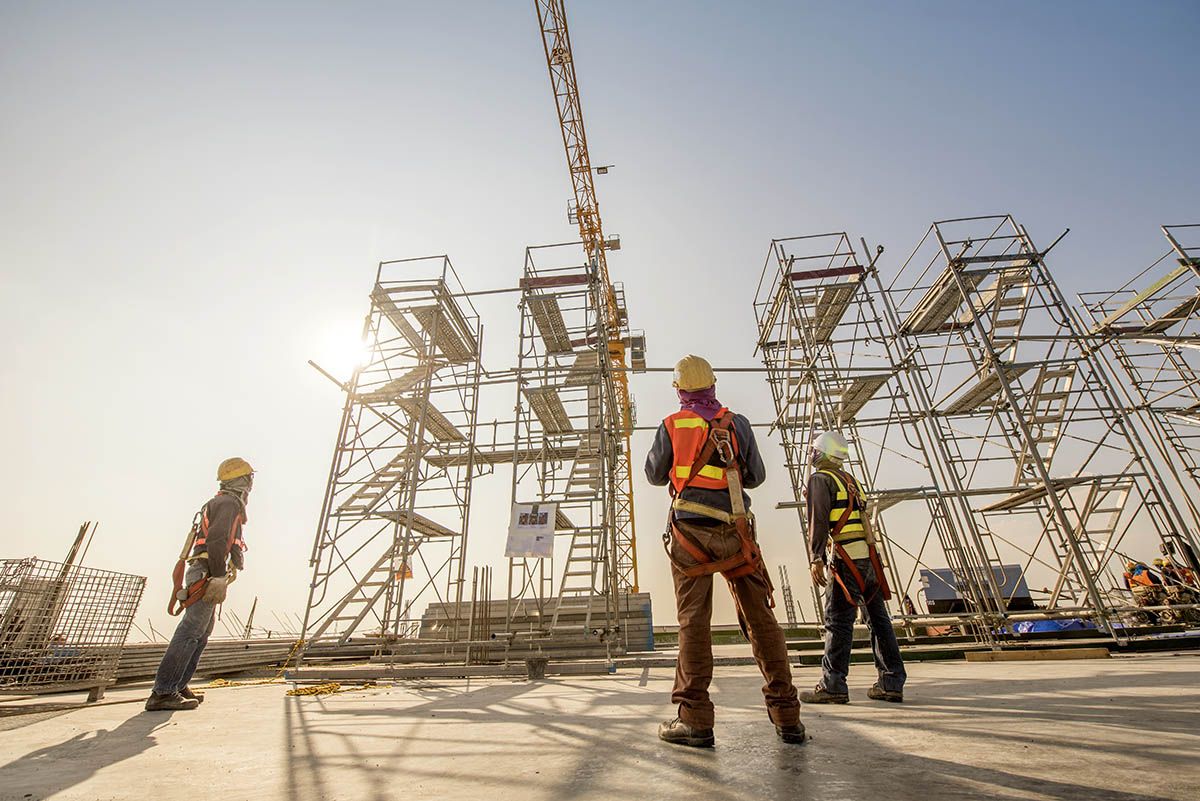 The UK construction industry showed signs of life in January, according to the latest IHS Markit PMI survey, although the nascent ebbing of a protracted downturn might not last for long because the prospect of an 'Australia deal' Brexit is now set to haunt the sector throughout the year ahead.

Tuesday's survey for January saw the UK Construction PMI rise from 44.4 to 48.4, ahead of the consensus for a reading of 48.1, giving hope that the near-year-long downturn in the industry might be coming to an end.

Optimism among construction firms rose its highest level since April 2018 last month as the dust settled on the election and uncertainty receded further, with client demand having increased "widely".

New orders rose in January and investment intentions picked up after the December election result was seen as reducing the risk of an imminent 'no deal' Brexit and potentially burying it in the ground for good given the large size of the parliamentary majority awared to Prime Minister Boris Johnson.

"Commercial work dropped at the slowest pace since the start of 2019," says Tim Moore, an economics associate director at IHS Markit. "UK construction companies also commented on signs of a turnaround in demand conditions across the residential development category during January. Civil engineering remained the weakest performing area." 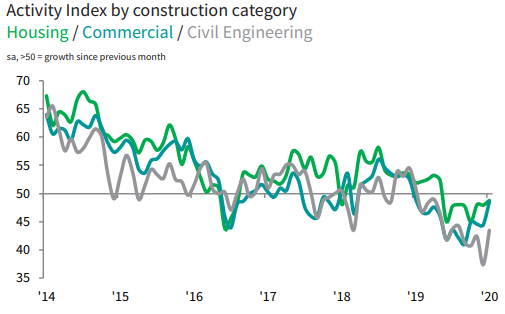 The construction PMI has been below the 50 level ever since February 2019 while the sister manufacturing and services surveys have also pointed to softer growth in the UK's other two main sectors, all of which are trends that have been confirmed in the official output data. However, all have rebounded since the election and some economists have tipped that they could rise further in the months ahead if a large fiscal stimulus is unveiled in the March 11 budget.

"January's Markit/CIPS manufacturing survey suggests that the outcome of the general election has brought manufacturers some momentary relief. We doubt, however, that the sector is on course for a prolonged recovery, given that the government is doubling-down on its hard Brexit stance," says Samuel Tombs, chief UK economist at Pantheon Macroeconomics.

Above: Market consensus for UK economic growth and other indicators. Source: HM Treasury.

The rub for the economy is that 'no deal' Brexit risk is returning to haunt it after a short-lived hiatus, with Boris Johnson having said in a landmark speech Monday that he'll  seek a Canada-style free trade agreement with the EU during talks that are now getting underway and that the only alternative he'd be willing to accept is an 'Australia deal Brext' that would see the UK and EU trading with each other on World Trade Organization (WTO) terms.

Concerns over an "Australia deal" Brexit weighed on sentiment among companies last year, leading business activity to fall and leaving households to do the heavy lifting. The economy grew just 0.6% for the 12 months to the end of November, which is far below the BoE's estimate of the economy's inflation-producing rate of expansion, not to mention an actual 1.3% inflation rate that's a long way off the 2% target of the BoE.

Brexit talks are set to take until at least year-end although the UK has only until the end of June to request any extension of the transition period provided by the EU withdrawal agreement and economists were already looking for growth to slow again in 2020 even before Monday's headline-grabbing speech from Johnson that now risks reversing the recent 'Boris Bounce' in the PMI surveys and further undermining the outlook for the year ahead.