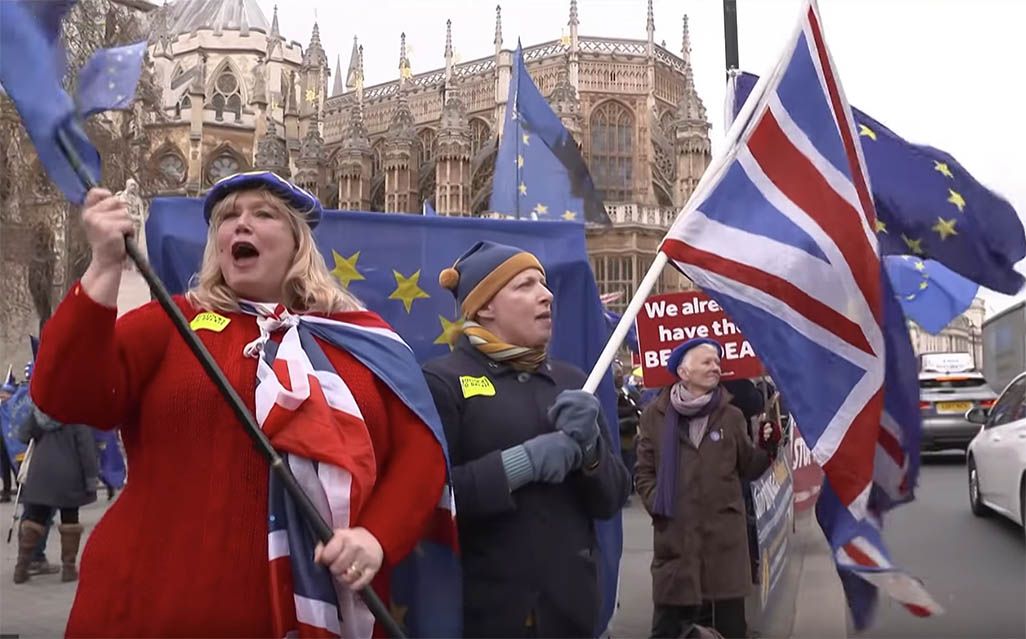 Analysts at Berenberg Bank have this morning taken another look at potential Brexit outcomes following news that Prime Minister Theresa May has reached out to opposition leader Jeremy Corbyn to try and establish a Brexit deal that can secure the support of the House of Commons.

On paper, this suggests the UK will soon have a Brexit deal in place, bring to an end months of political deadlock.

However, we are told by Berenberg that the prospect of a 'no deal' Brexit has in fact risen.

"Around 170 Conservative MPs seem to prefer a hard Brexit over any Brexit that is softer than May’s deal and could thus be acceptable to Labour and/or a majority in parliament. If May is unable to present the EU with a credible plan on 10 April, the EU may refuse her request for a further delay. We thus raise the risk of a hard Brexit to 20% from 15% that could come as soon as 12 April," says Kallum Pickering, Senior Economist at Berenberg Bank in London.

Indeed, we have seen a strong negative reaction to May's advances to the Labour Party by her fellow Conservative Party colleagues.

Boris Johnson, former Foreign Secretary and potential Conservative leadership contender says, "the PM and cabinet have concluded that any deal is better than no deal, and this is truly a very bad deal indeed - one that leaves us being run by the EU. I can under no circumstances vote for a deal involving a customs union as I believe that does not deliver on the referendum."

Berenberg have meanwhile lowered their estimations for a number of 'soft' Brexit outcomes.

"Many Labour constituencies in the north of England backed Brexit in order to end free movement of people. If the UK stayed in the full single market, its border would remain open to EU migrants. Labour leaders may try to avoid that. We thus reduce the probability of the Norway plus option to 10% from 15%," says Pickering.

Berenberg also lower the chance of no Brexit to 20% from 25%.

"This implies a 30% likelihood of a new referendum which would probably, but not surely, revoke Brexit," says Pickering.

The British Pound was seen trading higher against its peers on Wednesday, April 03 after Prime Minister Theresa May offered to engage in cross-party talks to find consensus on a Brexit deal that could command a majority in the House of Commons.

By engaging opposition parties, markets believe 1) a Brexit deal might finally be approved and 2) the type of Brexit will be a 'softer' one; both outcomes that lend themselves to a stronger Pound.

Speaking in Downing Street late on Tuesday, the Prime Minister said she will ask the EU for a second extension to delay Brexit, but that it must be as short as possible.

The reaction from Labour leader Jeremy Corbyn was a positive one:

"We will meet the Prime Minister. We recognise that she has made a move, I recognise my responsibility to represent the people that supported Labour in the last election and the people who didn't support Labour but nevertheless want certainty and security for their own future and that's the basis on which we will meet her and we will have those discussions."

Labour advocate the joining of the EU customs union to guarantee a strong trading relationship with Europe, and it should therefore come as no surprise that Bereberg have raised their probability of a customs union being joined.

"May’s speech signals a pivot away from her own idea of a free trade agreement with the EU towards a softer Brexit that could win a majority in parliament. We thus lower the probability that May’s deal will be adopted to 5% from 10%. We raise the probability of the customs union option further to 45% from 35%. It is backed by Labour and came close to a majority in Parliament’s last indicative vote on Monday," says Pickering.