- But growth and BoE outlook from Q2 onward hinged on Brexit

The UK manufacturing sector appeared to rebound from its winter lull in March after activity surged ahead of the UK's pending departure from the EU, leading economists to anticipate a larger contribution to first-quarter GDP growth than previously thought.

The IHS Markit manufacturing PMI rose from an upwardly-revised 52.1 in February to 55.1 in March, its highest level since the same time last year, as manufacturers scrambled to boost stockpiles of parts and finished goods ahead of the UK's departure from the EU.

Stocks of parts and finished goods rose at their fastest pace since records began during March, while uptrends in factory output, new orders and hiring all strengthened further. Fears of possible disruption at ports were cited as a key factor behind the increase in activity.

"The increase in the output balance, which has the best relationship with the official manufacturing output data, points to a recovery in quarterly manufacturing growth from -0.9% in Q4 to +0.5% in Q1. That is consistent with a 0.15ppt boost to quarterly GDP growth," says Andrew Wishart, an economist at Capital Economics.

Wishart says that Capital Economics' forecast of 0.3% for first quarter GDP growth would easily be achieved if Wednesday's services PMI shows the UK's largest economic continuing to grow in line with its recent trend.

"It is particularly notable that export orders picked up from 49.8 to 51.2 given the contraction in manufacturing in the euro-zone. The manufacturing PMI for the bloc fell from 49.3 to 47.5 in March. The upshot is that solid domestic demand might help UK manufacturing to shrug off the weakness on the continent," says Wishart.

Markets care about the PMIs because, covering the UK's three largest sectors, they are an important indicator of momentum within the economy.

An economic pick up in the first quarter could be enough for markets to begin taking the Bank of England (BoE) a bit more seriously each time it says it intends to raise Bank Rate again once it has visibility over the likely outcome of the Brexit process.

The bank has said exactly that repeatedly in recent months, citing a strong labour market and wage growth that risks stoking an already-elevated consumer price index. However, financial markets have recently begun speculating there is a chance the BoE could be forced to cut interest rates before the year is out.

The overnight-index-swap-implied Bank Rate for December 19, 2019 was just 0.67% on Monday, beneath the current 0.75%. And even though many economists have suggested growth picked up in the current quarter, there is unprecedented uncertainty about what might be lurking just around the corner.

Second-quarter and 2019 GDP growth will be determined in large part by developments in the Brexit process, which is approaching its endgame.

"We continue to doubt that precautionary stockpiling for a no-deal Brexit will boost GDP, because manufacturers primarily are buying imports and are tying up cash that otherwise might have been used for investment. All told, then, the PMI should not instil any confidence about the near-term outlook for the manufacturing sector," says Samuel Tombs, chief UK economist at Pantheon Macroeconomics.

Much like Wishart, Tombs also forecasts UK GDP growth of 0.3% for the first-quarter. However, he is doubtful Brexit-related stock-building will have made much of a positive contribution to growth in the first-quarter.

April 12 marks the deadline for Prime Minister Theresa May to choose between requesting a much longer extension of the Article 50 negotiating window that would certainly require participation in the EU parliament elections, or a so-called no deal Brexit.

PM May has previously said the UK will not leave the EU without a deal unless there is a House of Commons majority in favour of it and MPs are already gearing up for another series of "indicative votes" that could yet enable them to force the government off down a different path.

The BoE cut its interest rate two months after the EU referendum of 2016, citing uncertainty about the future and what it said were signs of an economic slowdown.

That swift response suggests the bank could easily feel compelled to cut rates again if a so-called "no deal Brexit" takes place at any point. 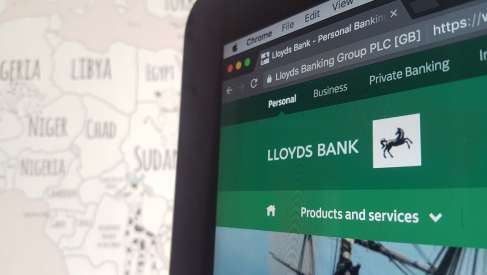 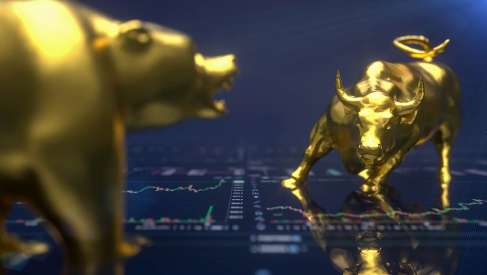