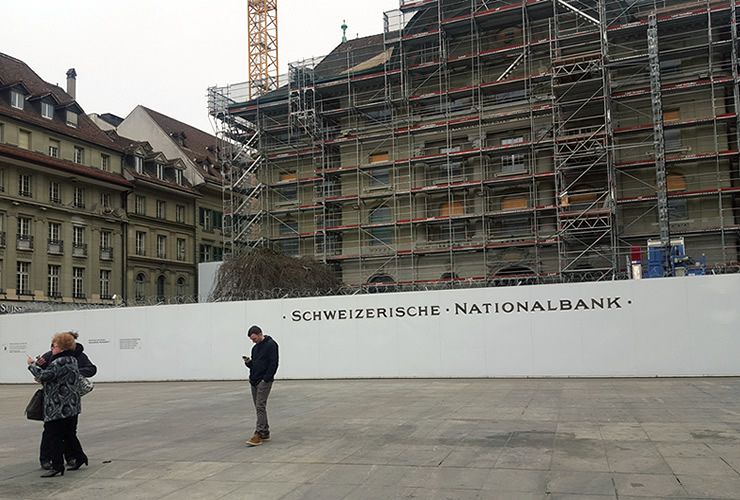 Above: The EUR/CHF is near the SNB's previously-maintained preferred level. Image (C) Pound Sterling Live.

Traders will see little reason to stop selling the Franc now it has finally found the psychologically and historically significant 1.20 level again, according to major bank analysts.

The Euro-to-Swiss Franc exchange rate is presently quoted at 1.1942, having gone as high as 1.1998 last week before a flood of sell-orders around the 1.20 level triggered a retreat.

How temporary will this retreat, in what has been quite a concerted uptrend, last?

We are hearing that the Euro is likely to continue rising against the Swiss Franc, regardless of how poorly the single currency performs versus its other counterparts. In short, if the Euro is set to underperform - the Franc is expected to doubly do so.

According to Hans Redeker, chief strategist for Morgan Stanely, EUR/CHF looks poised to break 1.20 before long, "our positive view of near-term risk appetite should keep CHF weak. This is likely to be boosted by strong US Q1 corporate earnings and a moderation in trade rhetoric."

The Swiss National Bank (SNB) is not likely to be in any hurry to prevent the Franc from weakening further - if anything it has spent most of its recent existence fighting to artificially weaken the Franc so as to keep Swiss exports price-competitive.

The EUR/CHF rate is now finally re-approaching the 1.20 level which the SNB used to defend as a floor, until it failed and the exchange rate famously crashed through 1.20 in January 2015 reaching the 0.96s within minutes as a result. 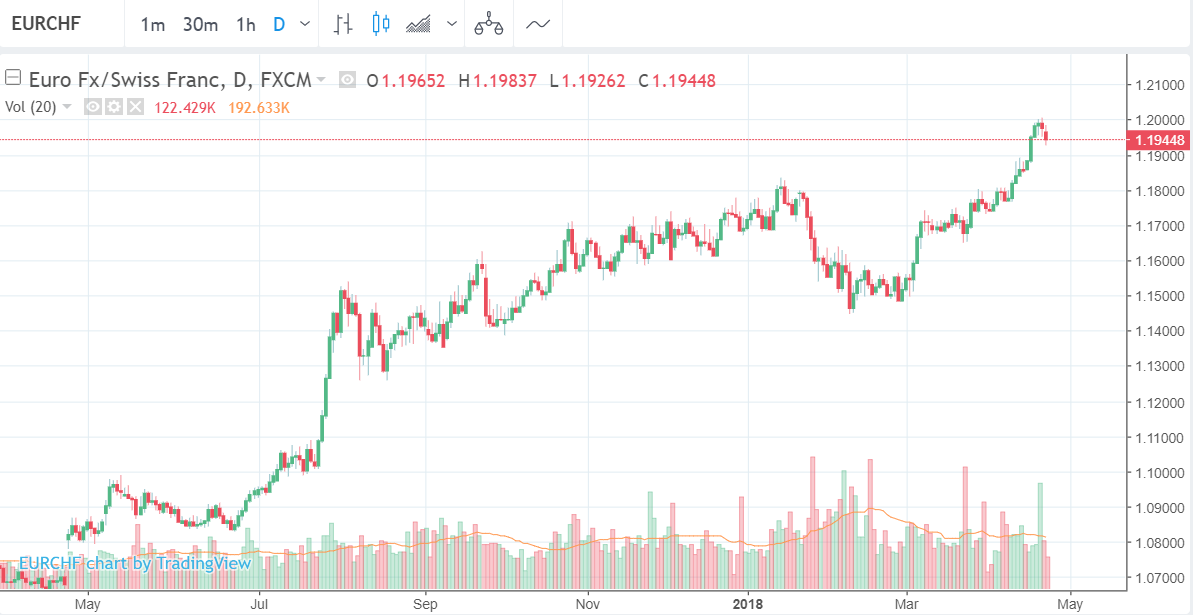 "The SNB looks poised to remain accommodative, with the central bank's Moser and Maechler emphasising that a tightening in monetary policy remains far away," says Redeker.

"In our view, EUR/CHF at 1.20 is no automatic trigger for policy tightening by the SNB, notwithstanding the connection one may draw with the old 1.20-floor level. We see the speed limits for EUR/CHF a little higher from here (closer to 1.25) and expect CHF weakness to extend," says Lefteris Farmakis, an FX strategist at UBS.

For those still in doubt, the SNB have themselves described the exchange rate situation as 'fragile', and therefore requiring sensitivity rather than aggressive intervention.

"The SNB's currency view is the characterisation of the FX market as 'fragile'. In this way the SNB intends to convey a requirement of stability in the FX market that precludes sharp tightening in financial conditions due to rapid CHF appreciation," says Farmakis.

However, in addition to these reasons, which also include the argument the Franc is still overvalued, by more than 6% (UBS), is also its emergence as an increasingly attractive carry trade funding currency.

A strategy note out from investment bank TD Securities also eyes the Franc's status as a funding currency as being one reason why EUR/CHF might soon crack above 1.20, but analysts do sound a warning.

"The break of the "symbolic" 1.20 level in EURCHF has captured some attention," say TD Securities in a note released April 23. "We caution chasing it higher, as part of it is based on local flow dynamics, tighter funding costs and perhaps some carry trade aspirations."

Still, "CHF is no longer overvalued and it is unlikely that the SNB will continue to have to recycle the current account surplus," add TD Securities.

Carry Trade Firing Gains: How Does it Work?

As mentioned, the funding currency / carry trade dynamic appears to be playing an important role in the Swissie's movements.

The carry trade is a piece of financial alchemy which allows traders to make a - sometimes - risk-free profit by using a combination of currency trading and interest rate arbitrage.

The carry trader starts by borrowing money in a low-interest rate 'funding' currency such as for example the Swiss Franc, where base interest rates are so low they are actually negative, at -0.75%.

Essentially this might mean the trader is either paying nothing to borrow the money or is actually being paid to take the money (negative interest).

The carry trader then uses the money to buy a currency in a jurisdiction where interest rates are higher, such as in the US, where they have been cranked up to 1.75% by the Federal Reserve, or perhaps even somewhere like India, where rates are even higher at 6.0%. This means simply by holding US Dollar or Rupees in a US or Indian account the money will earn 1.75% or 6.0% per annum.

The difference between what the carry trader earns in interest compared to what has to be paid in interest on the original loan in Francs is the profit margin.

If the exchange rate rises in favour of the carry currency too then the profit increases even more. In this case, the carry trade would make even more money from the US Dollar or Rupee rising versus the Franc but lose profit if the opposite were to happen.

The combination of low-interest rates and downtrend in the Franc has made it a particularly attractive carry trade funding currency, and this may also have further supported its depreciation, since it will have been sold in greater amounts to fund carry deals, creating a negative feedback loop.

As such, in this sense, the Franc's outlook continues to suffer, as a further factor weighs against it due to FX carry.

Pound to Dollar Rate's Rally a Signal the Worst is Over: FX Pro

HSBC says it dosn't anticipate the EUR/CHF exchange rate falling back to parity, instead they now see looming Franc weakness.

The Swiss Franc was a notable underperformer within the complex of perceived safe-havens during the final session of the week while the recently troubled Japanese Yen was the outperformer even as U.S. government bond yields lifted the Dollar against most other major currencies. 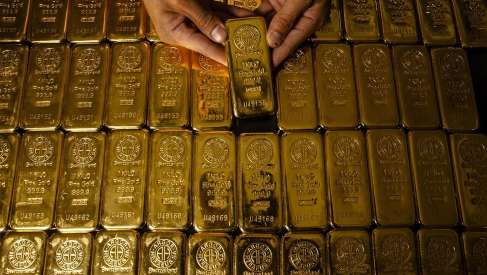 Gold Puts a Shine on the Swiss Franc: Bank of America

"The Swiss trade balance has remained in surplus territory: in essence, Swiss trade resilience to the global terms of trade shock has been another reason why CHF has been more durable in the current environment" - Bank of America.

The Swiss Franc came under pressure from the Dollar, Euro and others in the mid-week session but would potentially be left at growing risk of further declines over subsequent weeks if the European Central Bank (ECB) continues on Thursday with its pivot toward a normalised monetary policy.