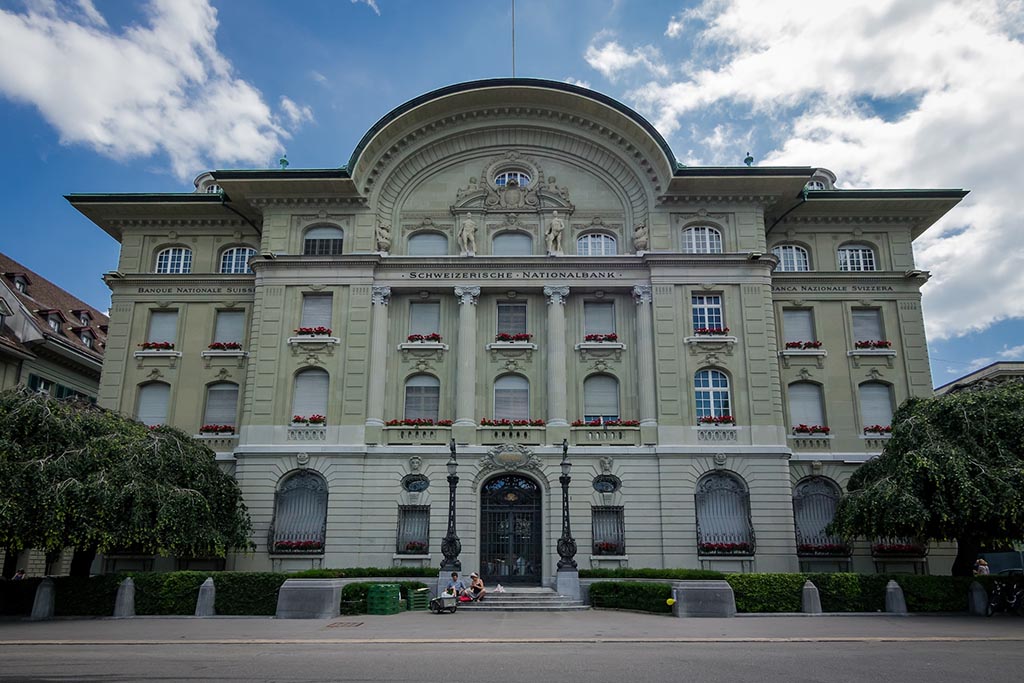 "EUR/CHF had been under pressure during a period of risk aversion," says Jeremy Boulton, a Reuters market analyst. "Surprise rise may well be the work of Swiss central bank intervention".

Last week saw a more protracted period of selling as investors fretted about a slowing global economy owing to the spread of the Covid Delta variant.

In keeping with tradition, the Swiss Franc joined other 'safe haven' assets and appreciated during the period.

The Pound-to-Franc exchange rate fell to a low of 1.2467 last week but is now looking to record a fifth successive day of gains, quoting at 1.2583. 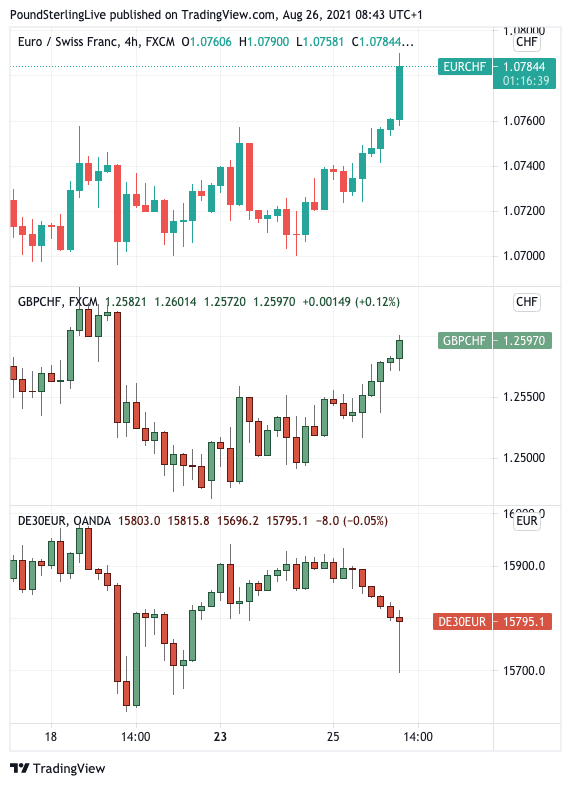 Above: The Franc is lower against the Euro (top) and Pound (middle), despite the dip in stocks (highlighted by the German DAX (bottom). Note the break in relationship over the past 24 hours.

The failure of the currency to maintain its relationship to risk conditions has piqued Boulton's interest.

"Surprise EUR/CHF and EUR/USD upticks may be signs SNB has returned to market," says Boulton.

Any intervention will however serve to increase investor caution when placing bets on the Franc, thereby assisting the SNB in preventing its currency from becoming too expensive.

"Looking ahead, the SNB’s more aggressive policy stance, despite any external criticism, coupled with better growth expectations for Europe as a whole should help the currency depreciate gradually," says Valentin Marinov, Head of G10 FX Strategy at Crédit Agricole.

Crédit Agricole note sight deposits at the SNB - a key indicator of intervention - have been rising again, "which may point towards renewed currency interventions," says Marinov.

Georgette Boele, Senior FX Strategist at ABN AMRO says the SNB will try to limit to the strength of the franc.

"It is unlikely that the Swiss National Bank will welcome the general strength of the franc. In June it already stated that the franc remains highly valued and that it remains willing to intervene in the foreign exchange market when necessary, while taking the overall currency situation into consideration," says Boele.

Confirmation of any FX intervention by the SNB will become clear when the central bank issues its latest foreign exchange holdings data on September 07.