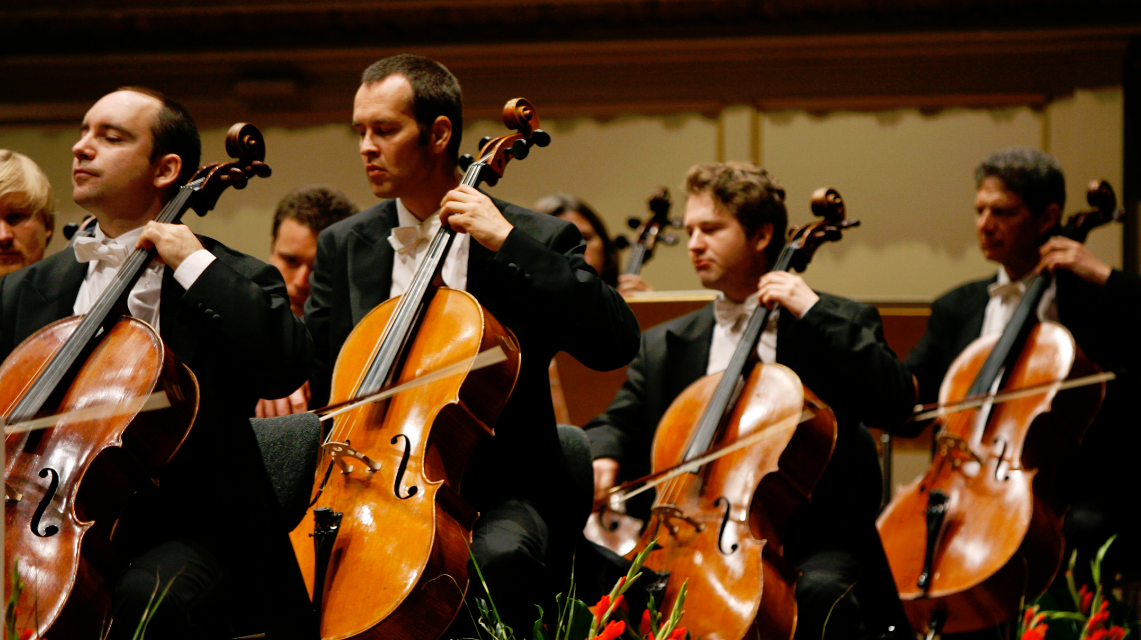 The Franc appeared to reach an intermediate plateau in its year-to-date descent on Friday as the safe-haven store of value slipped in front of Sterling and the Swedish Krona, but a looming period of divergence between central banks could be about to set the Swiss currency onto the slides again as soon as next week.

Switzerland's Franc was close to the bottom of the major currency bucket on an intraday basis ahead of the weekend, as well as for the 2021 year-to-date, as the safe-haven unit slipped through the rankings in spite of widespread losses for stock markets in Europe and elsewhere.

The Franc's comparative underperformance in adverse market conditions came after the Federal Council in Berne cited "a deterioration in the epidemiological situation," for a decision to postpone any further easing of coronavirus-related restrictions over the short-term. 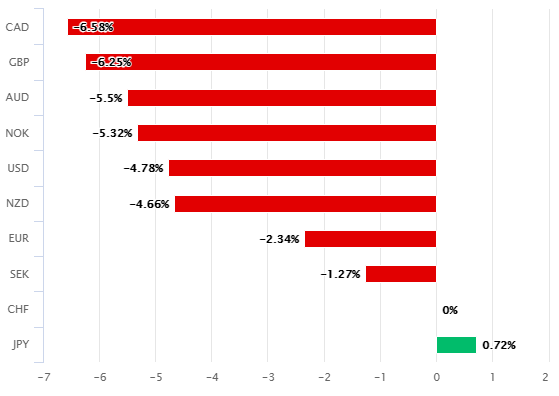 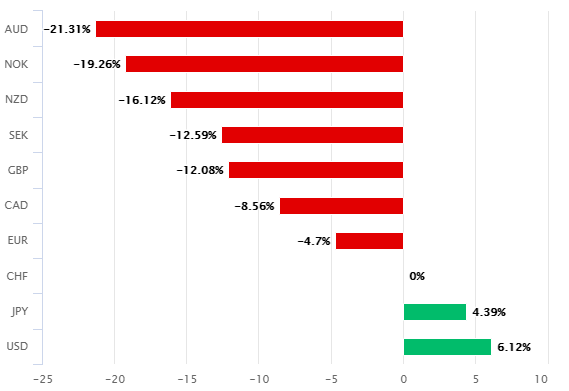 Swiss Franc performance against major  currencies in 2021 (left) and 12-months to March 10 (right).

Switzerland's Federal Council did go ahead with an increase to the numbers who can attend indoor gatherings, to ten from five previously, but said rising infections and hospitalisations would prevent  additional steps ahead of a vaccine rollout scheduled to begin next month.

"Three of the four indicator values set by the Federal Council for the second phase of reopening have been exceeded for several days now," the Federal Council statement reads. "Case numbers are also rising in all of our neighbouring countries despite the fact that the measures in force in certain countries are significantly stricter."

New and more deadly variants of the virus have recently accounted for 80% of infections detected in Switzerland and "the number of vaccinations is still too low to prevent a sharp rise in hospital admissions," the council said. 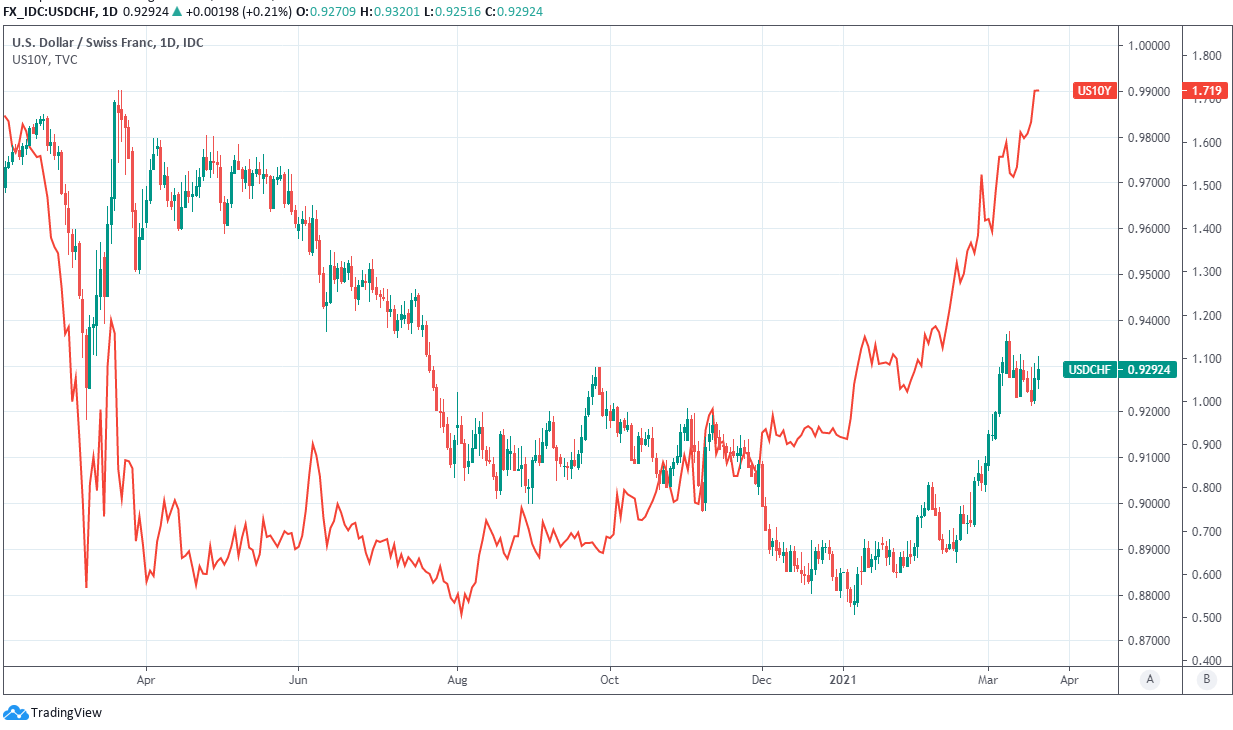 This was at the end of a week in which Italy and France returned many large population centres to all-out 'lockdown,' and after German officials warned that current restrictions on social contact and commercial activity may have to remain in place for longer than has so-far been planned.

"The highlight next week will be Thursday’s Swiss National Bank policy meeting. Expect this to result in the familiar refrain of keeping rates at -0.75% and the threat of further FX intervention to weaken the CHF," says Francesco Pesole, a strategist at ING, who has a one-month EUR/CHF target of 1.12.

This all comes ahead of the March policy decision and statement from the Swiss National Bank (SNB), due out at 08:30 London time next Thursday and just as divergence creeps into a once-synchronous global central bank picture, with implications for all currencies but arguably and especially the Franc. 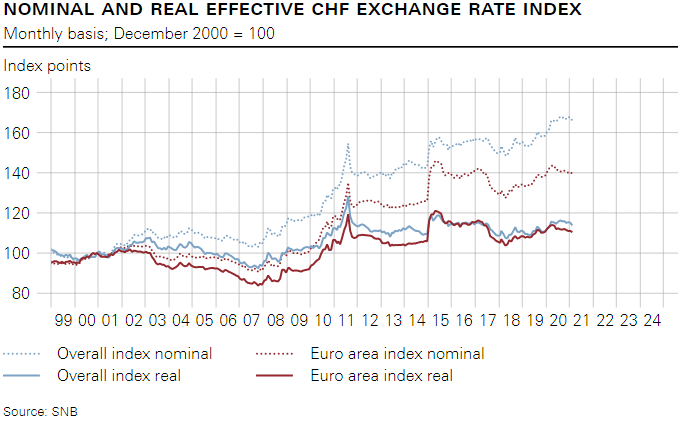 Above: Real and nominal exchange rate indices for CHF and EUR. Clicking image will enlarge it within a new broswer tab.

Switzerland's chronically overvalued currency was only an inch from the bottom of the bucket for 2021 on Friday, but USD/CHF was still -5.6% lower over a 12-month lookback window, leaving the Franc stronger against a U.S. Dollar that is among the global leaders in terms of coronavirus vaccinations.

U.S. vaccine progress and a mammoth $1.9 trillion support package signed off just last week by President Joe Biden are a big part of why the Federal Reserve (Fed) showed little concern Wednesday about recent increases in U.S. bond yields this year some of which have doubled since New Year.

That's all supportive of a Dollar that has scope to move higher against many troubled currencies though notably the Franc. But what's true for USD/CHF is also true for GBP/CHF as a similar scenario to that in the U.S. has also played out in the UK and with Pound Sterling, which has been vying with the Canadian Dollar for the top spot among major currencies in 2021. 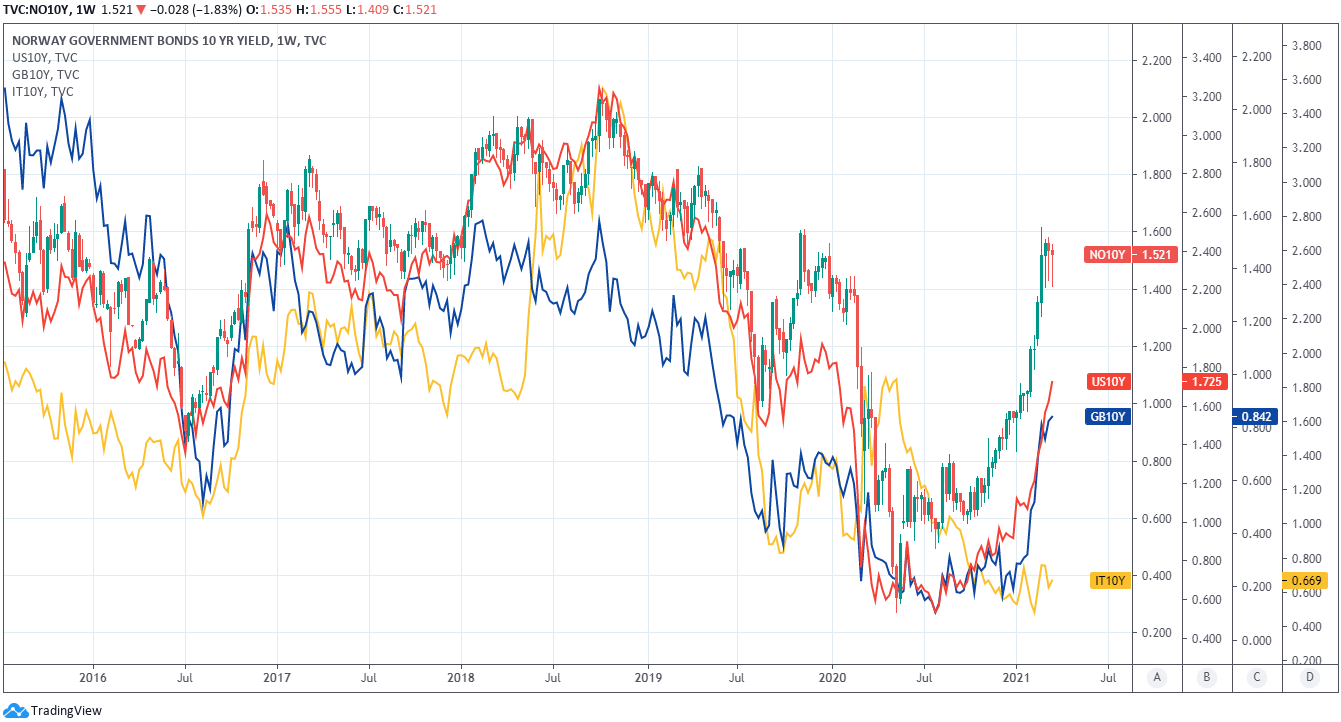 Much like the Fed, the Bank of England (BoE) did not protest recent increases in bond yields or Sterling exchange rates this Thursday. Yields are returning from record lows and the BoE's judgement is for now at least that the UK economy can weather recent increases as well as current levels.

"While the Bank of Japan’s adjustments to its policy framework have limited near-term market implications, we think they are illustrative of differing central bank outlooks that will ultimately lead to further divergence in the yields of long-term government bonds across countries," says Thomas Mathews, a markets economist at Capital Economics. "Long-term government bond yields will keep rising more in the US than in Europe or Japan."

Limited near-term implications are the result of a tepidly and tentatively diverging policy stance from the Bank of Japan this week, but before the BoJ, the BoE and the Fed came the Norges Bank, which telegraphed even earlier on Thursday that it's more-than content with the current level of yields.

Norwegian policymakers are entertaining an interest rate rise as soon as September as part of a bid to fend off above-target inflation pressures - possibly making them an envy of colleagues at the SNB while almost certainly making the Krone a good bet for appreciation in weeks and months ahead. 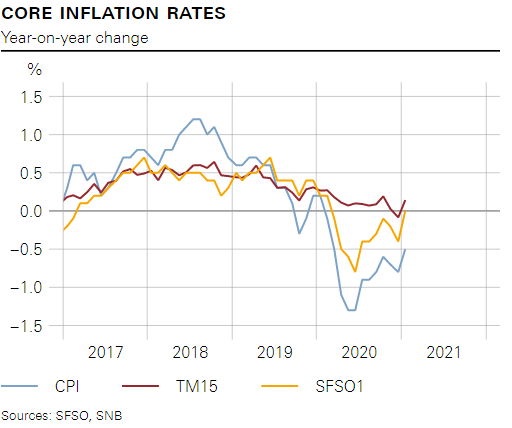 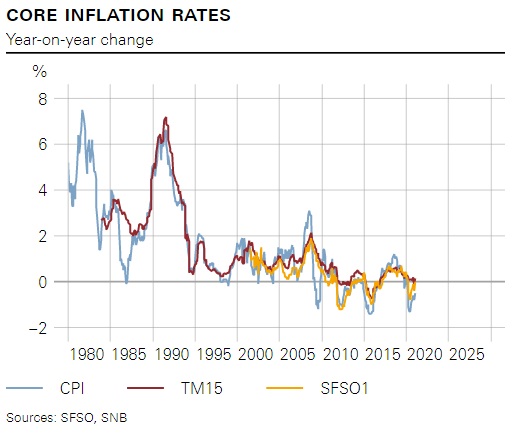 Source: Swiss National Bank. Clicking each image will enlarge it within a new broswer tab.

"You don’t need to be a mind reader to figure out what the Norges Bank is thinking, and it now expects to start raising rates," says Capital Economics' David Oxley. "The Bank has established a reputation for doing what it says."

But on the flipside things are not as favourable for policymakers elsewhere in Europe including in Switzerland, which neatly explains why the Euro and other European currencies have edged lower as 2021 has unfolded.

The European Central Bank (ECB) not only protested yields but even brought forward bond purchases under its quantitative easing programme to prevent borrowing costs rising for sovereigns, companies and households.

Lacklustre vaccination programmes have been instrumental in determining the order of the major FX performance table in 2021 although a good number of the lagging countries including Switzerland have economies which have long struggled to deliver the generally-2% inflation targets that are expected of them.

Mixing economic underperformance with tendencies toward lesser price growth is to ask for currency depreciation with open-armed enthusiasm. 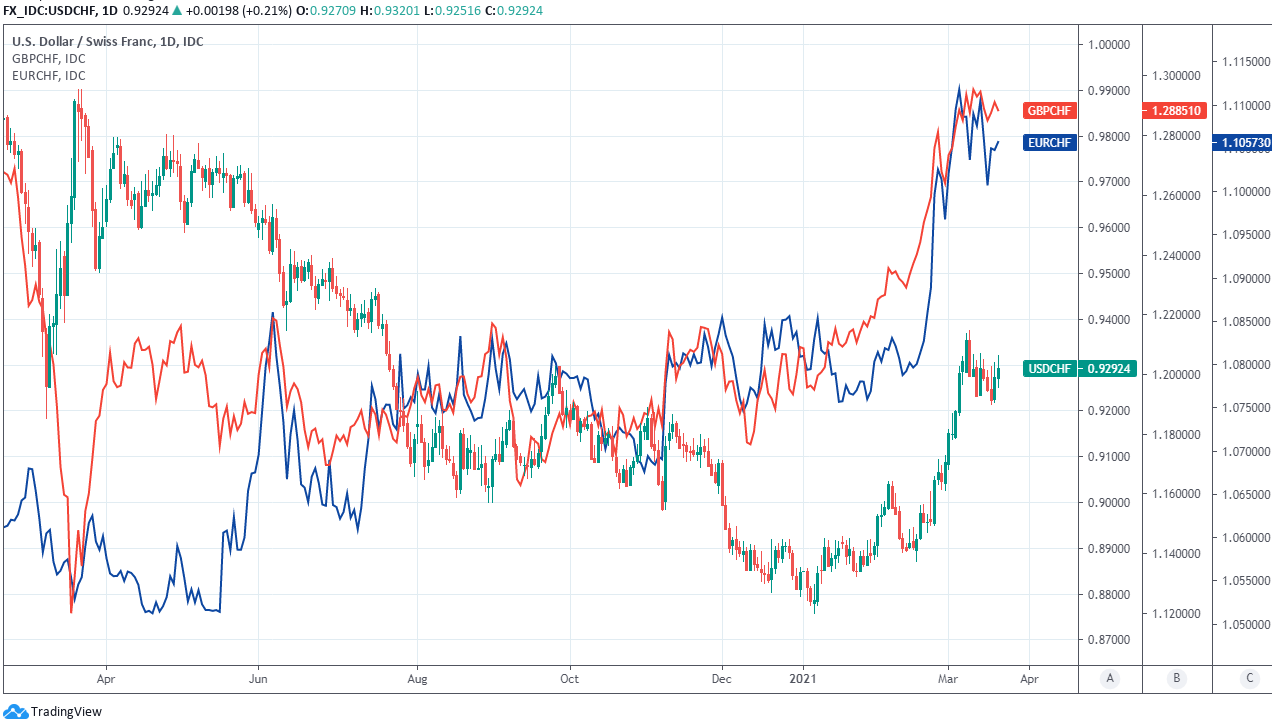 "In some ways, the market has been doing the job for the SNB - discriminating between high yielders vs yielders. We expect the SNB to be way down the list of central banks that will normalize policy. As this gap widens, the flow of fund pressures from the Swiss financial account will also rise," says Kamal Sharma, a strategist at BofA Global Research. "With global growth about to enter a sweet spot in Q3/Q2 the risk to our EUR/CHF profile is squarely to the upside."

Exchange rates tend to rise in response to increased bond yields and expectations of higher interest rates but in the process of this they also act to reduce the cost of imported goods and services; thus lessening the degree to which economies need be constrained by higher borrowing costs. However, and on the flipside the opposite is also true of falling bond yields, declining exchange rates and deteriorating expectations for interest rates.

Interest rate changes and tools like quantitative easing are generally preferred by central bankers for controlling inflation but the Swiss National Bank prefers direct intervention in the currency market and as has been demonstrated through frequently voiced European Central Bank concerns about strength in the Euro; currency moves are far from being insignificant factors in the cultivation and, or containment of inflation pressures.

"CHF and EUR swap curves have both lagged the global steepening trend so far in 2021. Between the CHF and EUR, however, we would argue that there is room for EUR curves to steepen relative to CHF. This reflects the difference in outlook of liquidity in the banking sector over the medium term: loans by the European Central Bank (ECB) to banks will ultimately be repaid; whereas liquidity injected as a result of the Swiss National Bank's (SNB's) FX policy may persist for longer," says BofA's Kamal Sharma. 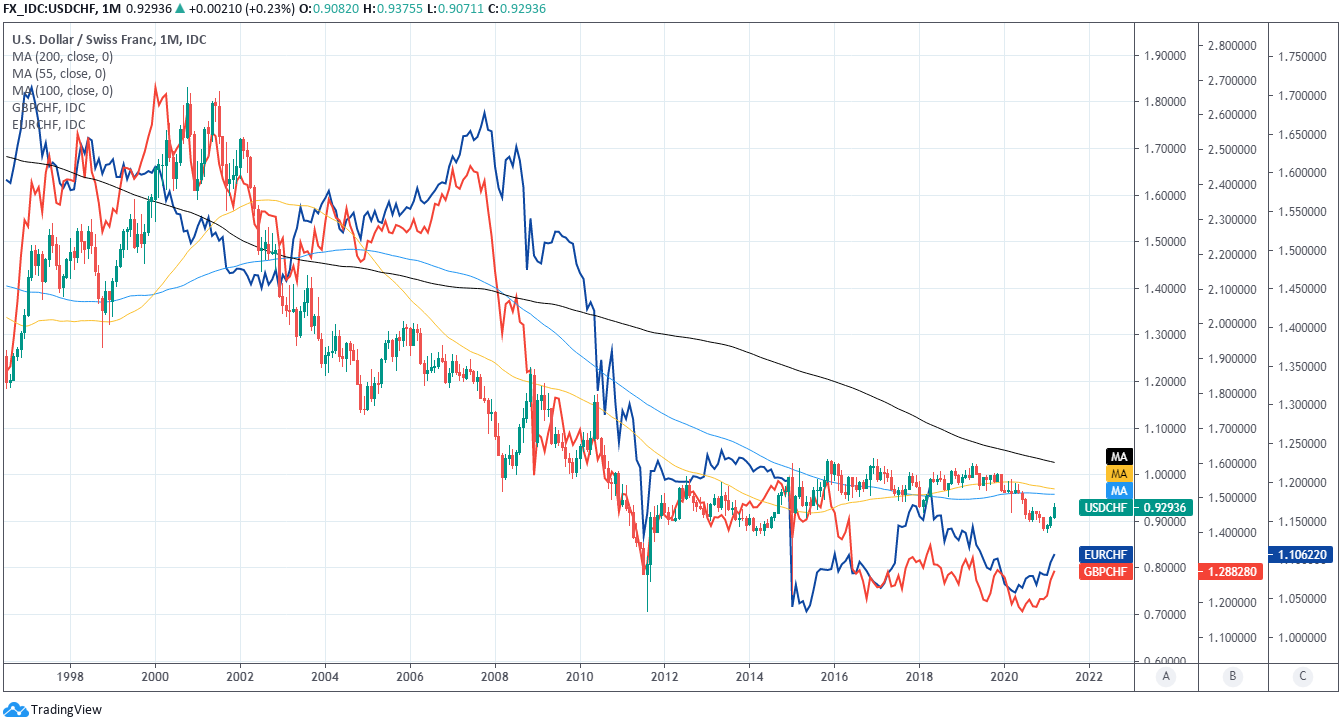 Above: USD/CHF, GBP/CHF (red) & EUR/CHF (blue) at monthly intervals with selected moving-averages (thin lines). Clicking this image will enlarge it within a new broswer tab.