"The billion-dollar question is: Is inflation normalizing quickly enough? We think it is and we are very cautiously optimistic they’ll [BoC] agree" - National Bank of Canada Financial Markets.

The Canadian Dollar dug its heels in against some currencies to end a week of underperformance after retail sales data suggested economic resilience going into the festive period, though not quite enough to dispel uncertainty about a looming Bank of Canada (BoC) interest rate decision.

Canadian retail sales fell by a mere -0.1% in November when economists were looking on average for a -0.5% decline to follow the now-downwardly-revised 1.3% increase from October with the surprise coming from sales of gasoline and large ticket items such as cars.

Car sales were up 1.2% when making the largest contribution to overall retail trade output though gasoline sales also increased by 2.2% in value terms and by a larger 3.6% in volume terms during a month in which fuel prices fell.

On a less positive note, the core measure of sales registered its largest decline for 11 months when falling -1.1% after spending on food and beverages as well as other items declined in both value and volume terms.

"On a more positive note, the advance estimate for December showed a gain in overall sales of 0.5%, which should look better in volume terms," says Andrew Grantham, an economist at CIBC Capital Markets. 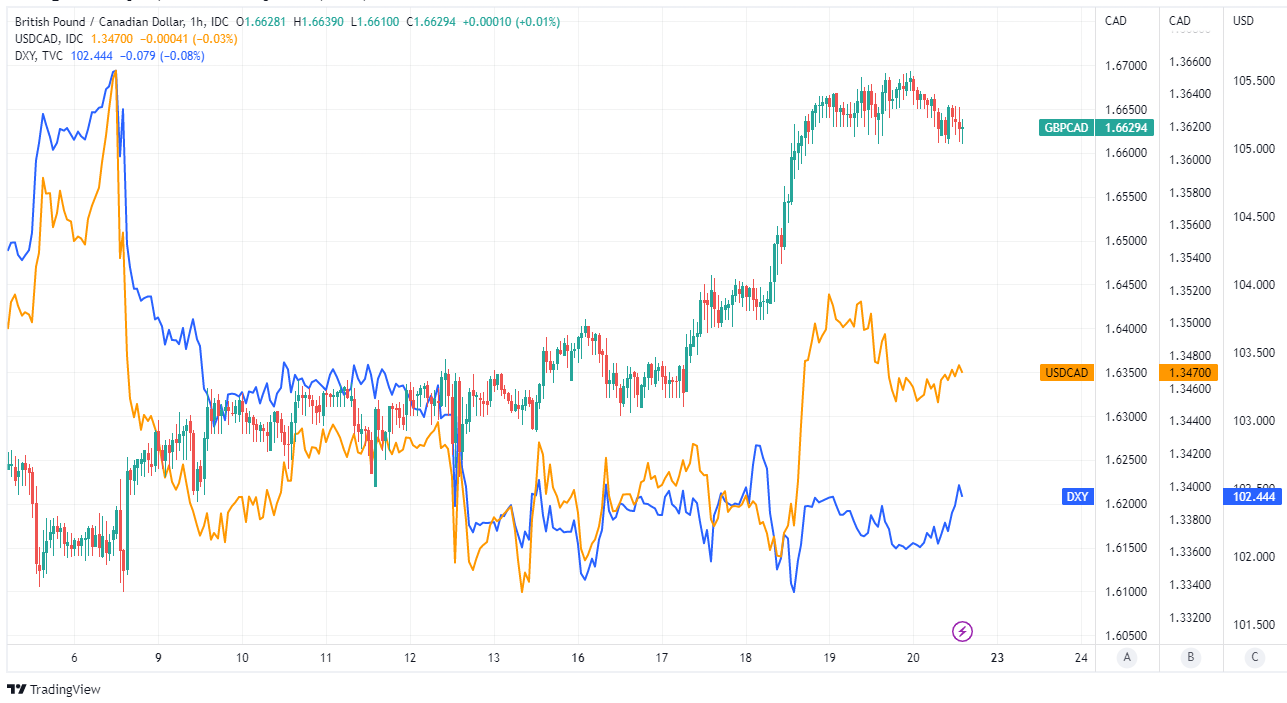 "Overall then, the two months together suggest a bumpy ride still for Canadian retailers, but it is at least a ride that is going broadly sideways still rather than downwards," Grantham adds.

Grantham says Friday's data has no obvious implication for next Wednesday's interest rate decision, which is widely seen as a toss up between a 0.25% increase in the cash rate and no change for the month of January.

The BoC said last that it would spend the time between December and January "considering whether the policy interest rate needs to rise further to bring supply and demand back into balance and return inflation to target."

Since then various indicators have pointed toward a softening economy while on Wednesday this week Canadian inflation surprised on the downside of economist expectations after being helped lower by declines in energy prices.

"Given the consistent signal of a tight labor market across recent data prints, we expect a final 25bp BoC hike next week for a 4½% terminal rate," says Joseph Briggs, a senior global economist at Goldman Sachs. 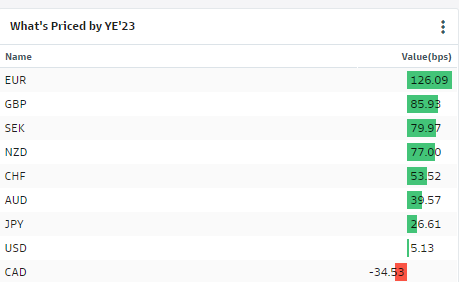 Above: Market-implied expectation for total change in selected economy cash rates by year-end. Source: Goldman Sachs Marquee. To optimise the timing of international payments, you can set a free FX rate alert here.

There is a growing consensus that Canadian inflation could fall rapidly in the months ahead while the results of the latest Bank of Canada Business Outlook Survey released on Monday were also encouraging of this notion.

"Many firms" told the BoC their price increases are set to reduce in size and frequency and that expectations for faster wage growth were less widespread in what are signs of tentative success in the BoC's bid to reduce inflation.

But the survey also warned that many businesses expect inflation to remain above the 2% target for three years or more, meaning they believe the BoC is too optimistic in assuming price growth will return to the target in 2024

"The BoC’s new data dependent guidance ended up muddying the water even more given that we’ve seen strength in some corners of the economy (labour markets) and weakness in others (housing, business sentiment)," says Taylor Schleich, a rates strategist at National Bank of Canada Financial Markets.

"The billion-dollar question is: Is inflation normalizing quickly enough? We think it is and we are very cautiously optimistic they’ll [BoC] agree. As such, we are officially forecasting a ‘no change’ decision, but we are not dismissing that there are valid reasons to expect the BoC to pull the trigger," Schleich adds. 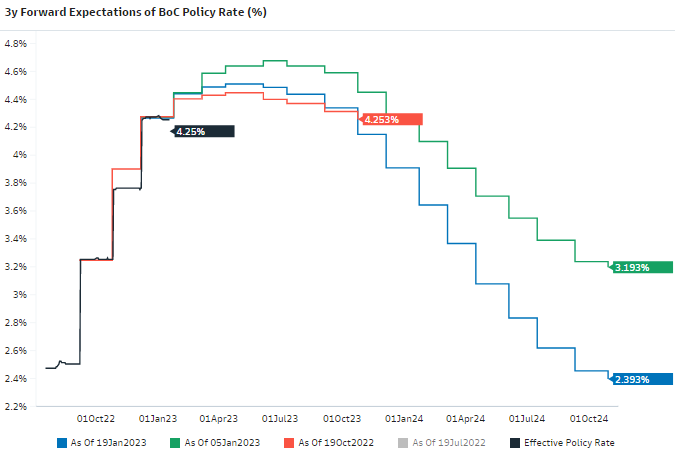 Above: Changes in market-implied expectations for BoC cash rate between selected dates. Source: Goldman Sachs Marquee. To optimise the timing of international payments, you can set a free FX rate alert here.