The Canadian Dollar is forecast to see further near-term weakness against the Pound, Dollar and Euro but a strong recovery through 2023 is predicted by analysts at National Bank of Canada (NBC).

The Canadian Dollar was one of 2022's best-performing currencies until the second half of the year when oil prices eased from their post-invasion peaks and the Bank of Canada took its foot off the rate-hiking accelerator.

The Canadian Dollar "continues to struggle as we enter the home stretch of the year," says Stéfane Marion, Chief Economist & Strategist at NBC.

"The Bank of Canada helped clip the loonie's wings by failing to meet market expectations with a smaller-than-expected 50 basis point increase in its policy rate on October 26," he adds.

The drag created by the Bank of Canada is expected to ensure further Canadian Dollar underperformance over the coming weeks, says NBC.

"With inflation cooling faster in Canada than in the U.S. and the BoC unlikely to overtake the Fed in the coming months we do not see opportunities for a significant strengthening of the CAD against the USD until a FOMC pivot," says Marion.

But looking ahead, 2023 will see a stronger performance by the Canadian Dollar.

"We see the possibility of a significant appreciation of the CAD against the greenback to reflect Canada's improved economic growth profile driven by upgraded immigration targets.

Under its Immigration Levels Plan, Canada is now looking to welcome over 460,000 new immigrants each year, which is the highest levels in its history, said the government at the start of November.

"Since the vast majority of these newcomers will be economic immigrants, the impact on potential GDP growth is notable," says Marion.

The BoC's forecasts suggest Canadian economic growth will exceed that of the U.S. by half a percentage point over the forecast horizon, a compelling longer-term driver of Canadian Dollar strength. 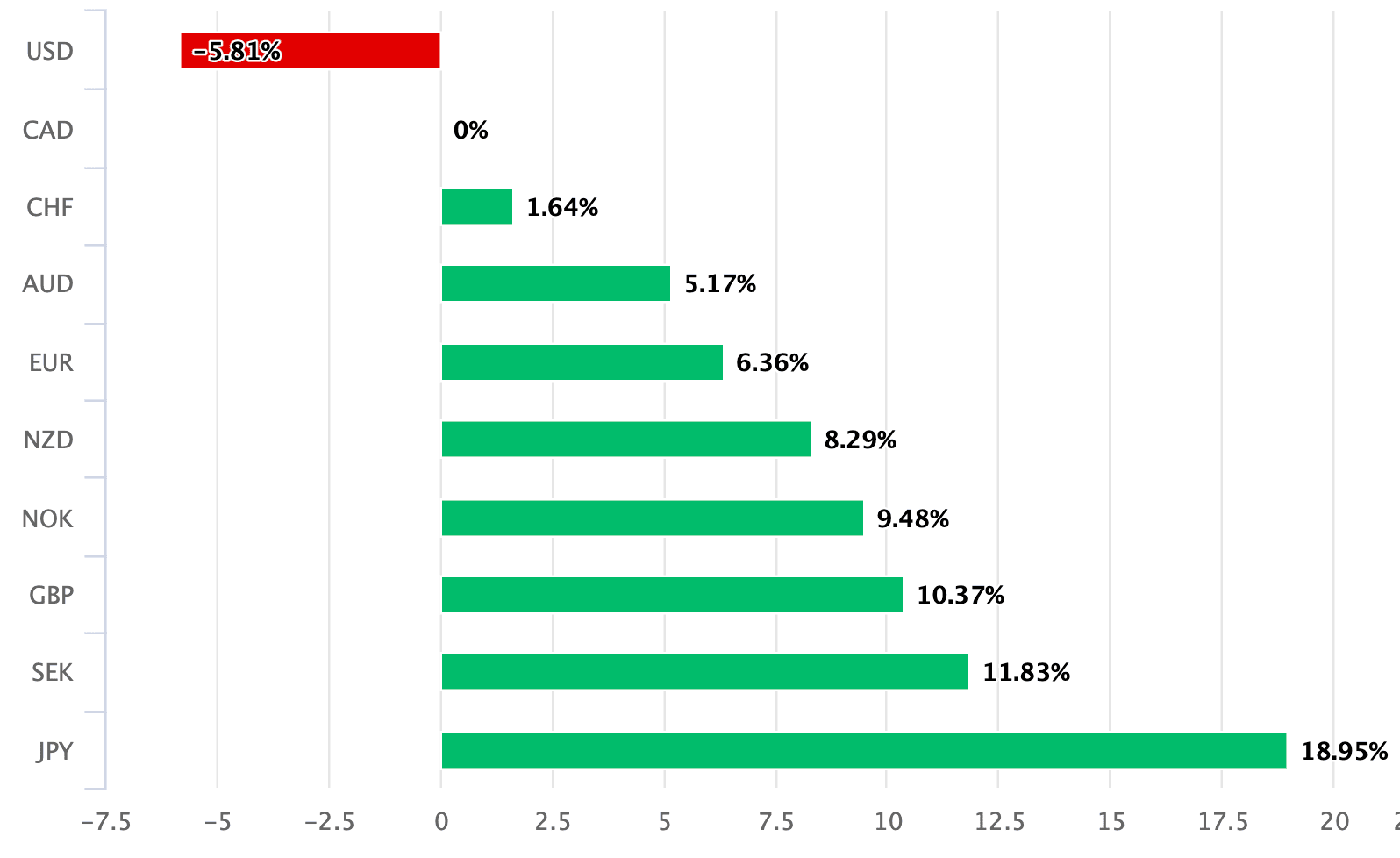 Above: CAD retains its status as one of 2022's best-performing currencies, although none of this outperformance has occurred since mid-year. To better time your payment requirements, consider setting a free FX rate alert here.

The Bank of Canada meanwhile expects Canada will avoid recession, a sharp contrast to the UK where the Bank of England recently warned of a -1.9% hit to growth in 2023.

Nevertheless, the Pound to Canadian Dollar exchange rate (GBP/CAD) is expected to see a recent rebound likely hold until the end of 2022, but thereafter weakness is likely says NBC.

"A swivel towards fiscal rectitude has stemmed the sell-off in the Pound which ended October trading within the range prior to Truss' proposals. That is not to say that the challenges facing Albion have subsided. Austerity and tax hikes by the new Prime Minister combined with tighter monetary policy and a slowing economy are not desirable traits for a significant appreciation of the GBP," says Marion.