"Surveys indicate more consumers and businesses are expecting inflation to be higher for longer, raising the risk that elevated inflation becomes entrenched in price- and wage-setting. If that occurs, the economic cost of restoring price stability will be higher," - BoC.

The Canadian Dollar pushed GBP/CAD to fresh 10-year lows after the Bank of Canada (BoC) surprised an already hawkish market by lifting its interest rate its highest level since October 2008, outdoing the Federal Reserve and others along the way as it seeeks to bring down local inflation rates.

Canada's central bank lifted its cash rate from 1.5% to 2.5% on Wednesday, surprising an already hawkish market that had looked for it to merely follow in the footsteps of the Federal Reserve, which announced a 0.75% increase in the Fed Funds rate back in June that the largest U.S. rate step since 1994.

"With the economy clearly in excess demand, inflation high and broadening, and more businesses and consumers expecting high inflation to persist for longer, the Governing Council decided to front-load the path to higher interest rates by raising the policy rate by 100 basis points today," the BoC said in its statement.

"The Governing Council continues to judge that interest rates will need to rise further, and the pace of increases will be guided by the Bank’s ongoing assessment of the economy and inflation," it also added in conclusion.

The BoC also said that while commodity prices and international supply chain disruptions were the catalysts for the ongoing inflation, these pressures have also begun to feed through into prices other goods and services in the economy and with knock-on implications for expectations and risks going forward. 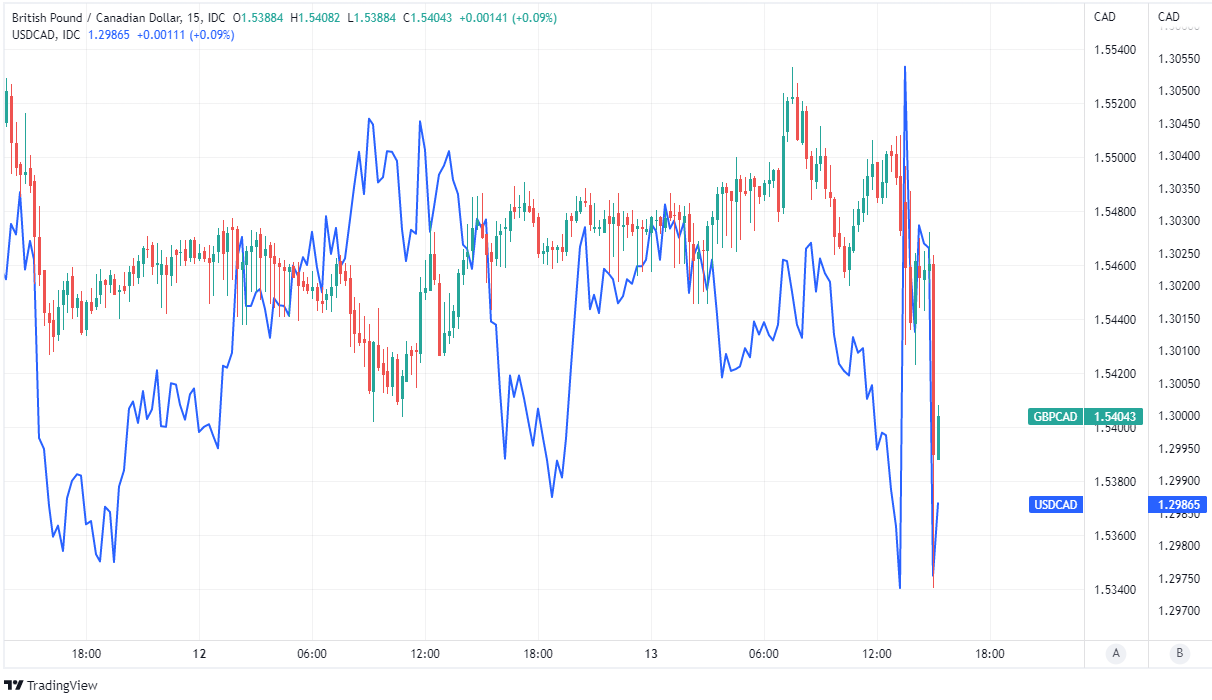 Above: GBP/CAD shown at 15-minute intervals alongside USD/CAD.

"More than half of the components that make up the CPI are now rising by more than 5%," the BoC said in Wednesday's statement.

"Also, surveys indicate more consumers and businesses are expecting inflation to be higher for longer, raising the risk that elevated inflation becomes entrenched in price- and wage-setting. If that occurs, the economic cost of restoring price stability will be higher," the bank later added.

Wednesday's interest rate rise is the largest to be announced by any G10 economy central bank thus far and brings the Canadian cash rate up to levels at which many economists and strategists had been expecting it to top out.

The rub for forecasters and Sterling on Wednesday, however, was the clear warning from the BoC that it intends to raise the benchmark yet further still.

"After being overtaken by the Fed in June, the Bank of Canada reclaimed its top gun status, with the highest policy rate among G7 countries and the biggest step in this tightening cycle, as it seeks to calm inflation fears," says Karyne Charbonneau, an economist at CIBC Capital Markets.

"We still believe they could stop at 3%, but the risks that the peak reaches 3.25% have increased. Bond yields had already climbed on the US inflation numbers but jumped further after the announcement," Charbonneau added. 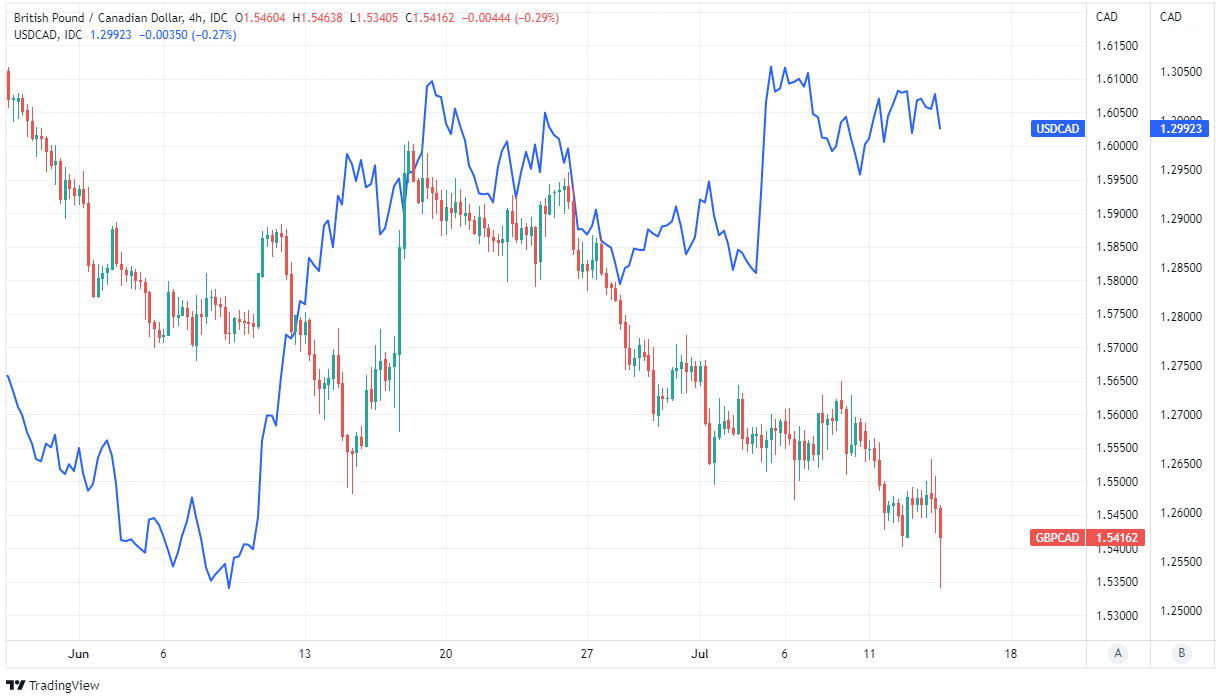 Above: GBP/CAD shown at 4-hour intervals alongside USD/CAD.