The Pound to Canadian Dollar exchange rate tumbled in the final session of the week as a resilient Loonie reined in Sterling’s earlier climb ahead of next Wednesday’s Bank of Canada (BoC) policy decision even as the Canadian currency also succumbed to a broad U.S. Dollar rally.

Pound Sterling fell broadly on Friday but sustained some of its largest declines against Canadian and U.S. Dollars that both appeared to be boosted by favourable developments in their respective bond markets, placing GBP/CAD under pressure.

The Pound to Canadian Dollar exchange rate had come close to the 1.65 handle on Thursday but was reined in over the course of Friday and remained suppressed near the week’s lows following the release of March employment data from Statistics Canada.

“The record low unemployment rate, and some signs that wage growth is accelerating, will likely see the Bank of Canada hike interest rates by 50bp next week, rather than the standard 25bp move,” says Andrew Grantham, an economist at CIBC Capital Markets.

Canada’s unemployment rate fell 0.2 percentage points to 5.3%, the lowest rate on record since comparable data became available in 1976, last month after the economy created or recovered from the coronavirus some 74k new jobs despite all-time highs for overall employment. 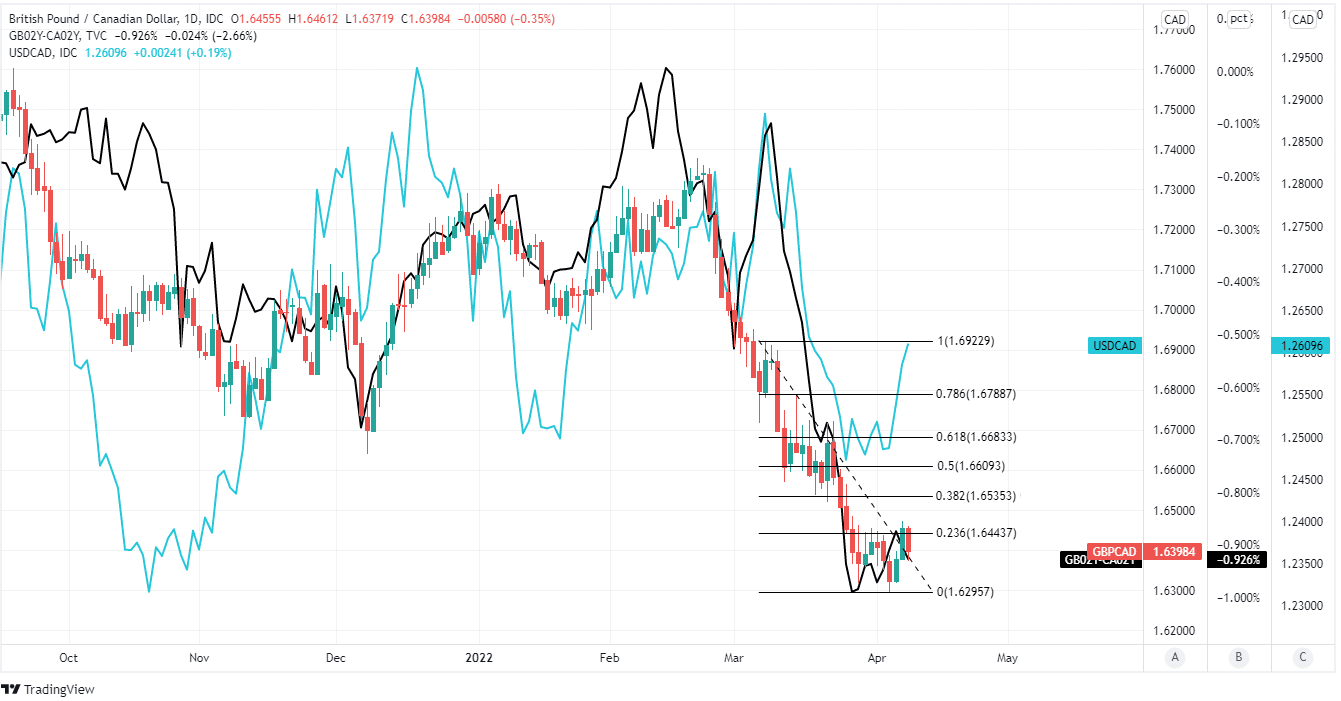 To the extent that this encourages the BoC to lift its interest rate by a larger-than usual 50 basis point increment in next Wednesday’s policy decision it would bode well for the Canadian Dollar outlook and could potentially explain the Canadian Dollar’s relative resilience amid Friday’s U.S. Dollar rally.

“There is little disguising the strong weekly pattern that has developed around this week’s drop and subsequent rebound (outside range week); a clear move through 1.26 in the next few days could pave the way for USD gains extending back towards 1.27/1.28,” writes Shaun Osborne, chief FX strategist at Scotiabank, in a research note on Friday.

USD/CAD probed briefly above the 1.26 handle in the final session of the week as the U.S. Dollar rose strongly against almost all major currencies, while Sterling softened across the board in what was potentially a reflection of recent uncertainty about the Bank of England (BoE) interest rate outlook.

That uncertainty may have limited losses in the UK government bond market and prevented the increase in yields from keeping pace with those seen in the U.S. and Canada.

Underperformance in GBP/USD and limited increase in USD/CAD both illustrated the balance of market flows that drove Friday's losses in GBP/CAD, which tends to closely reflect the relative performance of the other two.

But both the USD/CAD and GBP/CAD would be sensitive next Wednesday to outcome and remarks contained within the BoC monetary policy decision.

“For today, we’ll need to see a close above the 1.2585/87 level to suggest that we’re still on track for a move to the 1.2700 area,” says Bipan Rai, North American head of FX strategy at CIBC Capital Markets.

“Consolidation theme in commodities continues to help with our constructive take on USD/CAD for now. Over the coming month, we still envisage price action to be contained within 1.24-1.27,” Rai and colleagues said on Friday. 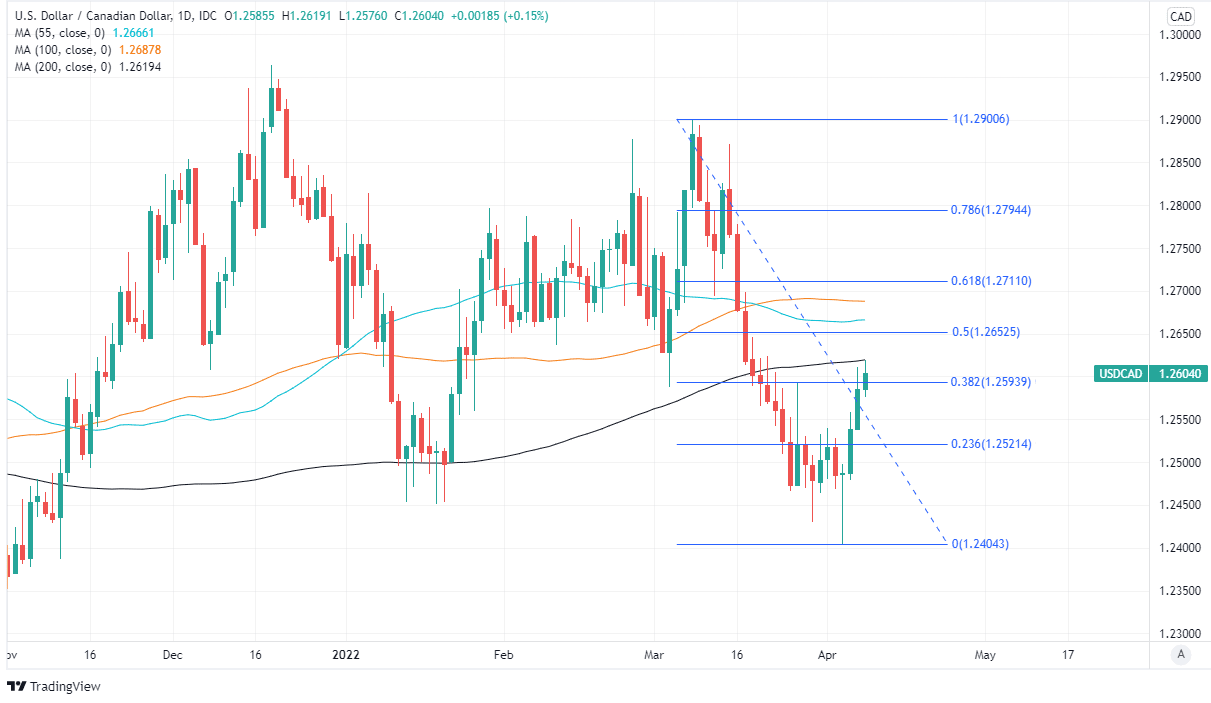