The Pound to Canadian Dollar rate came apart at the seams on Friday after Statistics Canada unveiled a blowout November jobs report in what amounts to an early Christmas gift for the Bank of Canada (BoC).

Canada’s unemployment rate returned to the pre-pandemic level of 6% in November after the economy created or simply recovered from the coronavirus some 153.7k jobs in November, a hugely significant amount by Canadian labour market standards.

Economists had been looking for an increase of only around 36.5k jobs for last month while consensus had suggested the unemployment rate would decline by only 10 basis points from 6.7% to 6.6%, although both sets of expectations proved far too reserved.

“Today’s data helps to keep the Bank of Canada on track to continue with their normalisation path,” says Ima Sammani, an analyst at Monex Europe.

“Volatility in FX markets after the US and Canada jobs reports made up for the lack of price action in the first part of the trading day,” Samani said in a note following the release. 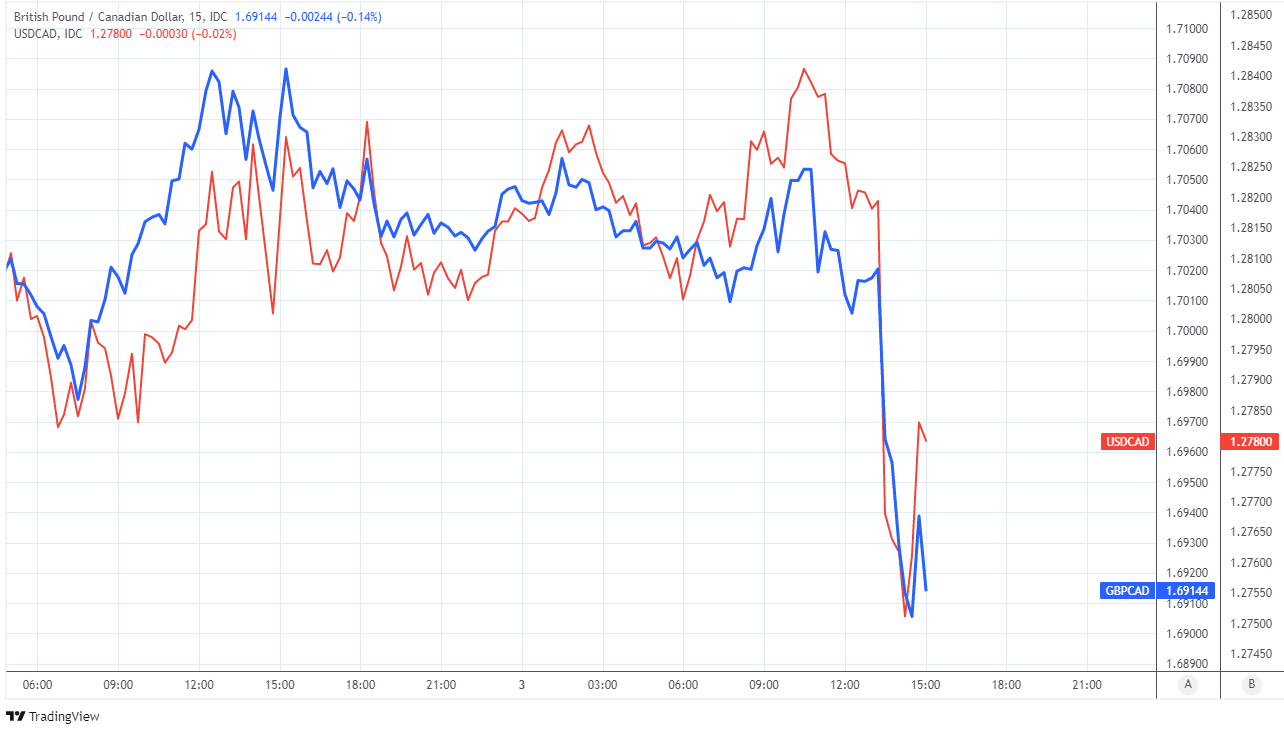 Canada’s Dollar had been languishing near year-to-date lows against the U.S. Dollar ahead of the release while GBP/CAD had managed to edge back above the 1.70 handle, although it and USD/CAD were steamrolled over by the market response to the data.

“CFTC data and the price action for the period since the last survey suggest that the FX market is somewhat long-USDCAD. That also suggests greater downside risk than upside risk,” says Greg Anderson, global head of FX strategy at BMO Capital Markets.

“The omicron Grinch only has 5 days to derail the BoC. It has 12 days to derail the Fed. And as we've witnessed with previous waves of the virus, it takes 10-15 days for an acceleration in cases to turn into an acceleration in hospitalizations and fatalities. That is why we think there is a slightly greater risk of the Fed walking back its next hawkish step than the BoC,” Anderson wrote in a note to clients on Friday.

Friday’s data is an early Christmas gift to the Bank of Canada (BoC), whose governor warned in a November op-ed for the Financial Times that interest rates could have to rise in Canada much sooner than had appeared likely just a few short months ago.

Rising inflation pressures would be the reason if in the BoC’s next assessment they appear likely to linger for longer than policymakers would be comfortable with, which makes next Wednesday’s interest rate decision all the more important than it otherwise might have been.

Canadian inflation has risen far above the 2% target of the BoC in recent months and the Bank’s own measures of underlying price pressures have suggested that much of the recent increase is likely to be only temporary.

However the BoC brought forward in November the estimated time at which it could potentially begin to reverse the interest rate cuts that were announced in support of the economy at the onset of the pandemic.

For policymakers who might be considering lifting interest rates, Friday’s job data would be welcome news as it all but confirms that Canada’s labour market is drawing a line underneath the economic carnage of the last two years.

This could potentially offer the Canadian Dollar more than just transitory support against the U.S. Dollar, Pound and other currencies.

“Next week’s BoC meeting may be but a placeholder ahead of the January decision where the bank will publish updated projections that will narrow the timing of its first rate hike (which could come as soon as April). The emergence of the omicron variant may see the BoC hold fire on sounding a more hawkish note,” says Shaun Osborne, chief FX strategist at Scotiabank. 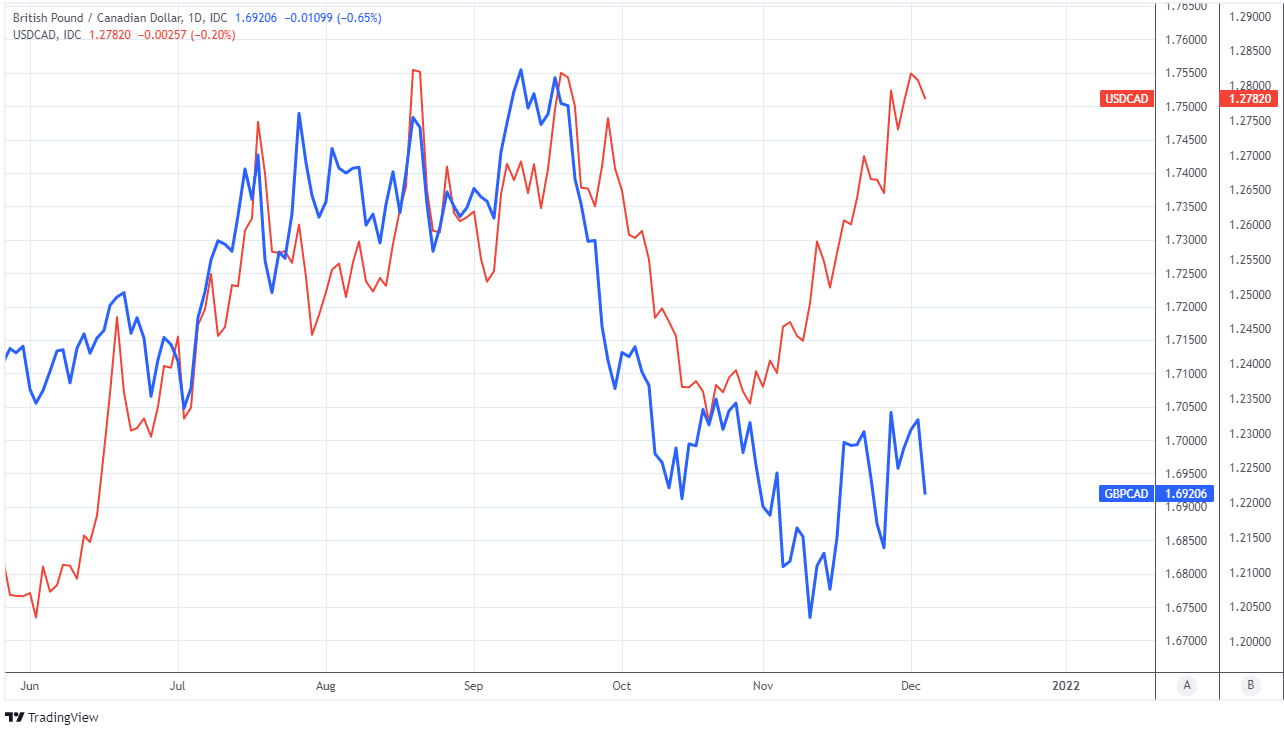