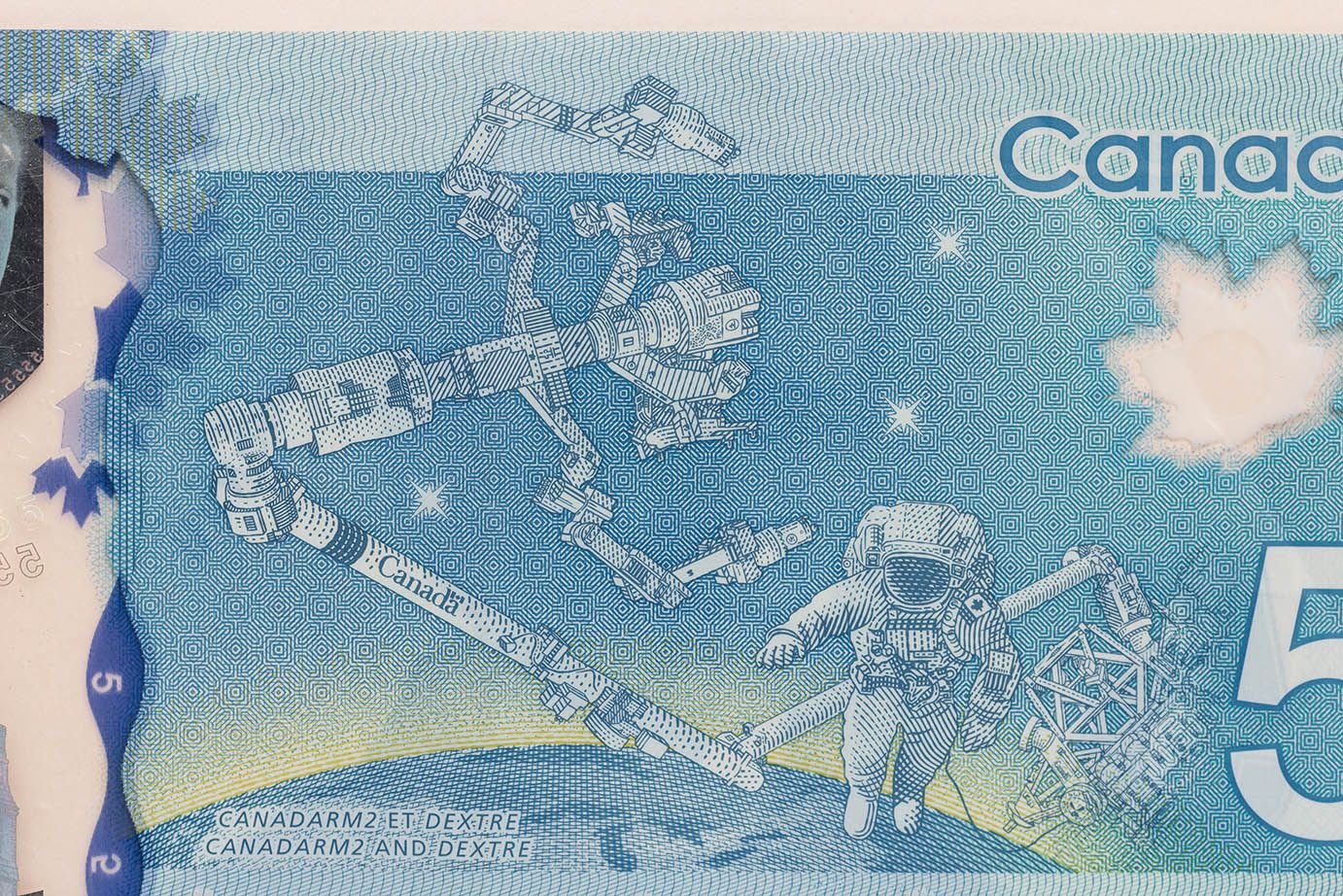 Foreign exchange strategists at Credit Suisse have dropped their bullish stance on the Canadian Dollar, citing "immediate risks" associated with oil price uncertainty and a looming review of Bank of Canada policy.

Since mid-November the Canadian Dollar has lost ground to the Pound, Euro, Dollar and Yen as it cedes some of its 2021 outperformance, "the recent Omicron variant-driven collapse in oil prices accounts for part of this weakness," says Shahab Jalinoos, Global Head of FX Strategy at Credit Suisse.

However, it is noted the weakness commenced ahead of the news of the Omicron variant, suggesting other factors are at play.

The deterioration in local oil price differentials vs U.S. oil benchmarks is cited as one recent negative factor idiosyncratic to the Canadian Dollar.

Furthermore it is noted a notable change has taken place in Bank of Canada (BoC) monetary policy expectations: the large amount of rate hikes priced in for 2022 are
increasingly offset by cuts priced in for 2025. 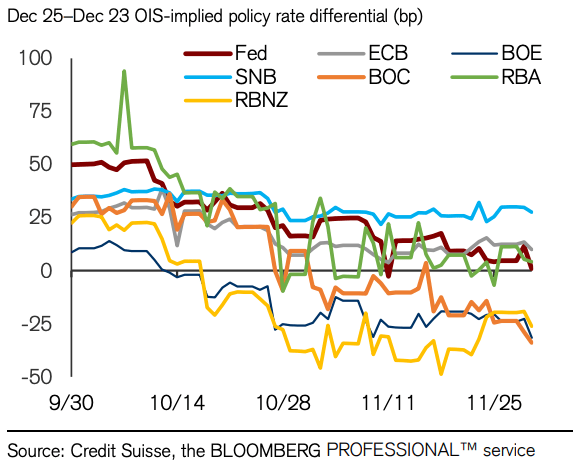 "The inversion in the BoC overnight rate curve implied by OIS forwards between Dec 2025 and Dec 2023 is now the widest in G10. This development took place against a generally quiet domestic backdrop, with no major data release or notable policy announcements, which in our view further validates the key role played by the decline in oil prices," says Jalinoos.

The Dollar is meanwhile anticipated to outperform amidst an ongoing hawkish shift at the Federal Reserve, whereby interest rate rises are likely to commence earlier in 2022 than had been initially anticipated.

The Dollar was supported this week by comments from Fed Chair Jerome Powell who said it would be "reasonable to think about wrapping up tapering a few months earlier" if fears regarding the Omicron variant proved to be overblown.

He also said current high inflation rates could no longer be considered as transitory in nature, further underpinning a hawkish tilt.

"For most of this year, CAD has been fairly resilient to hawkish shifts in U.S. monetary policy expectations, the main reason being that the BoC was expected to
consistently “out-hawk” the Fed," says Jalinoos.

But it is observed the market has pulled back on previously hawkish BoC expectations, suggesting to the analyst that a regime shift might be underway.

Explaining this shift, Jalinoos cites uncertainty for the outlook of oil prices, a traditional driver of Canadian Dollar value and Canadian economic growth.

The new Omicron variant has meanwhile "compounded by a complex geopolitical puzzle".

"We suspect that barring a clear scientific consensus pointing to a limited impact from the Omicron variant, this uncertainty will likely curtail investor willingness to “buy the dip” in CAD," says Jalinoos.

Credit Suisse strategy are also cautious of anticipating the BoC's upcoming policy moves given a major five-year review on monetary policy is underway.

Any significant surprises could further shake investor expectations for the outlook of interest rates in the country.

The BoC is currently tasked with keeping inflation in a band around the 2.0% level, but any additional directives would most likely come in on the 'dovish side'. For example the Fed's mandate of targeting unemployment was last year added to its inflation targeting mandate.

"The bulk of the possible mandate changes discussed in (mostly local) markets has been in the direction of a more flexible and presumably dovish framework," says Jalinoos.

Credit Suisse recently held a target for USD/CAD at 1.2360 but are now switching to a neutral stance, saying the pair could rise to 1.2949 if Omicron related fears prove persistent.

"Dips in the opposite direction are likely to find support around 1.2530," says Jalinoos.