The Canadian Dollar is being tipped to outperform its peers over the near-term by two notable investment bank analysts on the basis that markets maintain a dose of optimism heading into the November U.S. election and oil prices remain elevated.

While stock markets have pared recent advances this week, the price of WTI crude looks to be grabbing investor attention with the price of WTI hitting 40.38 following a 2.0% jump on Tuesday, with gains looking to overturn a decline of similar magnitude suffered the day prior.

"If WTI manages to stay above US40/bbl next week, CAD may be a key G10 outperformer again," says Francesco Pesole, ING Bank N.V.

Above: GBP/CAD has been trending lower over recent weeks. If you would like to secure today's rate for use at a point in the future, thereby protecting your budget, please learn more here.

"Easing supply disruptions in the Gulf of Mexico, Norway and Libya pressured oil prices yesterday. We believe the market’s scepticism is overdone. Demand still tops supplies as the world economy recovers. We see the oil market normalising over the coming months and stick to our bullish view," says Norbert Rücker, Head of Economics & Next Generation Research at Julius Baer.

Gulf of Mexico producers got back to work after hurricane Delta passed without significant incident, Norwegian producers meanwhile came back on line after unions and employers settled an industrial dispute. Libya said it was bringing a major oil field back on line and set a target to bring 0.5 million barrels a day back into production before year-end.

"We believe that the oil market has room to absorb the latter. The shale business remains in hibernation with the activity reduced to minimal levels, and production thus trending much below pre-crisis levels. Meanwhile, demand in North America and most other parts around the world continues to recover," says Rücker. 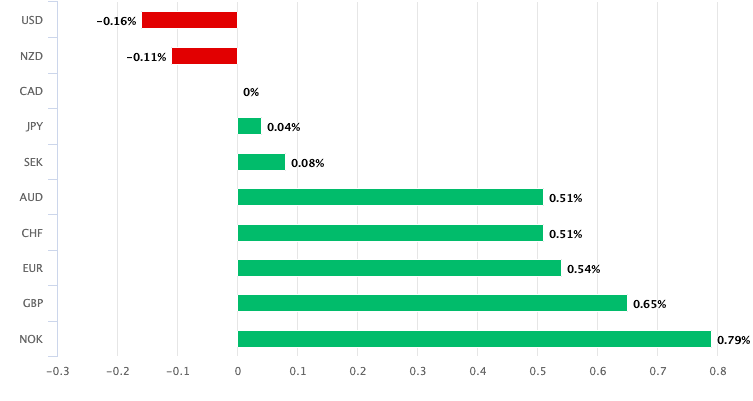 While the Canadian Dollar has a positive correlation with oil prices, analysts at Barclays are looking at additional factors that are likely to support the currency in the near-term.

Analysts at Barclays are bullish on the currency and expect higher CAD exchange rates once the "uncertainty about U.S. elections dissipates".

Markets have recently flipped into a bullish phase as they now expect a win for Joe Biden and the Democrats in the Senate, which would lead to a massive stimulus bill being passed in early 2021. This is being interpreted as a USD-negative outcome, which would imply upside for the risk-on Canadian Dollar.

While Canada joins much of the world's developed economies in experiencing an uptick in covid-19 cases, economist Juan Prada at Barclays in New York says officials at the Bank of Canada and the government are providing ample support to expect some degree of outperformance.

"Canada is seeing an upsurge in virus cases, and lockdown restrictions are being re-imposed, but we think that ample fiscal and monetary support and a shift in strategy from complete lockdown to targeted lockdown in certain provinces should cap any downside risk. Moreover, Canadian Prime Minister Justin Trudeau's government survived a confidence vote last week, receiving support from the New Democratic party on its ambitious plan that pledges to expand pandemic support," says Prada. 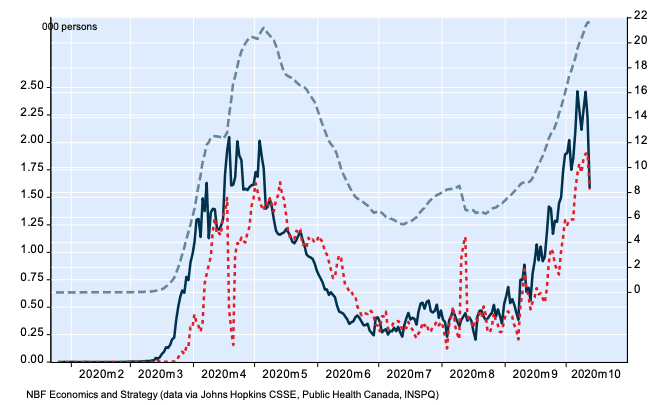 The Bank of Canada meanwhile stands ready to offer further support with Governor Tiff Macklem saying last week there remain various options left in the toolkit to fight another downturn in economic activity.

However, there was no sign of imminent action, leaving markets bullish on the Canadian Dollar's prospects.

"Latest comments by BoC Governor Macklem also gave little reasons to think the Bank is about to add stimulus anytime soon. Despite mentioning negative rates are in the toolkit, they still are a remote possibility in Canada. All this keeps offering a solid base in terms of fundamentals for CAD, in our view," says Pesole.

Canadian employment meanwhile surprised markets on Friday having risen 378k, which pushed the unemployment rate back down to 9.0%.

"The CAD has been one of the best performers among its G10 peers recently, and the much stronger-than-expected employment report indicated that the pace of job creation is strong and lent further support to the loonie," says Prada.

"The surprising 378k increase in employment in September and the unemployment rate dropping to 9.0% are further signs that the economic recovery in Canada is keeping a good pace," adds Pesole.