The Pound-to-Canadian Dollar rate edged lower Wednesday as the Loonie caught up with the major currency class following a run of underperformances, which could mean the recent rally in GBP/CAD ended with July.

Canada's Dollar was one of the better performers in the major currency sphere on Wednesday as oil prices vaulted higher and stock markets advanced as with risk appetite having recovered as the new month gets underway.

The Loonie's performance was enough to set the Pound-to-Canadian Dollar rate on course for a third consecutive day of declines, which follows a week in which GBP/CAD rose nearly three percent owing to earlier underperformance in Canadian exchange rates and outperformance by Sterling.

"Although the USD's decline has been at the center of the recent storm gripping the FX world (let's face it, the US has devalued the greenback), there is potentially a much bigger story brewing in precious metals. In this regard, no fiat currency has been safe," says Greg Anderson CFA, global head of FX strategy at BMO Capital Markets. "What the pandemic has done is made people think long and hard about the forces which held goods price inflation down for the last decade or two, and consider how the world might be very different in the months and years ahead. One of the most important topics of discussion in this regard is the changing nature of the globalized economy." 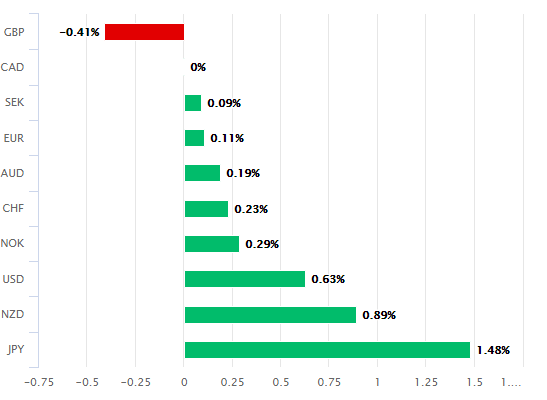 Risk assets have been supported this week by Federal Reserve policymakers' calls for fresh monetary stimulus that have also lifted gold prices to new highs and amid potentially favourable coronavirus developments including indications that the coronavirus may finally be losing momentum in the U.S.

New U.S. infection numbers are coming in lower and lower each day and enough so for some economists to feel confident in declaring that declines are not simply the result of reduced testing. These are favourable developments for the Loonie given Canada's proximity to the U.S.

President Donald Trump has also continued to speculate about a possible large U.S. payrolls gain this Friday, aiding sentiment and supporting the Loonie as it pushes toward new highs against the greenback. Canadian Dollar gains come after USD/CAD broke a strong technical support level near 1.33.

"The market has finally seen the stop-loss cascade that we have been looking for. We're not sure that people will dive into fresh USDCAD shorts, but if bids get pulled lower, this collapse could potentially run down to the low 1.31s," Anderson says. "Our model took profit on its latest short-USDCAD position at 1.3319. Spot is now trading about 50 pips below our model's fair value." 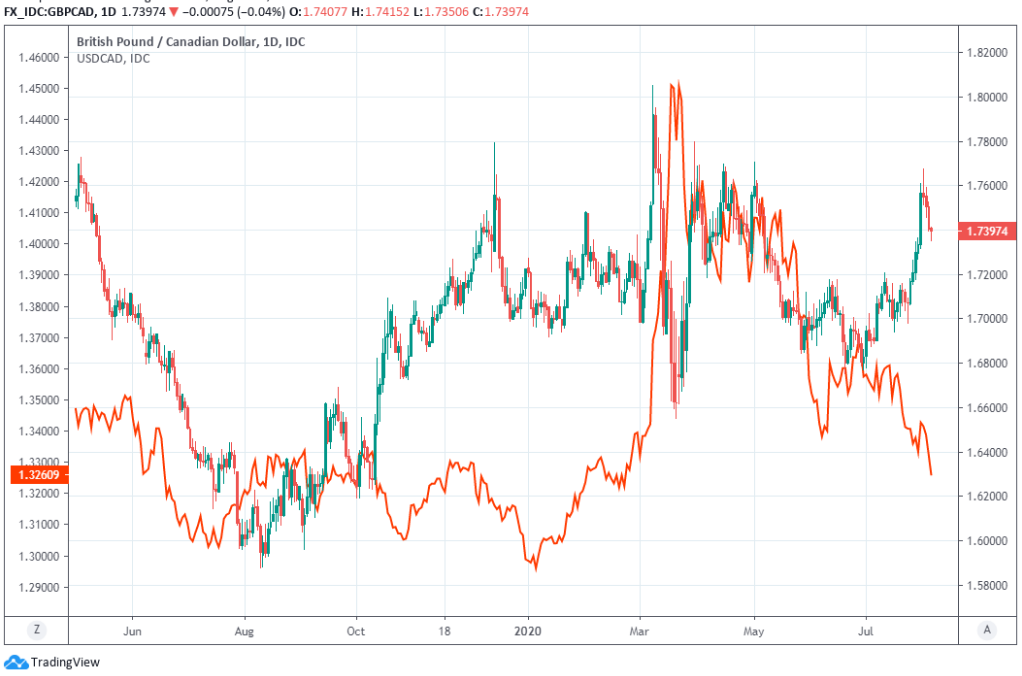 "The CAD is along for the ride as well (thanks to the move in WTI) with USD/CAD breaking below prior support levels and threatening the 1.32 handle," says Bipan Rai, North American head of FX strategy at CIBC Capital Markets. "It’s important to flag that this move is driven by correlation rather than endogenous factors and an extension higher in crude prices should see USD/CAD heading back towards the 1.30 area. The next level of support is at 1.32 as price action settles into a new 1.30-1.33 range."

The Pound-to-Canadian Dollar rate was trading around 1.74 Wednesday but would fall to 1.73 if USD/CAD declines to 1.32 and GBP/USD is unable to lift off from Wednesday's 1.31 level.

Such an outcome would almost erase last week's GBP/CAD rally, which began just above 1.7150 but took Sterling above 1.7650 and to its highest since early May. However, the rally resulted as much from a sideways USD/CAD movement within a narrow range as it did the short-lived outperformance by Sterling.

Sterling has been unable to achieve new highs against the U.S. Dollar this week while the Loonie has made up for having sat on the sidelines previously, explaining the correction in GBP/CAD. Analysts are now contemplating the odds of a USD/CAD that trades down to 1.30. 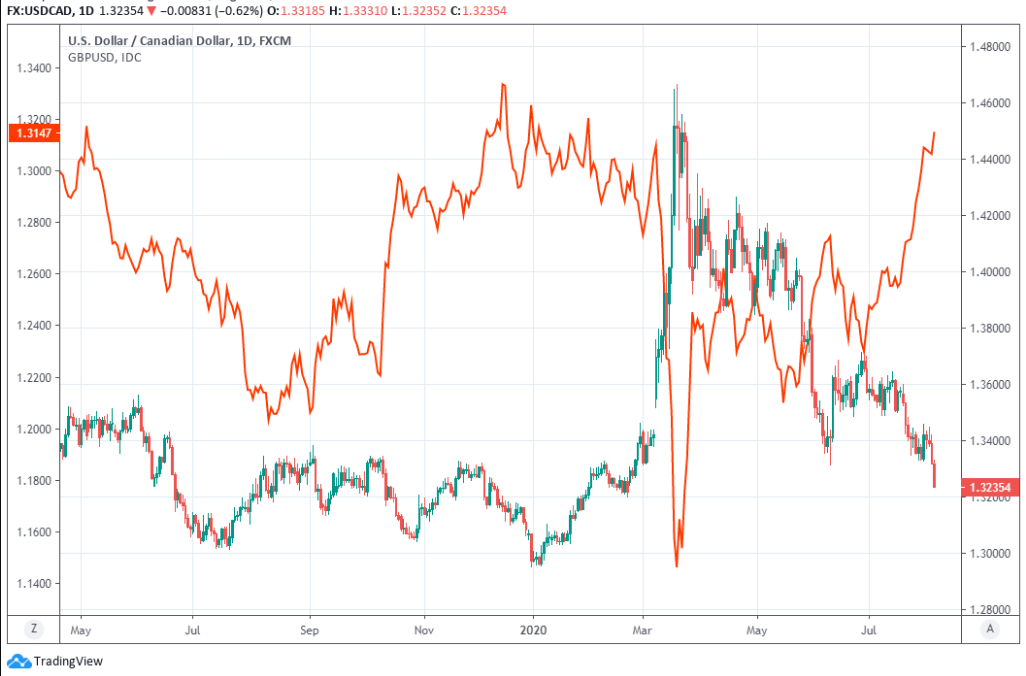 "CAD has achieved another leg up in breaking higher against the USD," says John Hardy, head of FX strategy at Saxo Bank. "USDCAD broke down through a major pivot area around 1.3300-50 today, moving as low as 1.3250 as oil prices have notched a major advance to fresh highs since the March meltdown. It’s the first G10 USD pair to make a new local high today, though AUDUSD is close on the commodity inflation theme. If USD weakness persists, the next focus for this pair shapes up around the huge 1.3000 level."

CIBC, Saxo and others are weighing the potential for a USD/CAD trip to 1.30 that would be disastrous for the Pound-to-Canadian Dollar rate unless GBP/USD is also able to push on to new highs. A 1.30 USD/CAD implies a GBP/CAD rate of 1.7030 based on Wednesday's GBP/USD level.

GBP/USD would need to rise from 1.31 to 1.34 and its highest since December 2019 in order to avert GBP/CAD losses in a world where USD/CAD is swimming around the 1.30 level. GBP/CAD reflects an amalgamation of GBP/USD and USD/CAD so is driven by relative price action in the two.