The Canadian Dollar was wobbled on Friday by a colosal fall in retail sales for the month of April that showed consumer spending falling further than markets anticipated while offering respite to a battered and bruised Pound Sterling.

The Pound-to-Canadian Dollar rate was quoted at 1.6808 and stabilising just beneath the 1.6845-to-1.7120 range flagged by Pound Sterling Live on Sunday as likely to define trading this week, drawing a line under a -0.40% intraday loss and -1.01% five-day fall ahead of the weekend.

This was after Statistics Canada said retail sales fell by -26.4% in April, building on a -10% decline from March and overshooting the market consensus for a -15% fall. Canadian retail sales fell more than one third between when social distancing measures were implemented in mid-March and the end of April.

"Retailers were devastated by the shutdowns and physical distancing measures employed in April," says Royce Mendes, an economist at CIBC Capital Markets. "Car dealers saw the most significant drop, but sales were down in every sub-sector for the first time in 27 years. After a month which included panic buying and stockpiling, even grocery stores saw a decline in sales in April."

Core retail sales are more closely watched by the market because they ignore expensive items like cars and so provide a better reflection of underlying trends. They fell by -22% in April, adding to a -0.4% fall from March, which was also a worse outcome than the -12.7% anticipated by consensus.

There was a silver lining in the report however, with Statistics Canada providing an "advance estimate" that pointed to a 19.1% rebound in sales for the month of May, although the exact figure will not be released until late July when all of the component information is available. 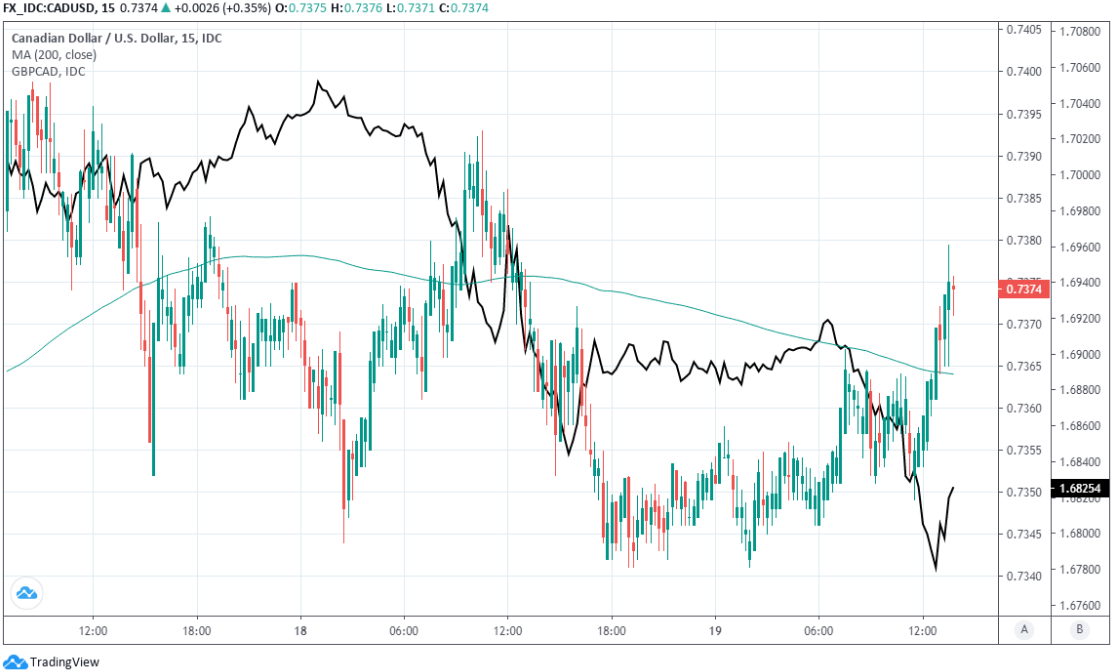 "This would come from a partial recovery in some categories, while food purchases look to have remained above pre-COVID-19 levels. Sales would still be down 7% from a year ago in such an outcome," says Adam Cole, chief FX strategist at RBC Capital Markets, of expectations for May.

Markets normally care about retail sales figures because they quite literally speak volumes about the pace of domestic demand, which is an important influence on inflation and expectations for price pressures that dictate the interest rate policies which are so important for exchange rates.

But in a coronavirus contaminated world where interest rates and bond yields are seen pinned to the floor years yet, the figures are most useful for revealing the size of the economic hole that needs to be backfilled. On the other side of the same coin, subsequent months' data will provide an indication of how much more central bank and government policy support is required to achieve that.

The level of quantitative easing required is most important because it has a direct bearing on the supply of a currency that can be found washing around the financial markets, so it has implications for the percieved value of such currencies. A deeper economic hole or slower recovery would risk even greater central bank money creation, with adverse consequences for currencies. Both Canada and Britain are seen as vulnerable in this respect.

"Spot USDCAD has moved back into rough alignment with our model's fair value based on correlated financial factors. That model has fair value at 1.357," says Greg Anderson, CFA, global head of FX strategy at BMO Capital Markets. "Twin rallies in copper and the ADXY index have pushed the model's fair value lower. Although it isn't an active model factor right now, buoyancy in equity futures is presumably putting downward pressure on USDCAD. The correlation between USDCAD and the S&P 500 has been -0.90 this year, which has made CAD the G20 currency most tightly correlated with stocks." 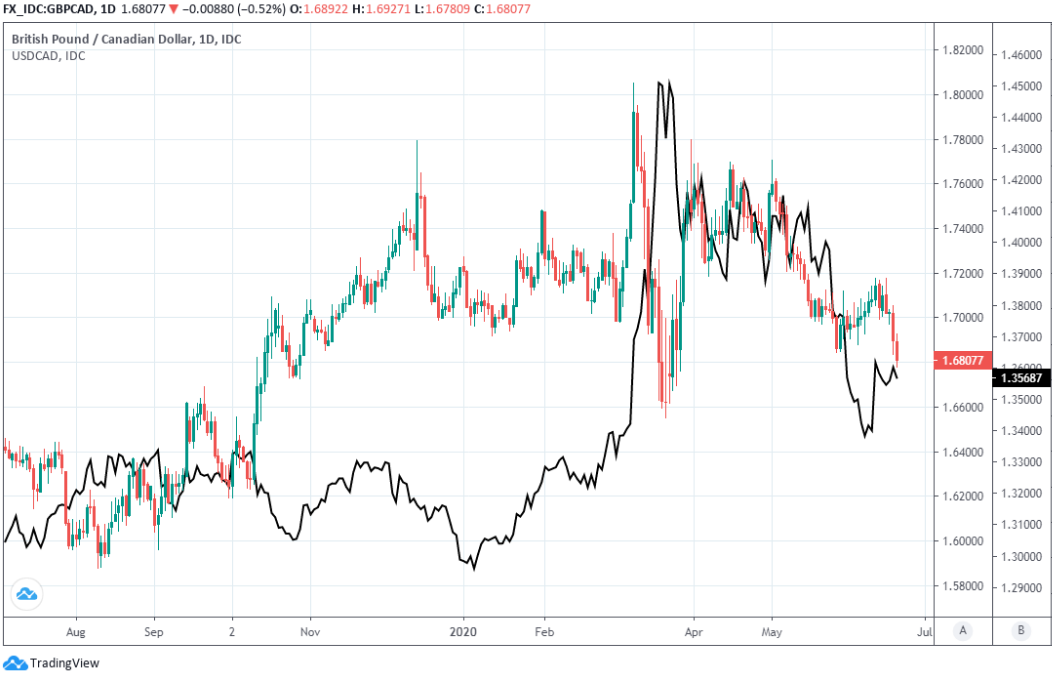