The Canadian Dollar was left out in the cold on Thursday even as oil prices rallied ahead of another Organization of Petroleum Exporting Countries (OPEC) meeting in which a months-long trajectory of oil prices could be decided, indicating greater caution among currency traders.

Energy ministers of OPEC countries and Russia will meet in a teleconference at 14:00 Thursday in the hope of agreeing production cuts intended to 'stabilise the market', with cuts of between 10 and 15mn barrels per day on the table. But the cartel already failed to reach a deal on those in early March and there's a risk it could do so again, which would be bad for the oil-sensitive Loonie and the record low price of Western Canada Select oil.

Thursday's fall in Canadian exchange rates came in spite of what appeared to be an upbeat mood among investors, which benefited non-oil commodity currencies as well as stock markets in Europe.

March's failed agreement prompted a price war between Russia and Saudi Arabia that's since helped drive crude prices down to levels not seen since before the Iraq war, levels that might be seen again if OPEC fails a second time. Key members are seeking to draw the U.S. and Canada into the cartel, with Russia making its participation in the production cut contingent on U.S. involvement which would risk legal challenges in North America.

"Russia's participation in cuts depends heavily on the US and sources say no one from Trump's camp will attend the meeting," says Bipan Rai, North American head of FX strategy at CIBC Capital Markets. "I don't have an inside feed into the meeting, but I doubt the Russians or the Saudis will be okay with 'market driven' cuts that the US may push to include. Remember, there are anti-trust issues if the US participates in coordinated cuts." 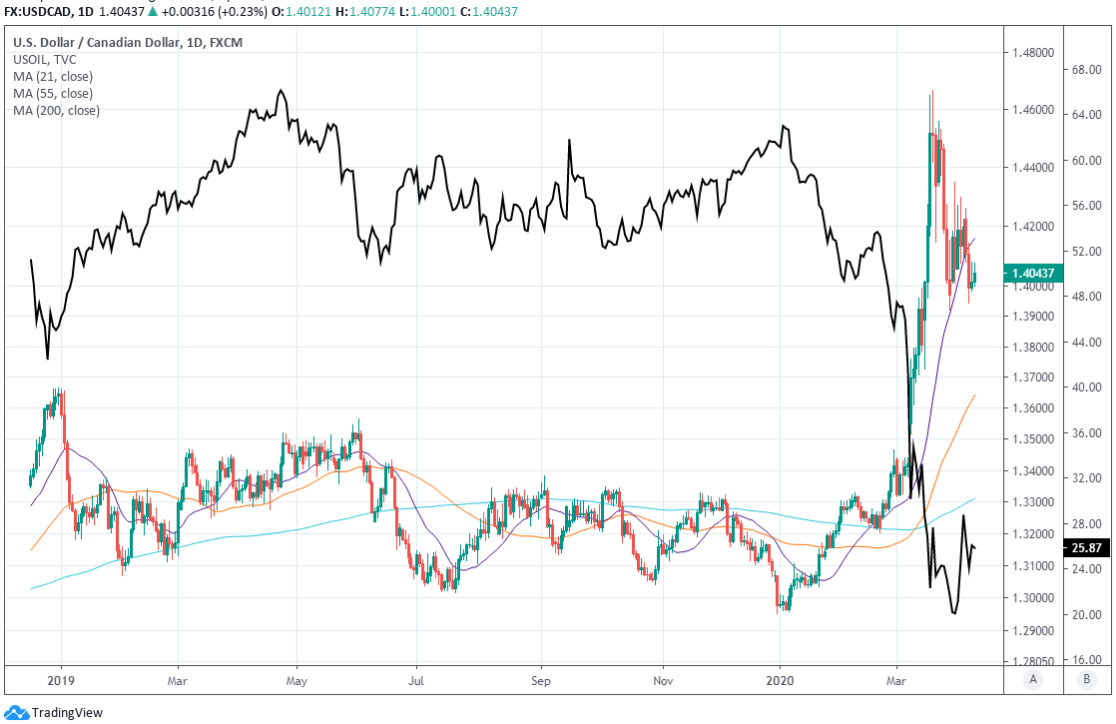 U.S. and Canadian production has already fallen due to 2020 price declines although that lost output could easily reappear if an OPEC agreement lifts prices back to levels that make the pumping of those barrels economically viable. Such increased production would reward the two North American countries with increased market share but also risk driving prices lower again.

Absent pledges of outright cuts, OPEC members could seek commitments from the U.S. and Canada to prevent North American producers from increasing production as prices recover from the collapse induced by the coronavirus and the Russia-Saudi price war. Whether or not such fudge elicits legal challenges remains to be seen and so too does the feasibility of it at the practical level given U.S. and Canadian producers are private companies.

"Assuming that a deal is reached, which is in no way certain, the key question will be whether its size and timing will improve global oil balances sufficiently to support prices above current levels. Our updated 2020 global oil balance suggests that a 10 mb/d headline cut (for an effective 6.5 mb/d cut in production) would not be sufficient, still requiring an additional 4 mb/d of necessary price induced shut-ins," says Damien Courvalin, a senior commodities strategist at Goldman Sachs. "While this argues for a larger headline cut of close to 15 mb/d, we believe this would be much harder to achieve, since the incremental burden would likely need to fall on Saudi Arabia to be effective." 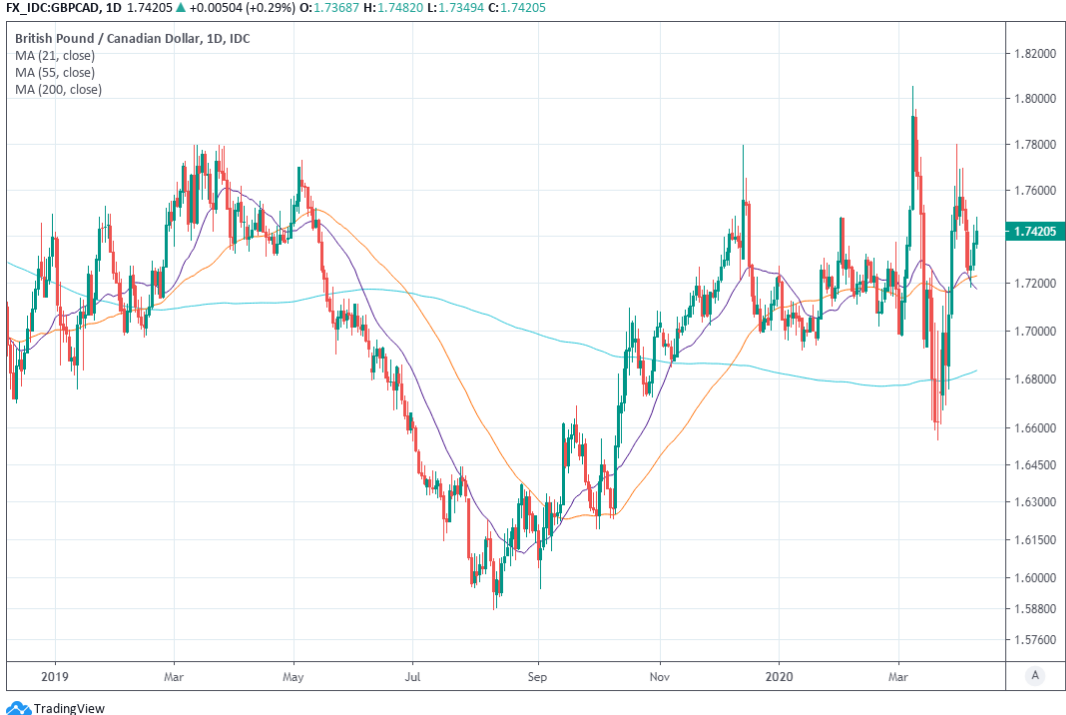 The Pound-Canadian Dollar rate formed the "doji" candle on the charts when it closed last week at more or less the same level it began trading at last Monday, leaving it without a clear short-term bias, according to technical analysis from Scotiabank. Since then the Pound fell nearly 200 points before finding support on the 21 and 55-day moving averages located between 1.72 and 1.7226 Tuesday, which preceded a rally higher over the course of Wednesday

"GBPCAD is stuck mid-range between support near 1.69 and resistance at 1.78," Juan Manuel Herrera, a strategist at Scotiabank, in a Monday research note. "The longer term chart signals are leaning more GBP-bullish we think and these point to firmed underlying support for the GBP near the range base. But the 1.78 zone remains a clear block on upside progress for now."

Sterling's oyster is the world between 1.72 and tough resistance at 1.78 so long as those moving-averages are left intact. Failure of the averages above 1.72 would leave the Pound at risk of a return to the 1.70 level that's often provided good support in recent months, and potentially even vulnerable to a retreat back toward the 200-day moving average near the 1.68 handle.

Monday's fall was seen coming although the trajectory from here is a coin toss given an absence of strong directional signals from the charts and lingering uncertainty about the outlook for oil prices. A fall to 1.68 would put Sterling on the south side of the post-referendum range but such a journey might be a short-lived one because Scotiabank's Herrera says the long-term charts are leaning bullish and the technical outlook favours a buy-on-dips strategy.