- Brighter wages outlook and RBA comfort with the AUD lift the currency.

- AUD still nursing heavy losses for 2018 but is now close to "fair value".

The Australian Dollar rose to the top of the leader-board Tuesday after the Reserve Bank of Australia (RBA) signalled improving confidence in the outlook for wage growth and that it is comfortable with the current level of the Australian Dollar, when some analysts had been entertaining the possibility of a dovish turn in the bank's rhetoric.

Australia's central bank held its interest rate unchanged at a record low of 1.5% Tuesday but sounded an upbeat tone on the economy.

It has now held the rate here for nearly two years, citing below-target inflation and a debt laden household sector that it says is ill-equipped to handle the pressures of higher borrowing costs due to years of weak wage growth. Aussie inflation has been below the 2% to 3% target for most of the time since 2012.

"The recent data on the Australian economy continue to be consistent with the Bank's central forecast for GDP growth to average a bit above 3 per cent in 2018 and 2019," governor Philip Lowe says in a statement. "Higher commodity prices have provided a boost to national income recently... The Australian dollar has depreciated a little, but remains within the range that it has been in over the past two years."

The RBA did note "the rate of wages growth appears to have troughed and there are increasing reports of skills shortages in some areas," suggesting it is growing more confident that wages will eventually pick up and lift the rate of domestic inflation with them. This is essential if the central bank is ever to find itself in a position where it can raise its interest rate.

It also removed a long-standing warning that a stronger Australian Dollar would be a drag on growth and inflation. This is an acknowledgement of the Aussie's 6% depreciation this year and, according to some analysts, a signal of broad comfort with the current level of the currency.

"This suggests the RBA is happy with the recent drop and with the backdrop of increased concern about the "direction of international trade policy" and signs of "strains in a few emerging market economies", less concerned about upside risks for the A$," says Robert Rennie, global head of market strategy at Westpac.

Currency markets care about the RBA decision because changes in interest rates are the raison d'être for most moves in exchange rates.

Changes in rates, or hints of them being in the cards, are only made in response to changes in inflation but impact currencies because of the push and pull influence they have on capital flows and their allure for short-term speculators. 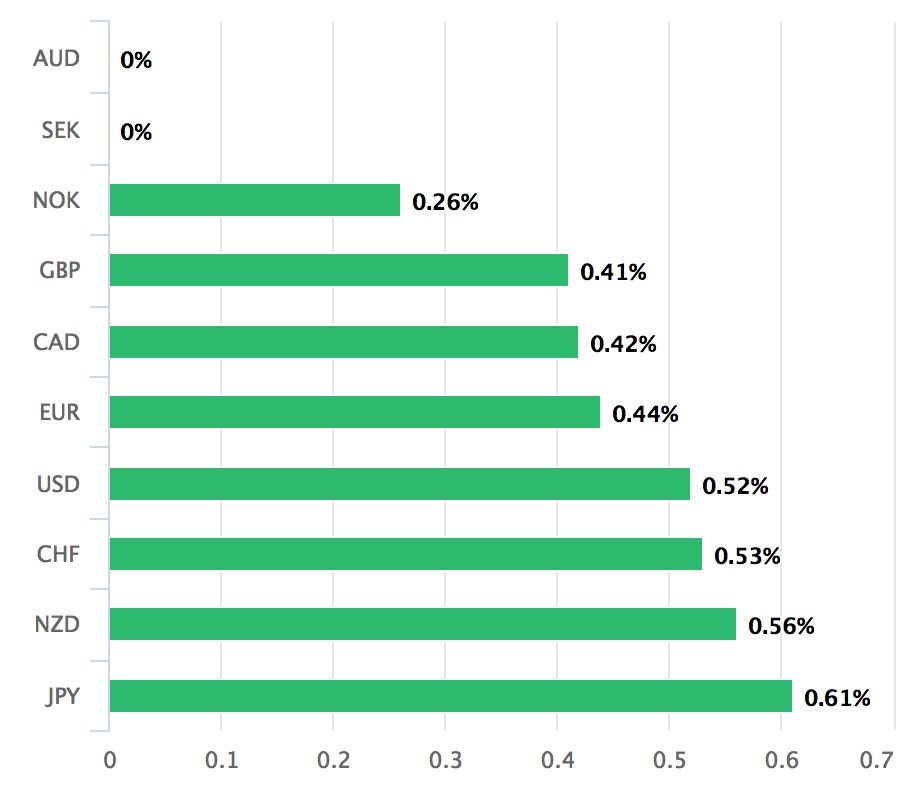 When Will Aussie Rates Rise?

Pricing in interest rate derivatives markets, which enable investors to protect themselves against changes in rates while also providing insight into expectations for monetary policy, implies an RBA cash rate of 1.50% on December 04, 2018. This suggests many investors are unanimous in expecting the RBA to hold its interest rate at 1.5% all this year.

The market implied Australian interest rate for December is down from 1.77% at the end of January this year, owing to a series of disappointing Aussie inflation data, a downbeat outlook for wage growth and risks in the global economy. The January implied rate shows that before the 2018 deterioration in Aussie fundamentals, many investors were also unanimous in expecting the RBA to raise rates before year-end.

This deterioration has taken place at a time when the US Federal Reserve and other central banks are making progress in raising their interest rates or otherwise jettisoning their post-crisis policy programmes and has had a severe impact on the Australian Dollar, which has long enjoyed support from interest rates that were for-a long-time higher than those elsewhere in the developed world. The AUD/USD rate is down nearly 6% this year.

"The market is placing a lot of focus on the Bank removing it is “more likely that the next move in the cash rate would be up, rather than down” from the June Minutes. We think too much emphasis is being placed on this omission for tomorrow's statement given this phrase has not featured in prior statements (only the Minutes). That said, the RBA commentary in the past month does suggest the Bank is likely to keep the cash rate on hold for longer than anticipated given muted wage pressures," says Prashant Newnaha, a rates strategist at TD Securities.

Back in June the RBA removed a key line, described by Newnaha above, from its most recent set of meeting minutes. Markets have taken the omission to mean that RBA policymakers may now be entertaining the possibility that they could be forced to cut the cash rate this year rather than raise it. But Newnaha and the TD team say the bar to doing this is high, saying the probability of a rate cut this year is below 15%.

"The hurdle for the RBA to turn outright dovish is very high - it would require 2 successive soft CPI prints, the tightening in credit to morph into a crunch AND a trade war. Outside of trade war risks, the RBA has time on its hands to assess the data outcomes. To sound dovish now before the data has turned would run counter to the Bank's 'gradual' policy stance," Newnaha writes in a briefing.

Trade War a Threat to the AUD

Tuesday's interest rate decision came at the tail end of an opening session to the week in which traders offered stocks, commodities and risk currencies lower in anticipation of another salvo in the so called trade war that has been front and centre for markets this year.

The White House is pursuing restrictive legislation to govern investments into the United States from China, which is Australia's largest trading partner, and recently ordered that a range of tariffs be levied against imports of more than $250 billion in American imports of Chinese goods. These tariffs come into force on July 06, although earlier levies on imports of steel and aluminium from China, Canada, Mexico and the European Union are already in force.

The White House has also been attempting to reduce the US trade deficit, citing it as a sign of malpractice by other countries in the international trade arena and evidence that protectionist action is needed by the White House.

The moves so far have drawn retaliation and threats of even further reciprocal measures from the Chinese, which all comes on top of earlier White House tariffs on imports of steel and aluminium into the United States from across the globe, including the European Union. The EU has since responded with its own levies on US motorcycles, jeans and whiskey, drawing threats of even more tariffs from the White House, this time targeting the mighty European automotive sector.

Fears are that a tit-for-tat tariff fight between the world's largest economies will quickly descend into an all out "trade war" and that this will dent economic growth in all countries it touches, which could stymy the Federal Reserve from raising its interest rate further while also denting the odds that other central banks will be able to raise their rates any time soon. 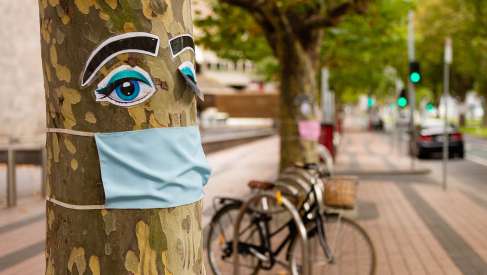 Pound-to-Australian Dollar Goes Back Above 1.80, can it Push Higher?

The Pound-to-Australian Dollar exchange rate has rallied back above the 1.80 level having posted a 0.90% advance on Tuesday and technical studies suggest further advances could be possible in the short-term, however the longer-term trend does still appear to be pointed lower.