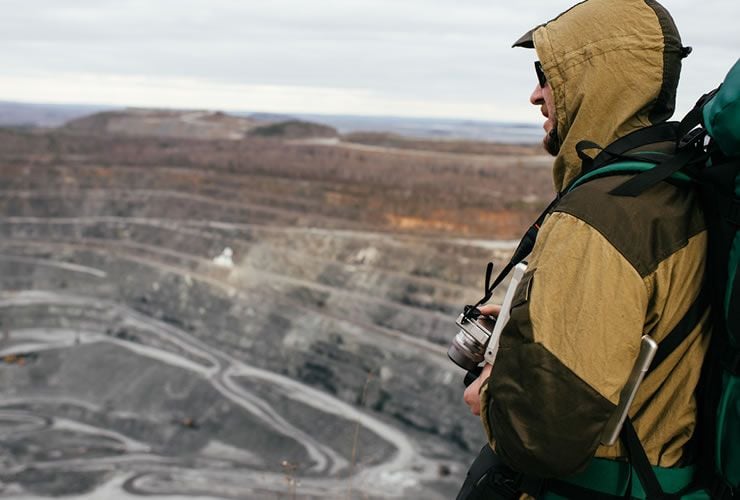 Surprisingly strong retail sales numbers have given the Aussie Dollar reason for cheer but the real story for the currency in 2018 could once again lie with commodity prices.

The Australian Dollar was seen outperforming key rivals on Thursday, January 11 after the release of retail trade data which showed a surprise surge in Australian consumer spending during the month of November suggesting this component of the economy was gaining a head of steam into the new year.

Retail sales rose by 1.2% on a seasonally adjusted basis, according to Australian Bureau of Statistics data released late on Wednesday evening, which is up from the 0.5% growth seen in October and far ahead of the more modest 0.4% increase expected by economists.

This was the strongest pace of growth seen since November 2014, which prompted traders to bid the Aussie Dollar higher in the hope that the numbers may mark the beginning of a more meaningful pickup in consumer activity, although such optimism has since been questioned by economists.

“Despite better headline retail numbers, the underlying trend numbers do not yet signal any sustained pickup in retail spending activity by consumers,” says John Peters, a senior economist at Commonwealth Bank of Australia.

The rub for those betting on a positive turn in Australian consumer spending, which spent much of 2017 under pressure, is that much of November’s surge in high street spending is estimated to have been the result of a new iPhone having been released during the same month as the Black Friday sales.

Look beneath the headline numbers and estimates of the trend retail sales number, which attempt to iron out imperfections in the seasonally adjusted data, show that underlying Aussie retail sales growth remains lacklustre.

Trend growth was just 0.1% in October and November while overall retail sales, on a trend basis, are up just 1.7% when compared with the same period one year ago.

“It has really been no surprise to see such ongoing underlying weak retail trade outcomes given broad based wages growth is at its most paltry in decades, despite the solid strengthening in labour market conditions over H2 2017,” says Commonwealth’s Peters.

The Australian Dollar was quoted 0.27% higher at 0.7868 against the US Dollar during early trading in London Thursday while the Pound-to-Australian-Dollar rate was marked 0.41% lower at 1.7140:

Australia’s jobs market remains robust but the last wages report left a sour taste in the mouths of investors and traders. This saw pay growth come in at a measly 0.5% for the three months to the end of September, much of which was due to an increase in the minimum wage during the survey period.

“Any positive impact on the retail sector from strong employment growth and a buoyant tourism sector looks likely to continue being eclipsed by historically soft wages growth and diffident consumers,” says Peters.

Currencies are sensitive to wage growth since changes in pay packets are the best leading indicator of future inflation pressures and, amid already low inflation, weak wage growth is seen begetting even more low inflation during the years ahead.

This matters because, in the absence of a pickup in inflation, the Reserve Bank of Australia is unlikely to have sufficient incentive to raise interest rates this year and, after all, it is interest rates that are the biggest driver of exchange rates.

“Additionally, despite the fact that monetary policy remains highly expansionary, household perceive their financial situation as under pressure. This is a solid headwind to consumer spending and the retail sector in general. As are surging electricity and gas prices,” Peters notes.

Weak wage growth is a problem for another reason as well. Much like elsewhere in the developed world, households in Australia are heavily indebted and so without a return to more meaningful levels of pay growth, there is a danger than an interest rate rise from the RBA would be damaging for the economy.

“Today’s retail data does nothing to alter our long held view that the RBA will remain benched until late 2018 (at the earliest) before it lifts the cash rate from its current record low of 1.5%,” Peters concludes.

All told, the boost afforded to the Australian Dollar by November’s surge in retail sales is likely to be fleeting. However, that doesn’t mean the currency cannot take new ground against its international rivals during the year ahead.

While retail sales, and domestic economic data will certainly play a role in intra-day moves in AUD, it could be that global considerations determine whether the currency ends the year lower or higher than where it started.

Commodities such as iron ore, coal and liquefied natural gas are Australia’s largest exports to the rest of the world. Changes in the prices of those goods are, therefore, important influences on Australian exchange rates.

Futures prices of iron ore, which is Australia’s largest single export, fell by more than 25% between the beginning of August 2017 and the end of October.

This was in response to a series of Chinese anti-pollution measures that were seen crimping demand over the winter period. But since then, prices have come back strongly and are now only 8.9% below their August peak.

Australia’s Dollar gained more than 8% over the greenback during 2017 while the Pound-to-Australian-Dollar rate closed the year close to 1.7200, which was broadly unchanged from the 1.7100 level at which it entered 2017.

Commonwealth’s Grace sees more gains for the Aussie currency over the greenback in the year ahead, with the AUD/USD rate likely to close the year at 0.8300, up 5.5% from its 0.7868 level on Thursday.

The Pound-to-Australian-Dollar rate, on the other hand, is forecast to fall 1.5% over the course of the year to 1.6867.

Readers can learn more about what other strategists think is in store for the Australian Dollar in 2018 here; Compilation of Major Bank Forecasts, Currency Views for 2018.