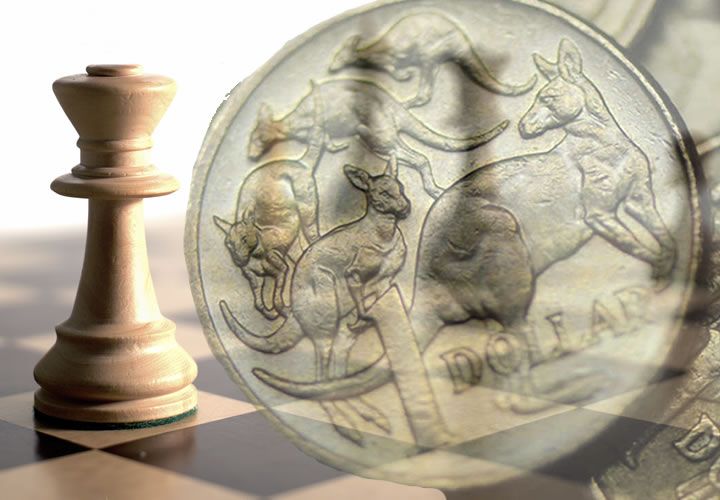 Friday's monetary policy review could see the RBA nudge its growth and inflation forecasts lower, effectively kicking the interest rate can down the road and into another quarter.

The Australian Dollar weakened broadly during early trading in London Tuesday despite a neutral, or even mildly bullish, Reserve Bank of Australia interest rate statement for November.

Australian policymakers surprised nobody when they held the cash rate unchanged at 1.5% for the 15th month in a row Tuesday but, notably for markets, Governor Philip Lowe sounded an upbeat tone on both the Australian and global economies.

Non-mining investment and the Australian labour market also came in for a mention, with Lowe flagging the outlook for both as being positive.

But on the downside, inflation is lower than it was at the beginning of the year and this is even after an artificial boost from regulated increases to electricity and tobacco prices.

Meanwhile, the Australian Dollar has risen since the middle of the year and could soon weigh on the outlook for growth and employment if it continues to appreciate, according to Lowe’s statement.

Indebted households were also flagged as a possible risk, given the low level of wage growth that prevails in Australia and across the developed world.

Unease ahead of Friday’s quarterly monetary policy statement, which sees the RBA release its latest inflation forecasts, could be one reason why Australia’s currency ceded ground to the entire G10 basket barring the Japanese Yen Tuesday.

Inflation and Growth Forecasts in Focus

“In the wake of both Q3 CPI measures undershooting RBA and market expectations there could be some modest trimming to the RBA’s near term underlying inflation forecasts in the SMP,” adds Commonwealth's Haddad.

Any downgrades to inflation forecasts would be seen by the market as something likely to defer the date at which Australian interest rates begin to rise, something that would be bad for the Aussie Dollar.

“The RBA's Nov-17 SOMP is also likely (this time) to slash their headline CPI forecast profile by a cumulative ~50bp, with a 6-month delay in the rise to both 2% y/y (becoming end-18) and 2½%,” says George Tharenou, an economist at UBS.

Both core and headline inflation had been expected to reach 2% in September, the lower bound of the RBA’s 2% - 3% target, but both measures missed the mark and left economists concerned over the apparent absence of underlying price pressures.

“The decline was despite upward pressure from a regulated increase in utility prices. In fact, regulated services prices continue to provide much of the impetus for inflation, with nontradables up more than 3% from a year ago,” says Josh Nye, an economist at RBC Capital Markets.

The inflation disappointment came barely a week ahead of September’s retail sales numbers, which showed consumer spending growth stalling at 0.0% after contracting during the two prior months.

“We caution investors to not mistake the RBA's 'bullishness' for 'hawkishness', or a signal for a near term rate hike – especially given their 'neutral' stance,” says Tharenou, referencing a tendency for the RBA to apply positive spin to many of its statements.

The string of poor economic numbers emerging from Australia of late already served to keep the Aussie Dollar under pressure through much of October, but downgrades in Friday's statement could see this weakness extend well into November. The Reserve Bank will release its quarterly statement at 12:30am London time Friday.

“While the trough in wage growth is likely behind us, we’ll need to see a continuation of strong job gains and a decline in the unemployment rate below its recent range for labour market conditions to begin feeding through to consumer prices,” says RBC’s Nye. “Until then, the RBA is likely to see underlying inflation remaining on the low side of target and thus little need to raise the cash rate from its current, record-low.”

Before September’s inflation numbers, there were hopes in some parts of the market that the RBA might follow its North American counterparts by raising interest rates as the first quarter of 2018.

“We continue to expect the RBA to lag global policy normalisation, and keep the cash rate on hold until 2H-18, before hiking by 25bp,” says Tharenou.