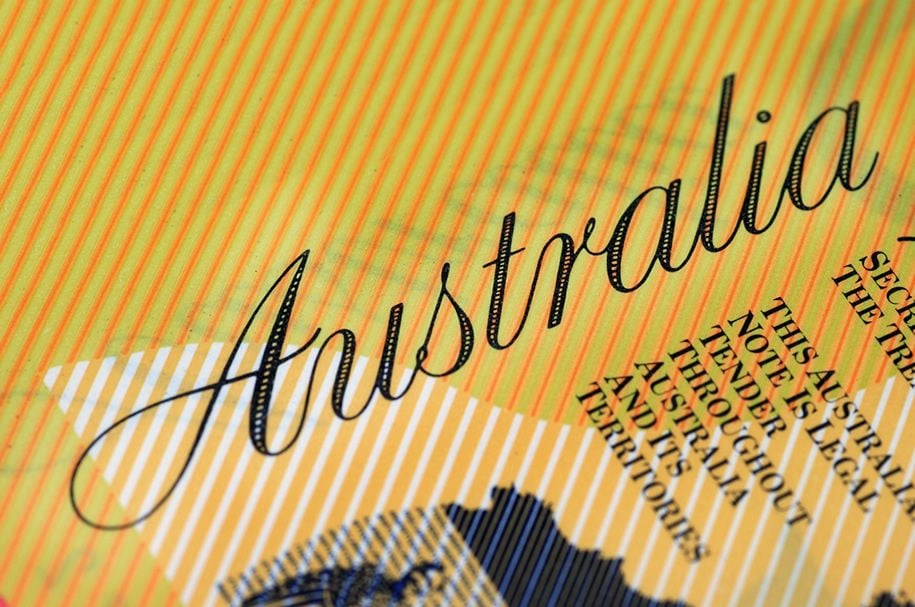 The Australian currency is moving higher at break-neck speed on a combination of a benign outlook for China, a floor in iron ore’s declines, and the significant interest rate advantage Australia has over the rest of the G10, bar New Zealand.

The Australian dollar has seen strength grow as the chance of a Reserve Bank of Australia (RBA) cutting interest rates in 2016 recede further. The currency retested 76c against the US dollar at the start of the new week as Australian PM Turnbull brings forward the Federal Budget to coincide with the May's RBA meeting.

This saw odds for a rate cut slashed by markets to 24.6%, down from 35% ahead of the announcement.

The pound sterling has fallen further and now only buys 1.89 AUD, down from 2.09 at the start of the year.

Is the Aussie dollar now too strong?

The argument goes that a higher currency makes Australian goods and services too expensive on global markets, ensuring the growth of Australia's non-mining sector becomes hamstrung.

We note two RBA officials have already come out in the past few days highlighting increased concerns about AUD appreciation.

"The RBA may want an AUD at the lower end of 70 cents, and some even want it at 65 cents. However, in the coming three to four months, it is hard to see the AUD finding anything other than support when it weakens slightly," says Evan Lucas at IG in Melbourne.

It would appear the only credible obstacle to the currency’s run higher is Reserve Bank of Australia intervention directed at the currency.

“While the RBA is unlikely to follow in the RBNZ's footsteps on cutting rates, that will not stop it from leaning against AUD appreciation more verbally, if needed,” say CitiFX in a brief to clients.

“While the central bank are mindful of the difficulties of attaining a cheaper currency, without explicit policy action, expect Stevens to attempt to talk the currency back lower,” says Jeremy Stretch at CIBC in London.

We would argue though that mere words are unlikely to halt the Australian dollar as proven in the past.

A case in point is the attempt by the RBA’s Christopher Kent in November 2014 in which the AUD fell on his jawboning only to soon recover, and add insult to injury by actually advancing further than it had been prior to the intervention.

Unless central banks back words with action there is little prospect of verbal intervention working.

It is also worth pointing out that central bank desire to target weaker exchange rates appears to be one the wane.

UniCredit have warned the US dollar is likely to decline in 2016 partly because central banks such as the RBA, European Central Bank, Bank of Japan and the Bank of Canada are more inclined to sit back and watch their currencies rise.

UniCredit cite the RBA in particular as having turned, "less dovish" and unlikely to target a lower AUD.

This view is echoed by HSBC who believe central banks have woken up to the fact that targetting lower currencies is a zero-sum game.

It may be coincidence, but the nature of the currency war changed materially after the G20 meeting in Shanghai in February.

There was little modification to the language, merely repeating previous commitments to “refrain from competitive devaluations” and will not target “exchange rates for competitive purposes”.

Pound sterling is meanwhile seen trading at its lowest levels since March 2015 and all indicators point to further losses.

The GBP/AUD is trading below the short- medium- and long-term moving averages confirming the outlook is negative in all timeframes.

In the current market we would suggest it is futile calling a downside target as there is little written into the charts that gives us clues as to where selling may dry.

CitiFX Technicals have gone long AUDUSD at 0.7597 to target 0.8120-.8180 as they see a technical breakout in the pair as well as in oil and other commodities.

The CitiFX Flows team also point to real money buying of AUD recently but none of this is likely to stand up to heightened verbal intervention from the RBA, if and when it comes.

The better way to play for AUD resilience, argue Citibank may lie on crosses against EUR & GBP and with AUDNZD targeting 1.1300 – 1.1350.

GBP/AUD in short-term downtrend with no signs yet of reversal but a major support level could underpin current prices.

GBP/AUD under pressure near three-month lows but eyes major chart supports between 1.83, 1.8250.

October is on course to be the best month for the Australian Dollar of 2021, with a 3.74% advance being registered against the U.S. Dollar to date.