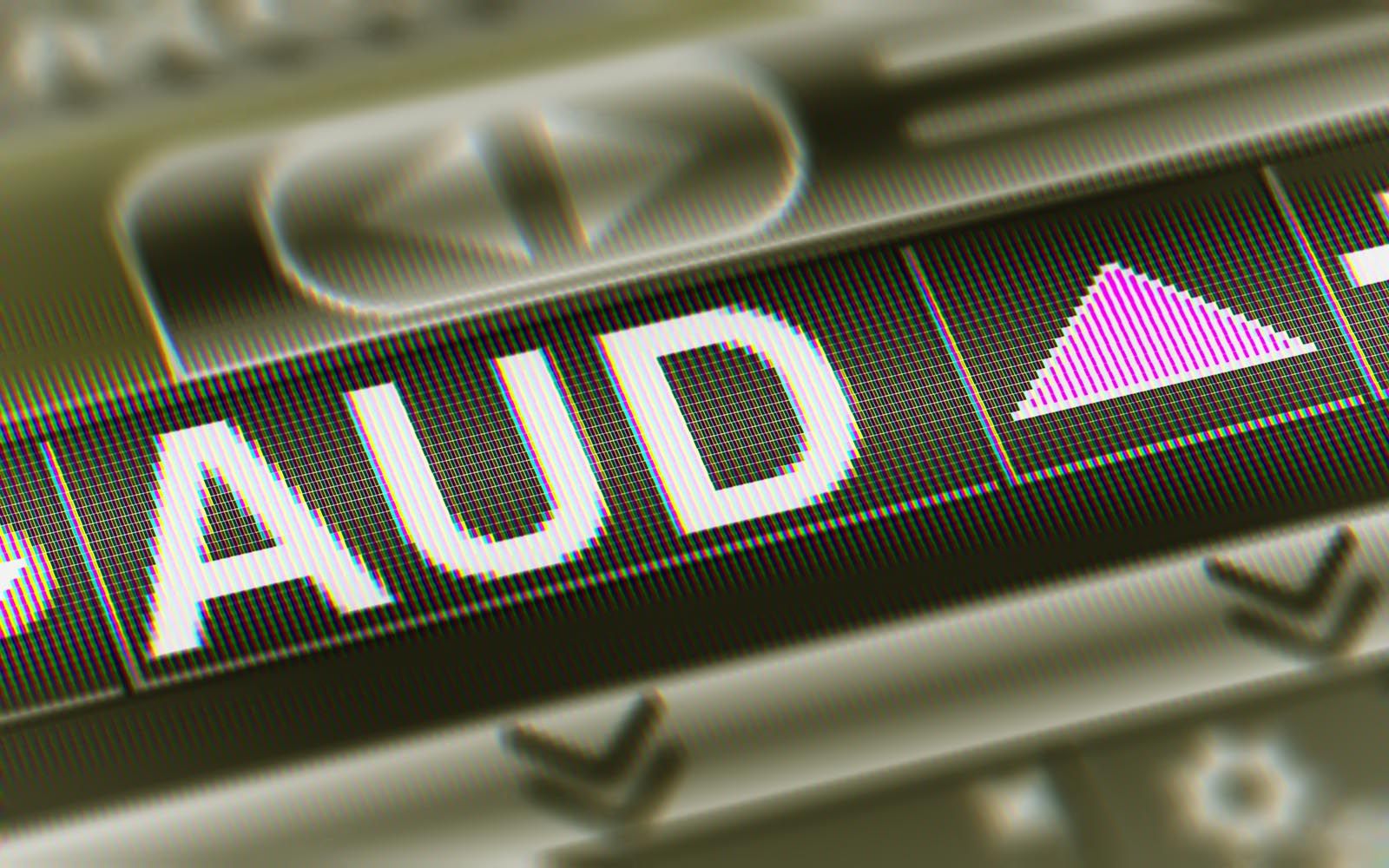 The Pound to Australian Dollar exchange rate is trading at around 1.8273 at the time of writing after rising 0.29% in the week before.

Studies of the charts indicate an ambiguous outlook with the possibility of a reversal despite the downtrend remaining dominant. 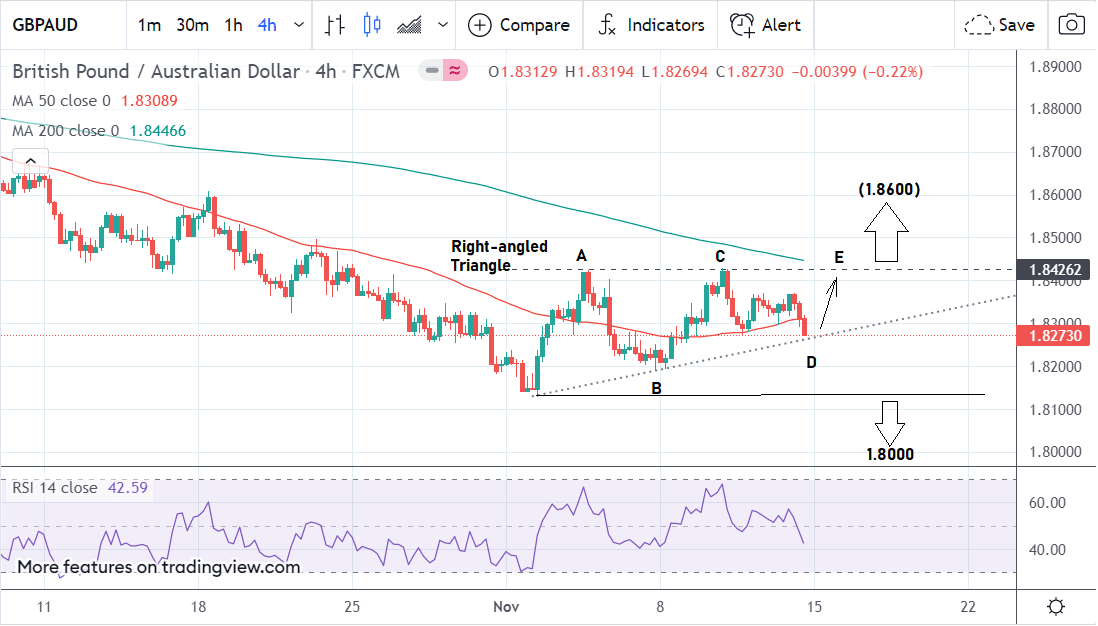 The 4hr chart is used to determine the short-term outlook, which includes the coming week or next 5 days.

The triangle looks almost complete after forming four waves (A-B-C-D), with probably only one more leg - wave E - remaining to play out.

According to technical theory once they have completed, right-angled triangles are expected to break out in a volatile spike in the direction of the flat edge of the triangle, which in this case would be higher.

Given the overall trend is down, however, there is still a chance the pair could also break lower.

Traders ought to beware of ‘fakeouts’, that is false breakouts (in either direction), and wait for confirmation before entering a trade.

A breakout to the downside would need to surpass the existing 1.8126 lows to gain confirmation, with the next downside target at the 1.8000 round number.

A break to the upside ought to break above 1.8465 for confirmation, leading to an upside target of 1.8600, the 61.8% fibonacci extension of the height of the triangle extrapolated higher.

The daily chart, which describes how the trend could play out over the medium-term, or next week to month, shows how the overall trend since August has been down, but that this trend has recently stalled and entered a sideways consolidation pattern - the triangle which we have already talked about in the 4 hour chart commentary. 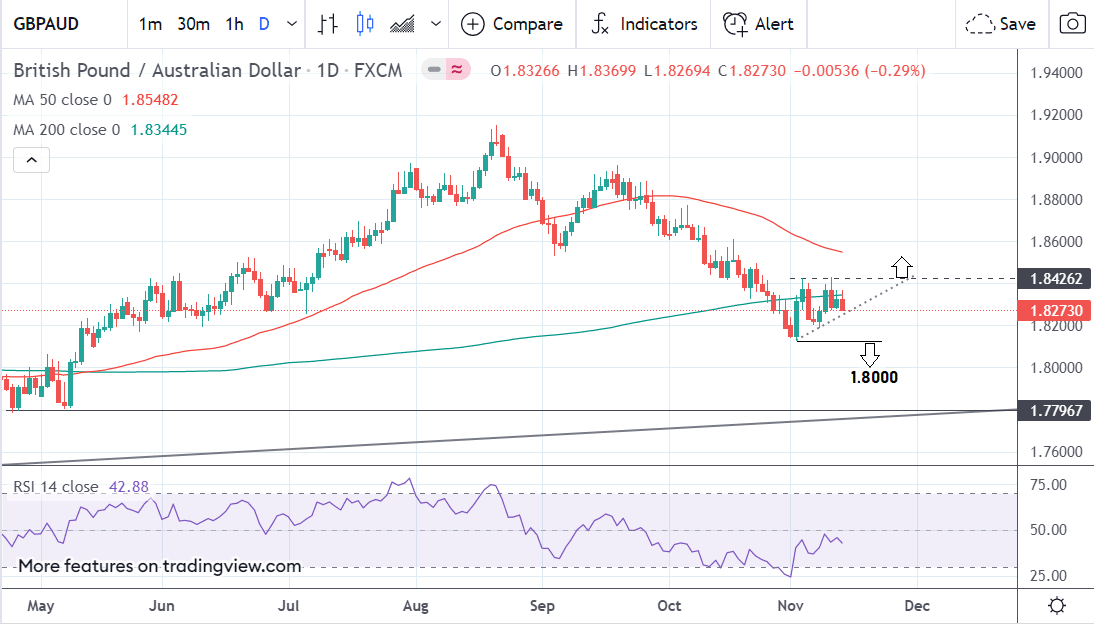 Whilst a continuation of the broad down-trend is favoured - to a potential target at 1.8000 - it is also possible the pair may be reversing trend given the formation of the right-angled triangle since the flat edge is at the top of the pattern.

The weekly chart - used to give an idea of the longer-term outlook, which includes the next few months - is indicating a more bearish outlook for the pair. 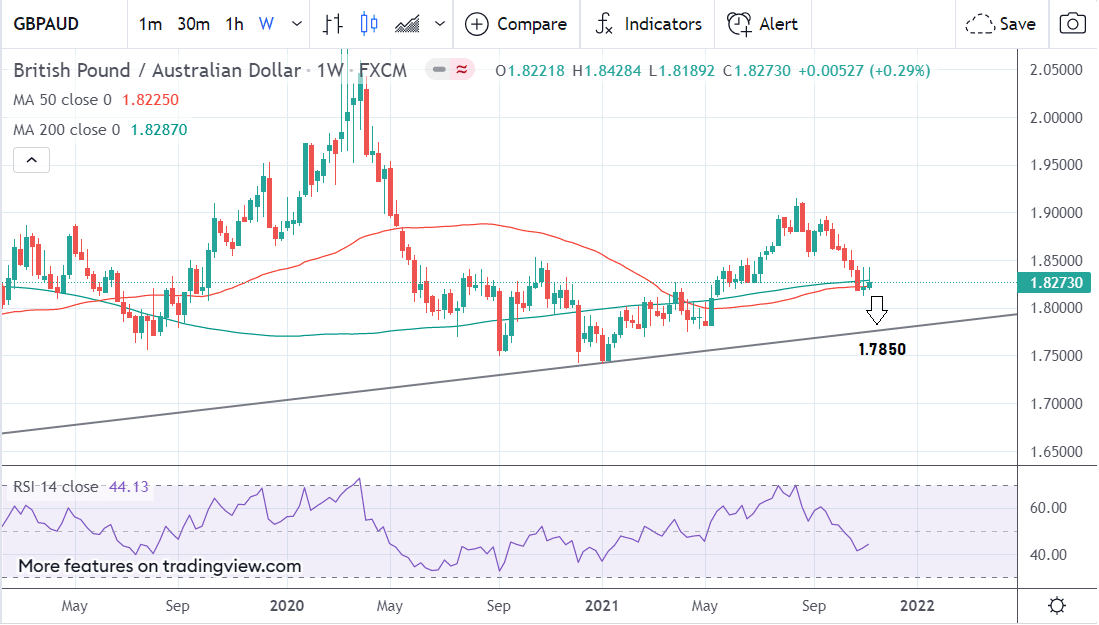 Price formed a bearish shooting-star Japanese candlestick pattern last week, consisting of a long range but a small real body (open to close) at the bottom, and remains below the two major moving averages of the 50 and 200-week MAs.

An eventual continuation lower is favoured, therefore, to a possible target at 1.7850 and the major trendline drawn from the October 2016 lows. The RSI momentum indicator in the bottom panel is also bearishly inclined, being comparatively lower than it was before.

In the week ahead, events potentially impacting on the Aussie will be dominated by speeches from Reserve Bank of Australia (RBA) board members, starting with Assistant Governor Ellis, who will be making an appearance before the Senate Legal and Constitutional Affairs References Committee, on Monday at 12.30 GMT, and then Governor Philip Lowe, who will be speaking after the release of RBA meeting minutes on Tuesday at 2.30, about “Recent Trends in Inflation”.

The most closely watched of the three will be Lowe’s address concerning inflation. His view up until now has been that inflation needs to be keenly watched due to the pick up in wage growth in Q3 and global inflation “running hot”.

If he strikes a particularly hawkish tone (i.e. that inflation is likely to rise) the Aussie may gain ground.

The RBA meeting minutes, meanwhile, are not expected to reflect anything new, however, an unexpectedly hawkish tone could provide a bullish catalyst for the Aussie.