The Australian Dollar advanced on the Pound and U.S. Dollar as iron ore prices hit fresh all-time highs, driven by ongoing demand for the raw material amidst signs of a burgeoning global economic recovery.

"The upward march of commodities showed no sign of abating yesterday, with copper prices up another +1.76% to reach a fresh high for the decade, and spot iron ore prices rose above $200/ton for the first time ever," says Jim Reid, an analyst with Deutsche Bank. "My summer building project at my house looks like it is getting more expensive by the day."

The Australian Dollar had however been a laggard earlier on Thursday in a knee-jerk reaction to news China would suspend a key trade accord with Australia.

China - Australia's main export market - said on Thursday it had suspended an economic agreement with Australia; media reported the move is a tit-for-tat response to Australia's apparent scrapping of a Belt and Road infrastructure pact.

But selling the Australian Dollar was always going to be a hard task in light of the ongoing commodities boom. 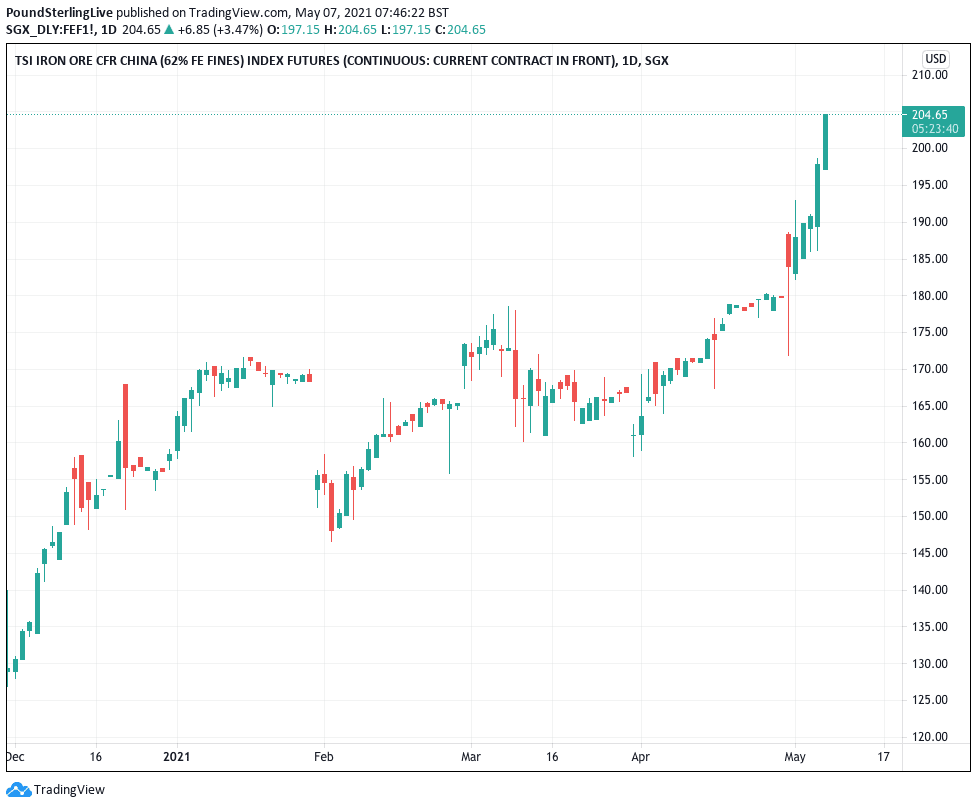 The Australian Dollar is considered a commodity currency owing to the support it derives from the sale of Australian raw materials.

Australia's trade balance has improved notably through the latter part of 2020 and early 2021 courtesy of the high prices iron and other commodity exports are commanding on global markets.

The Australian Dollar will therefore only really likely become susceptible to worsening relations with China when the commodity cycle turns lower.

This reaffirms that commodity prices are proving supportive, but there are certainly other headwinds at play that are depriving the Aussie unit of stellar valuations.

The British Pound looks set to record a weekly loss against the Australian Dollar but it is remarkable that there is very little in it, with the pair only down 0.08% at the time of writing.

This is a pair that is truly struggling for direction.

The U.S. Dollar-to-Australian Dollar exchange rate meanwhile continues to consolidate in a band defined by 0.77 at the bottom and 0.78 at the top.

There appears very little appetite at present to break the range in a foreign exchange market that is broadly looking for a new big theme.