- AU retail sales beat expectations in Oct but further gains ahead.
- Best yet to come but global economy matters more for the AUD.
- AUD to extend rally if Fed crimps USD, global economy picks up.

Australia's retail recovery is only at its beginning despite strong  growth in October announced overnight, although the Australian Dollar underperformed on Friday and is expected to remain more sensitive to the evolving global outlook than domestic developments, according to economists and strategists.

Australian retail sales rose 1.4% in October, the Australia Bureau of Statistics said, which was a downgrade from the preliminary estimate of a 1.6% gain but one which more than reversed September's -1.1% decline.

October sales growth was also far ahead of the 0.5% increase anticipated by the market following the reopening of physical stores in Australia's second largest state Victoria, which saw strong increases in spending at cafes, restaurants and takeaway food services as well as in clothing, footwear and personal accessory stores.

But October's data does not reflect the November reopening of much of Australia's second largest state economy nor the Black Friday retail promotions of that month, with year-on-year sales for Victoria state still down -5.2%.

"ANZ data suggests that November retail sales will be much stronger than recent months, as pent up demand from Melbourne’s lockdown flows through to very strong sales, and Black Friday lures in more retail spending and pulls forward some Christmas shopping. While part of the November increase is a temporary lift from post-lockdown excitement and pent up demand, some of the growth will be sustained," says Adelaide Timbrell, an economist at ANZ. 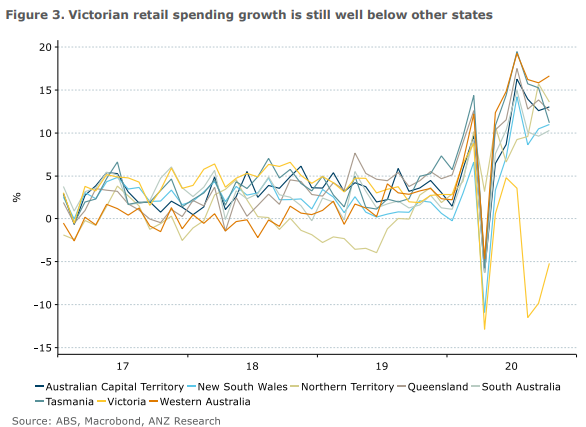 Victoria's capital Melbourne was on the receiving end of a second 'lockdown' that lasted the four months to the end of October, meaning the recovery of retail spending associated with the reopening of physical stores will still to come and could yet see Australian retail sales bettering October's performance.

Friday's data leaves Australia well positioned to continue the robust economic rebound that got underway in the third-quarter although what matters at least as much for the Aussie Dollar, if not more, is the global economic outlook that cooled during the final quarter in response to a return of coronavirus-related restrictions in Europe and the U.S.

Reserve Bank of Australia (RBA) Governor Philip Lowe highlighted this week the importance of that outlook in testimony to parliament, where he said the bank would likely have to follow in the footseps of the Federal Reserve (Fed) and other central banks.

"The widening in AU-US real rate spreads has been one factor explaining the AUD/USD appreciation in our medium-term model. Relative AU US economic performance in 2021 is going to be important, along with central bank policies particularly in terms of QE prospects," says Ray Attrill, head of FX strategy at NAB, who forecasts a period of consolidation ahead for the Australian Dollar around this week's 0.74 level.

RBA policy will be influenced by the actions of others because of the impact that standing apart from the crowd could have on the appeal of government bond yields that were already among the highest available across major developed economies. These factors have been exacerbated by the pressure that Fed policy has placed on U.S. bond yields, with both together having helped lift the Australian Dollar to multi-year highs.

But currency strength will risk reducing the inflation pressures coveted by the RBA as it makes imported goods cheaper. November's decision to cut the cash rate and expand as well as reorient Australia's quantitative easing programme toward longer-term bond yields was in part the result of exactly these concerns, although most analysts see the RBA struggling to do anything more than slow the Australian Dollar's ascent over the coming quarters. 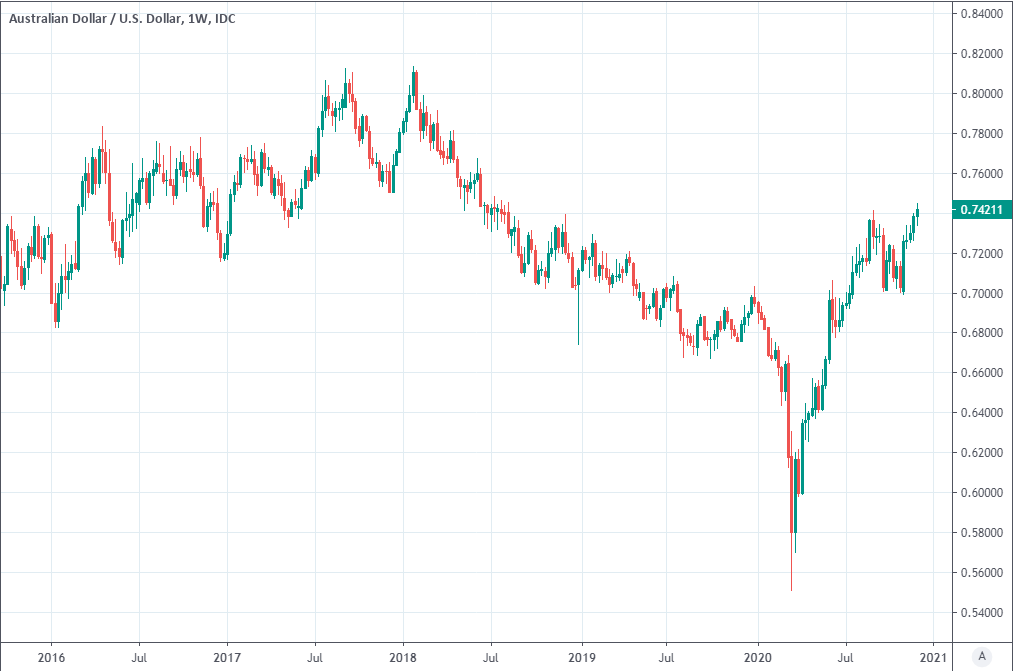 Above: AUD/USD shown at weekly intervals.

"The number of US cities and municipalities reinstituting suppression measures continues to grow and the immediate US growth outlook is under a cloud. That argues for a dovish Fed in a couple weeks and continued pressure on the US$," says Richard Franulovich, head of FX strategy at Westpac. "Further gains for the A$ are likely into 2021 if we see a dovish Fed pivot in December and as vaccine deployment feeds optimism on global recovery prospects."

Australia's Dollar reached its highest level against the U.S. Dollar since July 2018 this week around 0.7450, although it was underperforming relative to other major currencies on Friday, with profit-taking ahead of November's U.S. non-farm payrolls report and the weekend in the frame.

Britain's approval of the Pfizer and BioNTech coronavirus vaccine on Wednesday, anticipated approval in the U.S. and Europe as well as a renewed prospect of U.S. lawmakers agreeing a fiscal support package for households are among the factors cited for these gains in AUD/USD.

But Westpac sees the Aussie as vulnerable to a correction lower in the short-term, although it advocates that clients use these dips as buying opportunities. The bank forecasts a year-end finish for AUD/USD around 0.75, ahead of an anticipated climb to 0.80 by the end of next year. 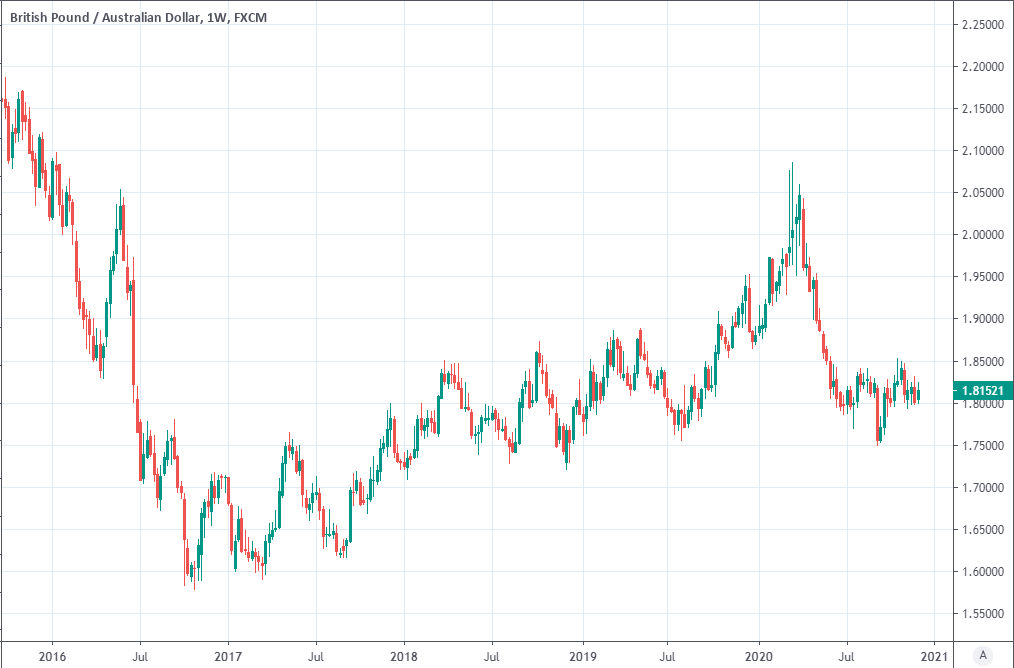