The Pound-to-Australian Dollar exchange rate is bottoming out says Westpac, adding the pair should now trade in a narrow range during the final quarter after the Aussie Dollar was wobbled by a U.S. Dollar rebound and as investors navigate the pitfalls of November's U.S. presidential election.

The Australian Dollar lost ground to the British Pound in midweek trade having come under pressure from a recovering U.S. Dollar and speculation suggesting that another Reserve Bank of Australia (RBA) interest rate cut could be on the way as Australia's economic growth trajectory moderates.

“Our baseline scenario over Q4 is for both AUD and GBP to trend higher against a vulnerable US dollar. Bouts of equity volatility driven by e.g. US election uncertainty should produce bounces in GBP/AUD back above 1.8200 but our central forecast multi-week/month is 1.7850,” says Westpac's Sean Callow. “Australia’s growth pulse has been modest, slowed by Victoria’s second lockdown. The UK has rebounded sharply but the new restrictions announced by the government this week will slow the recovery.” 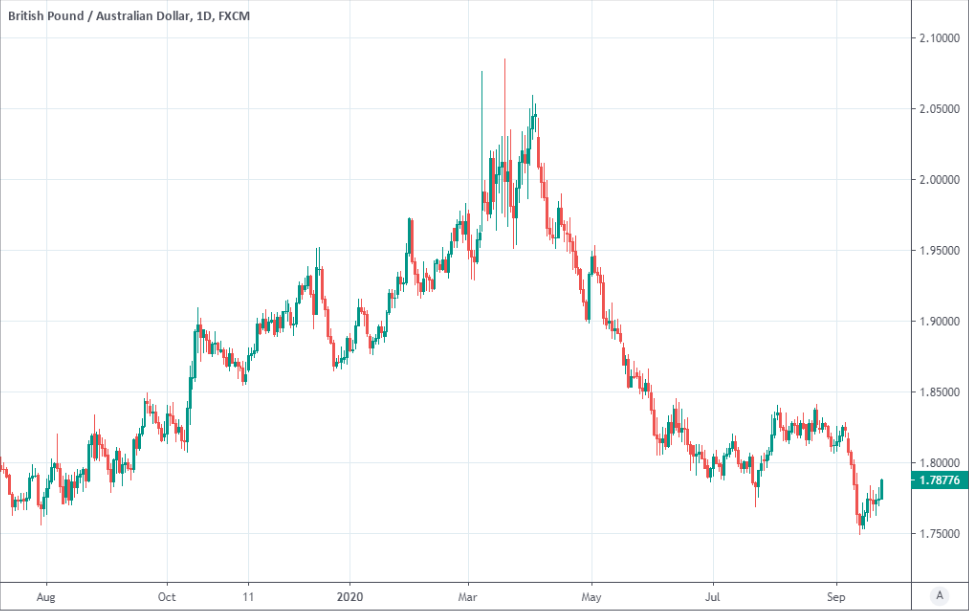 European governments have either begun or are on the verge of imposing new coronavirus-related restrictions, with the UK the latest to experience a second wave and the government wasting no time in imposing new rules.

New restrictions are expected to slow the UK’s recovery but no more so than equivalent measures already have in Australia and so despite the measures, the Pound-to-Aussie rate has actually risen in recent days.

The U.S Dollar rebound over recent days is an outright headwind to elevated commodity prices that have done a meaningful part of the heavy lifting involved with keeping the Australian Dollar trading at above 0.70 in recent months, which explains why the antipodean unit is the worst performing major currency of the last week.

With the U.S. Dollar in recovery mode the AUD/USD rate could remain under pressure, which is supportive of GBP/AUD because that Sterling pair is heavily influenced by movements in the main Australian exchange rate.

Growing expectations for a Reserve Bank of Australia interest rate cut over coming weeks is also proving to be a headwind that is growing stronger for the Australian Dollar.

Westpac said Wednesday that it expects the cash rate to be cut to 0.10% in October while NAB has also offered a similar view, and there’s a danger the RBA could now be forced to do exactly that or else risk a doubtless-unwelcome rally in Australian Dollar exchange rates.

Investors have already priced-in an RBA rate cut to -0.08% for October so if one is not delivered the bank might lift the Aussie as the bond and derivative markets adjust, just as policymakers are becoming concerned about currency strength.

"Australia’s 3‑year government bond yield is now firmly below the RBA’s target of 0.25%, implying roughly a 50% probability the 3‑year yield target is reduced by 15bps to 0.10% on 6 October. Australian leading economic indicators were mixed overnight,” says Joseph Capurso at Commonwealth Bank of Australia. “Technically, AUD/USD is vulnerable to a correction near 0.7060 (June high). Beyond the short‑term, the fundamental AUD/USD uptrend is intact.” 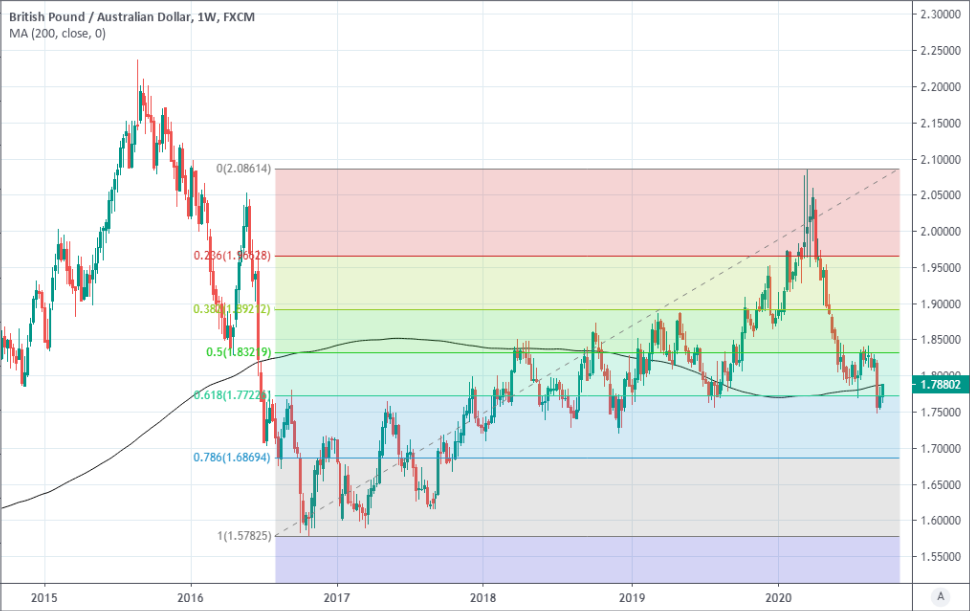 Deputy Governor Guy Debelle reiterated already-known views on negative interest rates and exchange rate strength this week but in a manner that sounded like a complaint against the currency and which certainly took the market by surprise as the bank had cultivated a perception it had accepted that Aussie strength is almost inevitable.

Australia’s commodity-sensitive currency would always be likely to strengthen in an environment where China’s economy is perceived to be recovering strongly and the domestic economy is running a current account surplus as a result of a booming trade in some commodities.

The danger for the Pound-to-Australian Dollar rate is that Aussie strength renews in the coming weeks either because the RBA neglects to cut rates or the U.S. Dollar resumes its downtrend.

This would put Sterling under pressure unless the British currency is able to shake off its coronavirus constraints and simultaneously avoid a ‘no deal’ Brexit, reflected by a matching rally in the main Sterling exchange rate GBP/USD.

“Earlier this month the Australian dollar hit highs against the British pound since December 2018, with positive global risk appetite and strong commodity prices underpinning the Aussie while sterling slid on renewed concern over UK-EU trading arrangements,” says Westpac’s Callow. “The cooler global risk mood in recent days has produced A$ underperformance but ultra-loose central bank policy settings should limit the duration of such pullbacks.” 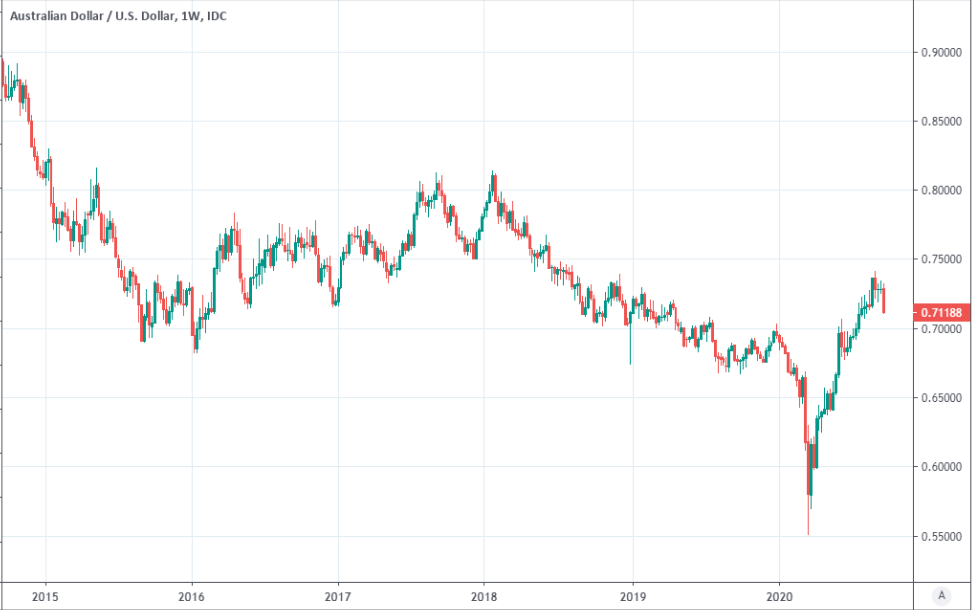