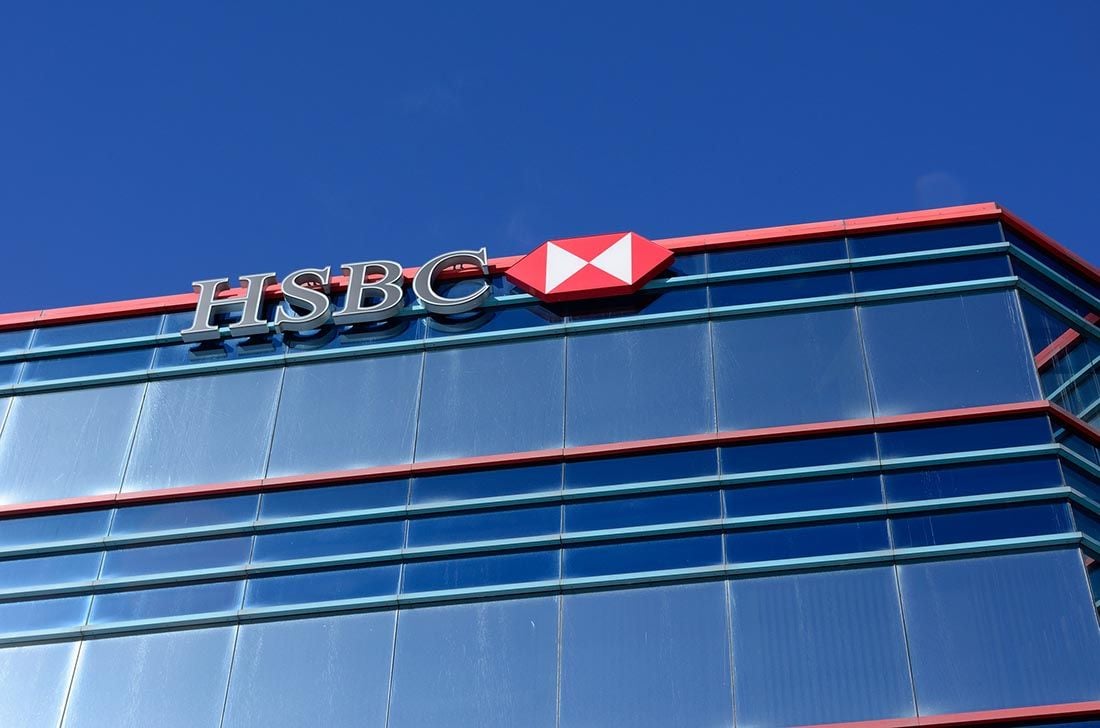 Editorial image in the Public Domain

The Australian Dollar's 2020 rally is built on solid fundamentals and not "speculative excess" says HSBC, whose foreign exchange research team who have this month raised their forecasts for the antipodean currency.

"We have viewed the medium-term prospects for the AUD and the NZD as among the most favourable within G10 FX amid expectations for a gradual recovery in global growth," says Dominic Bunning, a senior currency strategist at HSBC in London. "We remain bullish and revise our forecasts higher."

The external backdrop still appears supportive for the Australian Dollar and HSBC's new forecasts "also factor in an apparent degree of comfort by domestic policymakers with FX appreciation in line with rising commodity prices and better trading partner growth prospects."

Often an appreciating currency can prove to be a headache for policy makers as it lowers the returns earned by exporters and raises the cost of a country's exports on the international market.

A rising currency can also be a deflationary force, which can often work against central banks who might be intent on pushing inflation back towards the 2.0% level, something all G10 central banks are currently trying to achieve.

This particularly true of the European Central Bank, who are concerned with the Euro's rally in 2020 that has seen it move up 8.22% against the British Pound and 5.73% against the U.S. Dollar.

When the EUR/USD exchange rate hit 1.20 in September 01 the ECB's Chief Economist Philip Lane reminded the market that the exchange rate does in fact matter; the currency promptly fell and has since struggled to find upside traction.

Despite the Australian Dollar's advance in 2020 the Reserve Bank of Australia (RBA) has shown little indication it is bothered with the appreciation as yet, and analysts are widely of the view that RBA policy won't therefore be an obstruction to further Aussie Dollar gains.

But the case of the Euro vs. Australian Dollar has more to it than mere central bank opinion says HSBC, "the important distinction from the case of the EUR is that there are strong signs recent antipodean currency appreciation is in line with fundamentals." 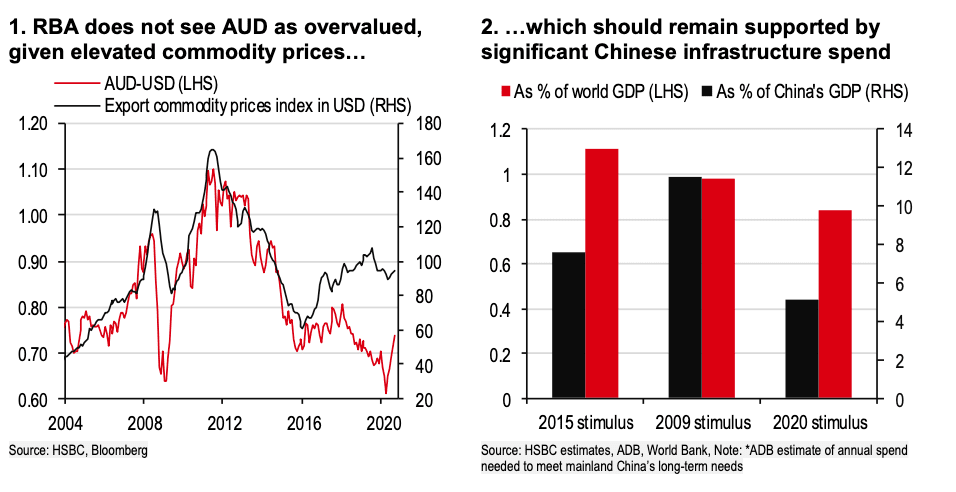 Much of the Aussie Dollar's ascent of recent months has come on the back of improved iron ore prices, given the commodity is Australia's main export earner and is therefore a significant fundamental driver of Australian Dollar value.

The rise in iron ore prices since March has in a large part been driven by demand for China, where government stimulus initiatives have seen demand for iron ore rise as new infrastructure development projects come on line.

Demand has been further buoyed by the record-breaking summer floods the country has endured, with significant infrastructural developments needed to rebuild and boost Yangtze River flood defences.

However, the rally in iron ore might be coming to an end and we reported on Thursday that commodity strategists at Commonwealth Bank of Australia say steel market participants are particularly concerned that demand from China’s infrastructure and real estate sectors could be faltering.

But HSBC see the supportive backdrop of firm commodity prices extending into 2021.

"The price of Australia’s export basket of commodities has stayed relatively elevated and is now higher than at the start of the year. The rebound in economic activity in China, including infrastructure investment that is comparable with 2009 and 2015, bodes well for these bullish fundamentals to persist into 2021," says Bunning.

"There are strong signs that the post-March rally is built on solid fundamentals, and this has led policymakers to take a more hands-off approach to FX, in contrast to other jurisdictions such as the Eurozone. This is especially true for the RBA and the AUD, where rising commodity prices, supported by a strong infrastructure-led rebound in Chinese growth, and widening yield differentials mean that fair value estimates have risen," says Bunning.