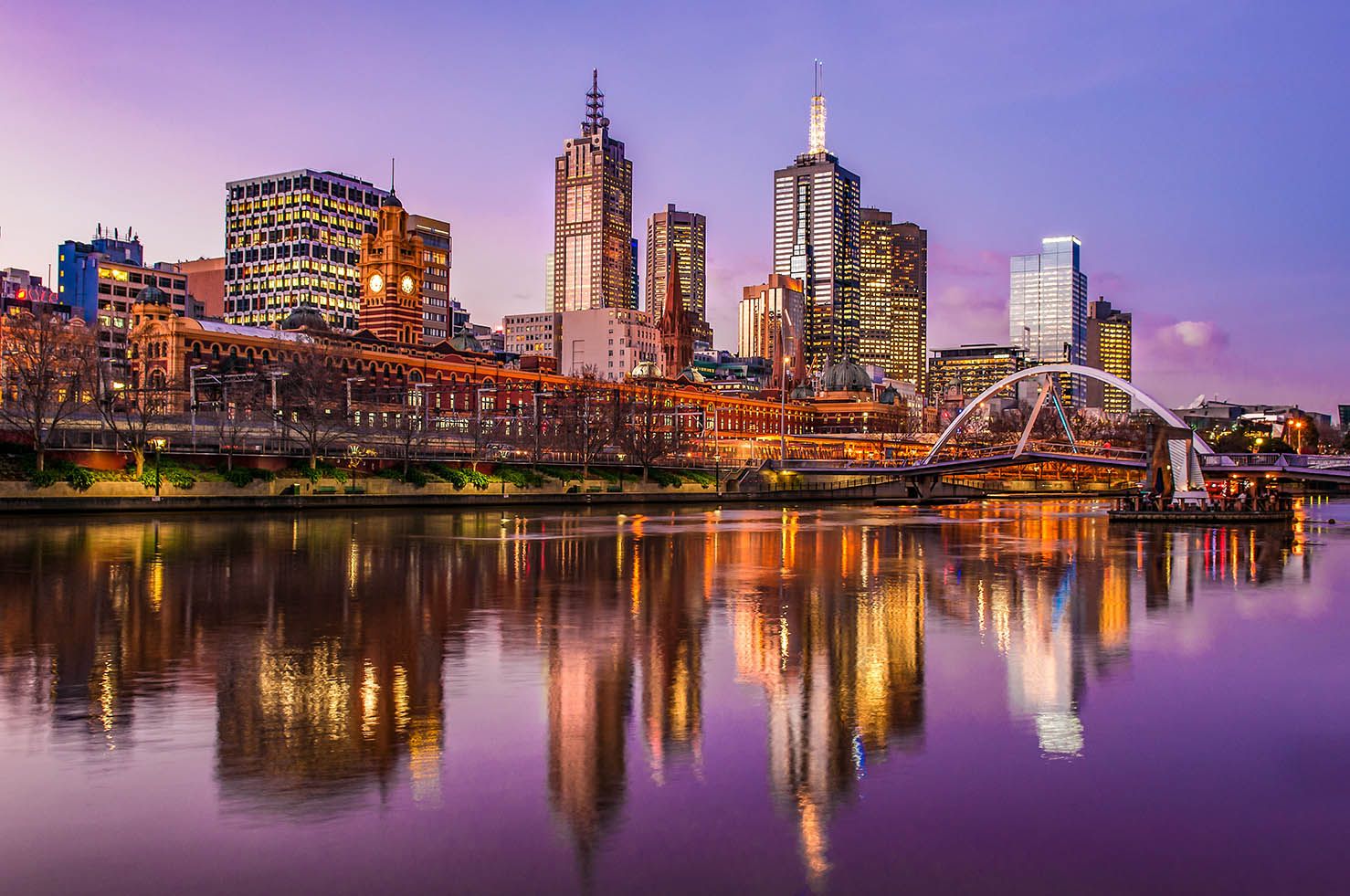 The Australian Dollar was tumbling Tuesday after Victoria State reimposed a 'lockdown' to contain a second outbreak of coronavirus that risks seeing the antipodean go from hero to zero in the currency market.

Australia's Dollar underperformed after Victoria Premier Daniel Andrews announced that "hot zones" within the state will return to 'lockdown' from July 01 due to a sudden, sharp pickup in unexplained transmissions that are thought to be linked to failures of a quarantine programme.

"As a result of genomic testing, the Chief Health Officer has today advised the Government that a number of our cases through late May and early June can be linked to an infection control breach in the hotel quarantine program," says Daniel Andrews in a statement. "These “hot zones” will be required to return to Stage 3 Stay at Home restrictions – until at least 29 July. If you live in these locations, there will again only be four reasons to be out."

Victoria said Tuesday there are 281 confirmed cases "that have been acquired through unknown transmission," following the 14th double-digit increase. The state has a population of more than 6 million and says that some new cases resulted from failures of a hotel quarantine programme but had on Monday attributed a number of cases to reopened schools. 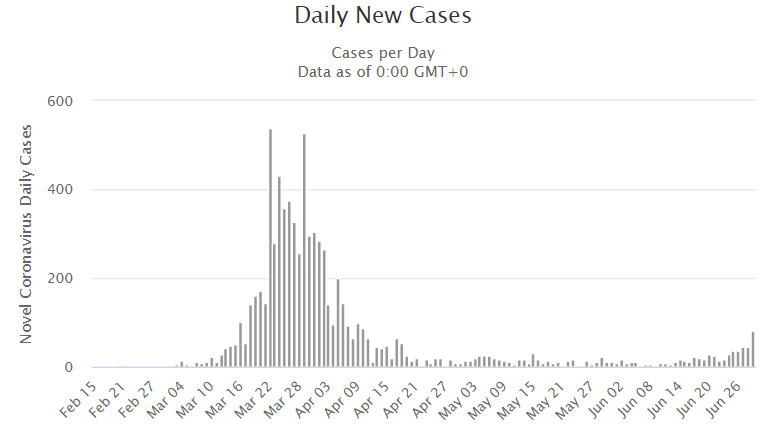 New cases are growing in Australia following a 28.5% rally by the commodity and risk-sensitive AUD/USD rate from its March lows at 0.55.

This is as tensions rise between China and international counterparts, while investors remain on edge over the second wave of coronavirus in the U.S., which led Texas, Florida and California to reverse earlier decisions to ease some restrictions on movement and activities last week.

"AUDUSD’s rally petered out at 0.6890 before returning to Monday’s open around 0.6860. The session started on a firm note on news that China’s industrial profits turned positive in May. It, however, could not eclipse the resurgence of coronavirus cases in Victoria, the second most populous state," says Philip Wee, a strategist at DBS Group Research.

The 321 cases have added nearly five percent to Australia's 7,863 total cases and are a risk to a country and currency that had previously outperformed many others in initial efforts to contain the disease. The new outbreak comes as the growing second wave in the U.S. drives a correction in risk assets including stock markets and the Australian Dollar.

The Aussie Dollar was underperforming S&P 500 futures in the European session Tuesday when previously it had tracked them in lockdstep on the days when it wasn't outperforming the benchmark of American companies. Price action came as investors mulled the implications of China's passing of a so-called Hong Kong security law, which flys in the face of the country's commitment to a one-country-two-systems model of governance and has already led the U.S. to withdraw Hong Kong's special status.

"In our view, there is a risk that CHN, AUD and NZD weaken if the Chinese government responds to the US announcement," says Kim Mundy, a strategist at Commonwealth Bank of Australia. 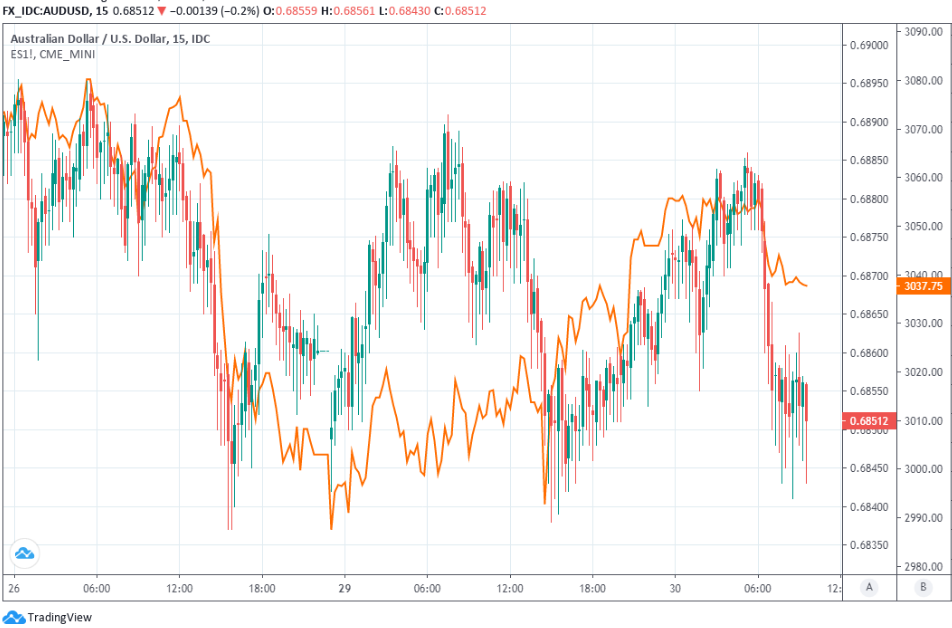 Secretary of State Mike Pompeo said last week the U.S. would treat Hong Kong in the same way it does China if China itself continues to behave toward the city in the same way as it does the mainland. The European Council's Charles Michel said the bloc "deplores" China's passing of the law and sait would undermined 'the rule of law' in the city.

China has threatened retaliation against the U.S. withdrawal of special rights of access to the American market, just days after The Wall Street Journal reported that the world's second largest economy is on the verge of discontinuing agricultural purchases agreed under January's 'phase one deal,' in response to what it says is the U.S. meddling in its own internal affairs.

Risk assets including the Australian Dollar had been wobbled last week when White House adviser Peter Navarro said the deal was "over" only for his comments to be quickly walked back by President Donald Trump and others, which means the Australian Dollar's correction could be likely to gather pace in the event that tensions continue to rise between the world's largest economies.

"Nothing good is happening in Brazil, South Africa and India, where cases continue to rise very rapidly," says Ian Shepherdson, chief economist at Pantheon Macroeconomics. "The rate of increase in new [U.S.] cases is rapid, but it seems to have peaked in recent days. The numbers are volatile, though, and we need to see a few more days' data before we can be sure." 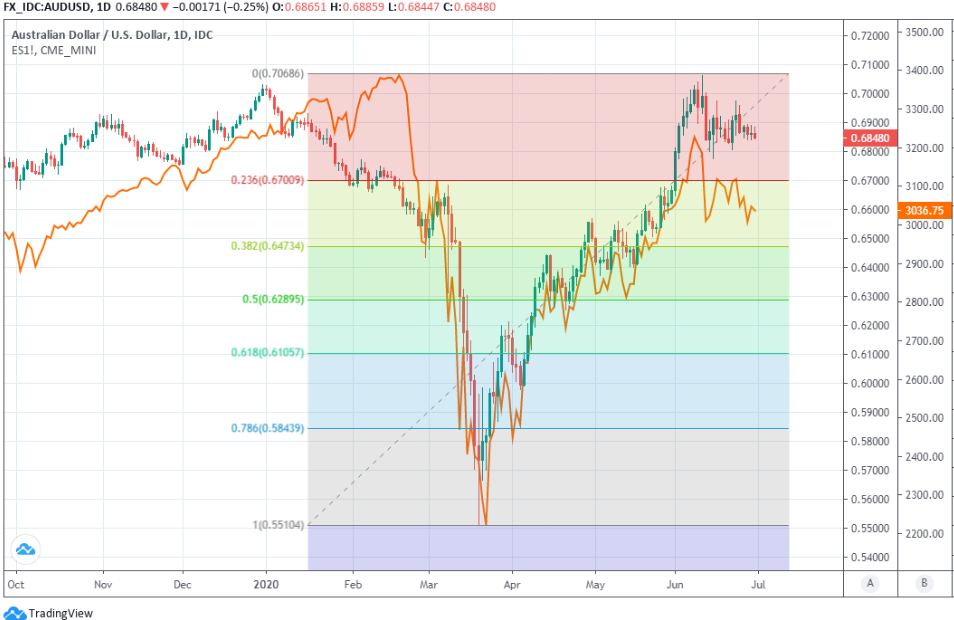 Above: AUD/USD at daily intervals with S&P 500 futures (orange line) and Fibonacci retracements of 2020 recovery.