- But more downside seen ahead as virus impact crystalises.

The Australian Dollar underperformed Tuesday as it followed the Chinese Yuan lower on concerns over the possible economic impact of coronavirus, helping to sustain a steady uptrend in the Pound-to-Australian Dollar rate.

Australia's Dollar ceded ground to most rivals Tuesday, with only the New Zealand Dollar, Swedish Krona and Norwegian Krone being the exceptions, as China's Yuan fell back through the landmark 7.0 level against the U.S. Dollar. This has kept the Pound-to-Australian Dollar rate on an upward path despite the British currency itself being weaker against many of its major rivals including the U.S. Dollar, Euro, Yen and Swiss Franc. 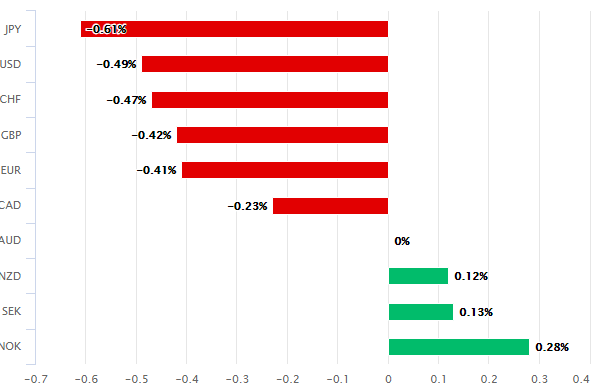 The Aussie has a strong, positive correlation with the Yuan because of the significant commodity trade between the two countries so it was immediately impacted when the USD/CNH rate rose above the psychologically important 7.0 level overnight. China's Yuan fell after Apple told investors it will not meet earlier guidance because of Coronavirus-related disruptions to its business in China and South Korea declared an economic emergency.

"Work is starting to resume around the country, but we are experiencing a slower return to normal conditions than we had anticipated. As a result, we do not expect to meet the revenue guidance we provided for the March quarter due to two main factors. The first is that worldwide iPhone supply will be temporarily constrained...The second is that demand for our products within China has been affected," - Apple Inc.

"Fragile industrial commodities and the China travel ban threaten each of Australia’s top 5 exports (coal, iron ore, LNG, education, tourism), pointing to a collapse in the trade surplus starting in the Jan data," warns Tim Ridell, a strategist at Westpac. "AUD, as a proxy for global risk sentiment and also for China’s growth outlook, will continue to be buffeted by COVID-19 concerns. This means two-way price action, but we prefer to sell into any rallies towards 0.68." 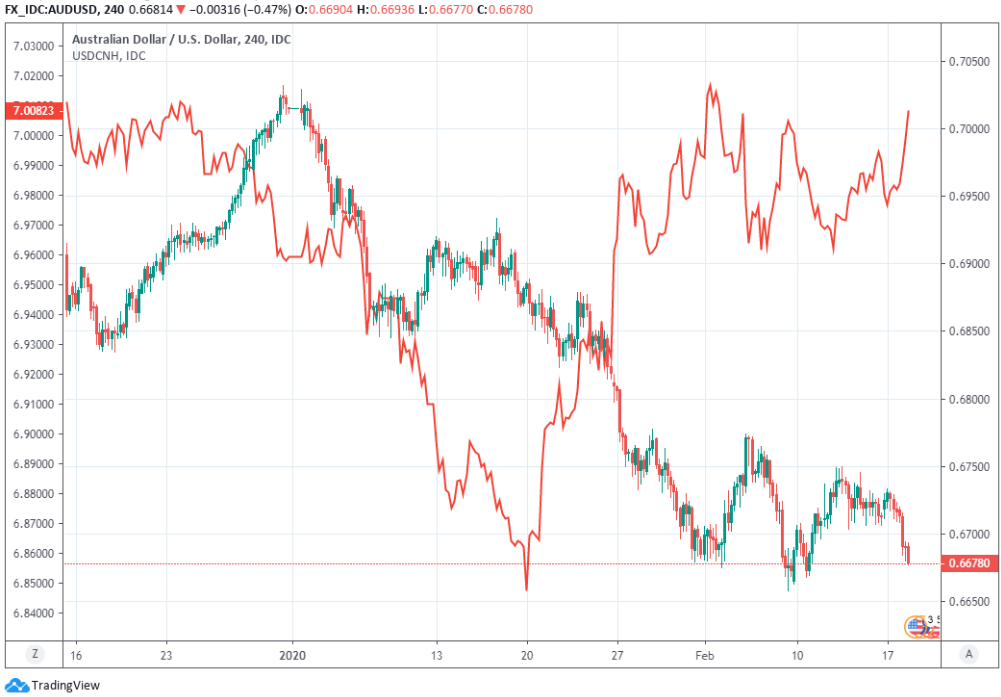 Tuesday's mood became even more downbeat, exacerbating the Aussie's losses, when South Korean President Moon Jae-in said his country faces an economic emergency in addition to a deadly threat from the coronavirus that's brought much of China to a standstill this year. He called for "preemptive and extraordinary measures for both public safety and people's livelihoods," when delivering opening remarks to the 7th Cabinet Meeting.

"I ask you to work out preemptive and extraordinary measures for both public safety and people’s livelihoods...While doing its utmost to control and prevent an epidemic, the Government should deal sternly with what is transpiring with a sense of urgency that we are in an emergency economic situation caused by economic repercussions from the COVID-19 outbreak. Korea is bound to bear the brunt of a slump in the Chinese economy," - President Moon Jae-in.

Many economies including that of Japan, the world's third largest, already had a torrid time in the final quarter last year. Japan's economy contracted by an annualised -6.3% in the final quarter as households protested a sales tax increase by cutting back on their consumption, so another contraction in the first quarter of 2020 would leave the world's third largest economy and Asia's second largest mired in technical recession. 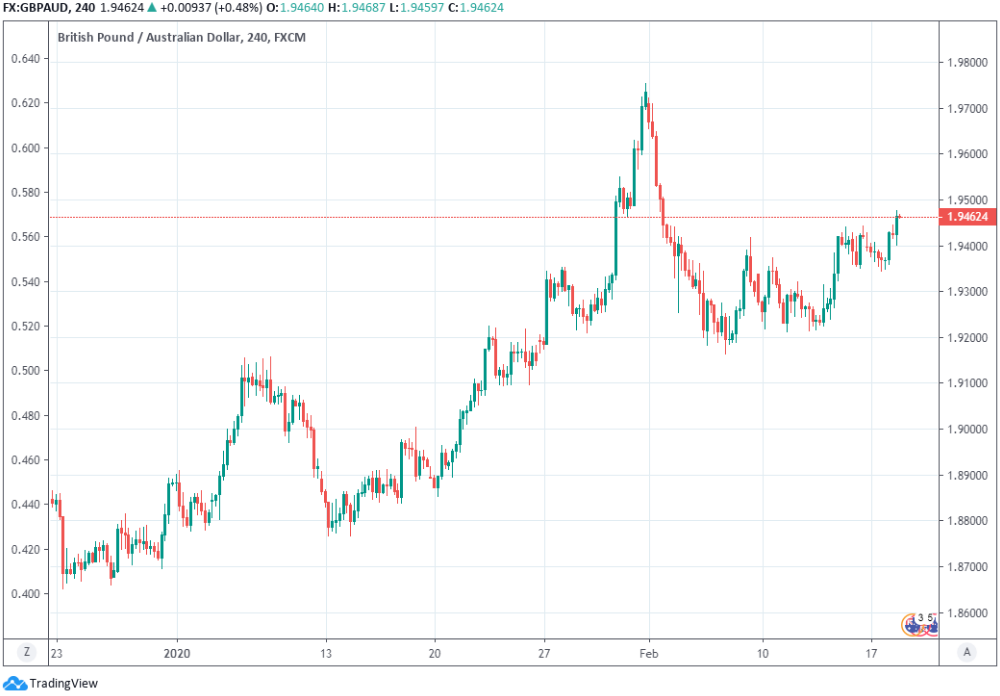 Global markets have so-far erred on the side of optimism about the possible economic impact of the virus that's infected more than 70,000 people in China and elsewhere within less than a month of it being declared an issue by Chinese authorities. But efforts to fight the virus have gotten entire cities of many millions of people put into 'lock-down' with citizens unable to leave home, which has seen consumers prevented from spending and workers idled.

"The wave of bad news has countered the fact that the pace of new COVID-19 cases continues to slow. The global backdrop leaves AUD vulnerable once again and is the under-performing G10 currency so far today. AUD has also been undermined by the minutes released from the RBA meeting that took place on 4th February," says Derek Halpenny, head of research, global markets EMEA and international securities at MUFG.

Containment measures have brought China's manufacturing powerhouse of an economy to a standstill which is now having a significant impact on the supply chains of multinational companies the world over. Supply chains for consumer electronics manufacturers are located mainly in Asia, which is the region most effected by the virus, while around 30% of the global automotive supply chain is also estimated to be based in China.

With Europe and U.S.-based firms from both industries reliant on a supply of parts coming from Asia it can only be a matter of time before output and sales are impacted in both areas, and even though official numbers suggest the infection is now spreading a much slower pace than that observed even just a week ago, it still appears to be far from under control and so the economically damaging containment measures might remain in place for a while.

"We expect to see more negative impacts on businesses from the coronavirus in the coming months.  Further undermining AUD/USD was the liquidity withdrawal by `the PBoC.  This move disappointed the market participants as they expected more not less injections given the risks facing the Chinese economy," warns Kim Mundy, a strategist at Commonwealth Bank of Australia. 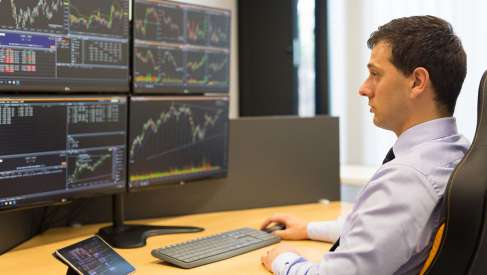