- But Thursday's jobs data and U.S.-China talks are a risk.

The Australian Dollar drew support on Wednesday from a Reserve Bank of New Zealand (RBNZ) that surprised the market by leaving its interest rate unchanged for November but domestic as well as international factors could easily become a burden for the Aussie in the days ahead.

New Zealand's central bank caught markets offguard Wednesday when it left the cash rate at 1%, prompting a sharp repricing to the upside in Kiwi exchange rates and leading investors to look one more time at their assumptions for the Reserve Bank of Australia (RBA).

Markets had already priced-out the prospect of a fourth RBA rate cut for 2019 and have for weeks now been eyeing the February 04 decision for the next move. This would take the cash rate to a new record low of 0.5%. 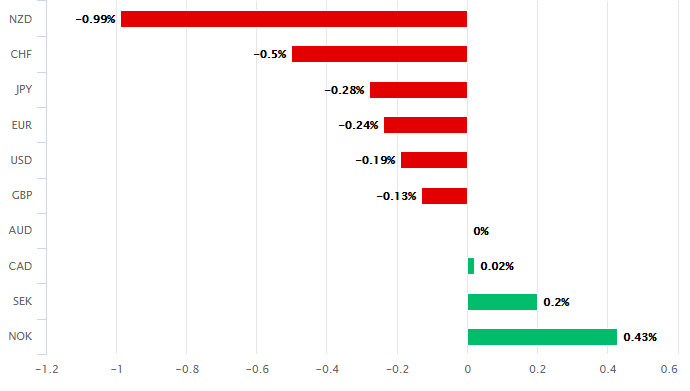 "AUD/USD briefly followed NZD higher to above 0.6855 after the RBNZ unexpectedly left interest rates on hold.  Australian Q3 2019 wage prices rose 0.5%/qtr (2.2%/yr), as expected.  Subdued wage price growth reiterates that the RBA is likely to leave interest rates at low levels for a long time.  The main factor constraining wages growth is excess slack in the labour market.  The unemployment rate, currently at 5.2%, is still well above 4½%, the RBA’s estimate of full employment," says Kim Mundy, a strategist at Commonwealth Bank of Australia (CBA).

The RBNZ decision came hard on the heels of the third quarter wage price index reading from the Australian Bureau of Statistics, which showed pay pressures remained subdued during the recent quarter.

Wages grew at an unchanged annualised pace of 2.2% during the period, below the 3% level the RBA has estimated it needs to see in order for inflation to sustainably lift into the 2%-to-3% target band.

RBA policymakers downgraded their forecasts for wage growth in the coming years last week and now anticipate that pay growth will pick up just 0.1%, to 2.3%, in the years to the end of 2021. This is after the bank cut Aussie interest rates three times in 2019 in the hope of meeting its inflation target by stimulating the economy with lower borrowing costs. The bank's efforts to date have weighed heavily on the Australian Dollar. 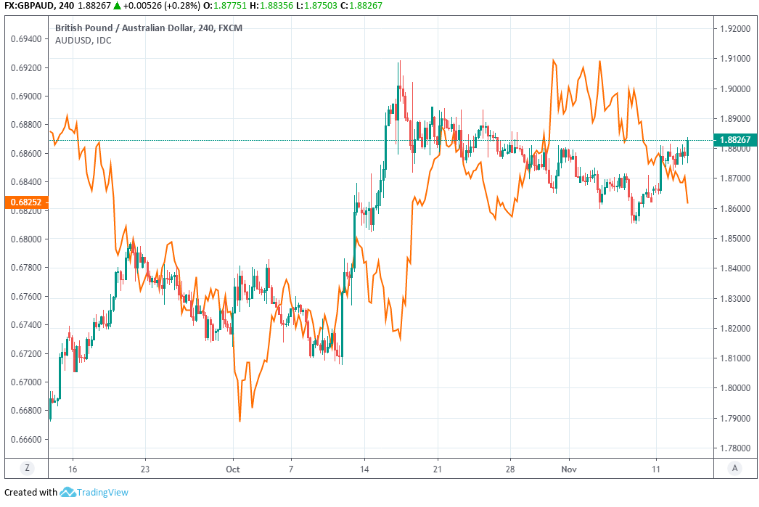 "AUD was initially higher in sympathy but came lower as the cross was likely sold. The strategy remains the same for AUD, looking to sell rallies towards 0.6930/50," says a morning note from the J.P. Morgan FX sales desk.

Wednesday's RBNZ decision and wage data came just hours before jobs figures for the first quarter are due to be released, which will be scrutinised closely by traders as well as the Australian Dollar. The RBA has made clear it wants to foster 'full employment' with its interest rate policy, although the Aussie jobless rate has risen this year and employment growth slowed. Markets are looking for 16.2 k new jobs to have been created in the recent quarter and for the unemployment rate to have remained at 5.2%.

If the jobs data disappoints in the early hours of the Thursday session it could undermine the Australian Dollar's nascent resilience because of the extent to which investors have pared back in recent weeks, their bets on further RBA rate cuts up ahead. Pricing in the overnight-index-swap market implied Wednesday, a February 04 cash rate of 0.627%, which is above the 0.5% that would prevail in the wake of another cut.

"Donald Trump's recent speech has been largely disappointing. The US government gives the impression of not being seriously interested in a partial deal with China. Thus, safe-haven currencies remain fairly attractive. The trade conflict remains a mystery for the markets as the respective strategies of both governments are hardly transparent. Hence, this leads to an ubiquitous uncertainty, as a re-escalation could be as imminent as an agreement," says Marc-Andre Fongern, a strategist at MAF Global Forex. 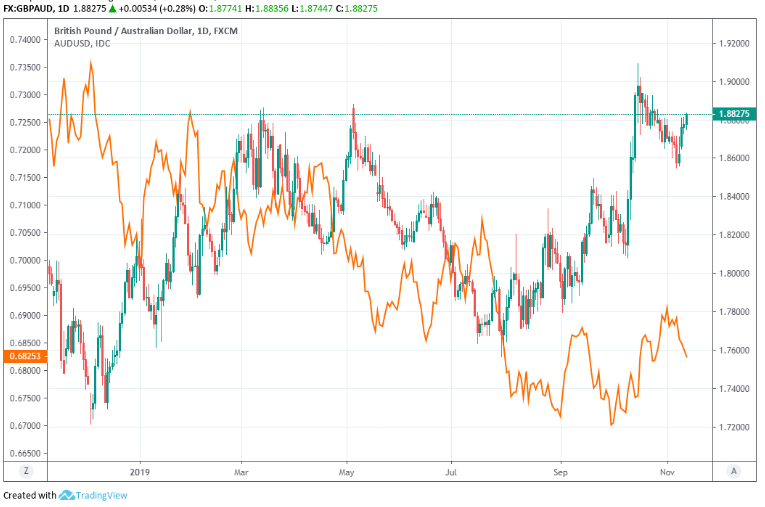 Central banks were back in focus for the Aussie Wednesday but the U.S.-China trade war remains a background factor that could still further blight the antipodean currency, especially after an eagerly-awaited speech delivered by President Donald Trump on Tuesday left the market disappointed.

There was speculation Trump would announce a further delay of a decision on European car tariffs, as well as provide an update on the China talks, but he mostly set out his stall for re-election in 2020 instead. However, he actually tempered the market's optimism that a 'phase one deal' to end the trade war could soon be reached when he repeated in New York Tuesday that he won't strike any agreement unless it's the right one.

He also criticised European tariff policy and said he's working on a piece of legislation called the "Reciprocal Trade Act", omitting any tariff delay. Any signs that talks might not, after all, end the trade war would likely be met by Australian Dollar weakness. However, and in the absence of a breakdown, the Aussie is being tipped by some to remain supported in the weeks ahead.

"AUD should continue to be supported (especially against JPY) by improved prospects for a US-China trade deal and the associated risk-on market sentiment. The Australian housing market continues on a recovery trajectory, which creates a positive household wealth effect and points to a recovery in consumption and the broader economy ahead. The RBA is also signalling that it is likely staying on hold in the near term to watch the effects of past policy easing filter through, creating upside risks for AUD as markets are still pricing in ~20% chance of a rate cut next month," says Hans Redeker, head of FX strategy at Morgan Stanley.