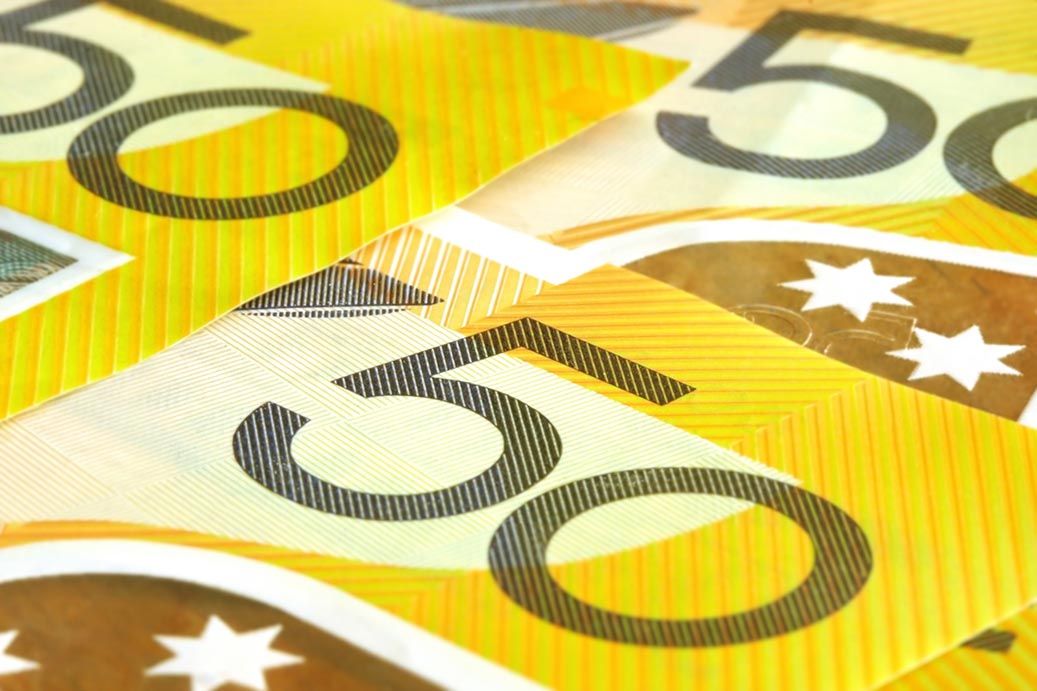 - And Brexit tailwind turns into headwind for currencies.

The Australian Dollar was left reeling Thursday by a resurgent U.S. Dollar, which was boosted by a safe-have-seeking push into the bond market, and the antipodean currency is said to need further progress in the U.S.-China trade talks as well as in the Brexit process in order to recover its poise.

U.S. core capital goods orders for September, an important component of the business investment numbers that are themselves constituents of GDP, went down like a cup of cold sick with the market when they were released during the early noon hours of the European session. They showed equipment spending, particularly on aircraft and automotive goods, in freefall last month.

The figures prompted an immediate fall in U.S. government bond yields, which the risk-sensitive Aussie duly followed lower, even though the dire state of the numbers was to some extent caused by one-off factors such as a strike at GM and internal problems at Boeing. Nonetheless concerns about the odds of a steeper downturn in the U.S. economy, which would be bad for the entire global economy, were rising again on Thursday.

"The AUDUSD rally looks correlated with the recent rise in bond yields and to a degree with the general comeback in risk appetite, though to really set the upside loose, we’ll need to see further catalysts specifically supportive of AUD," says John Hardy, chief FX strategist at Saxo Bank. "Technically, the pair has pulled to an important flat-line resistance level just ahead of 0.6900 (the previous pivot high...On the downside, If the rally continues to stumble here tactically, downside interest could pick up further on weak risk sentiment and a move below the 0.6750 area 61.8% Fibo retracement of the recent rally wave." 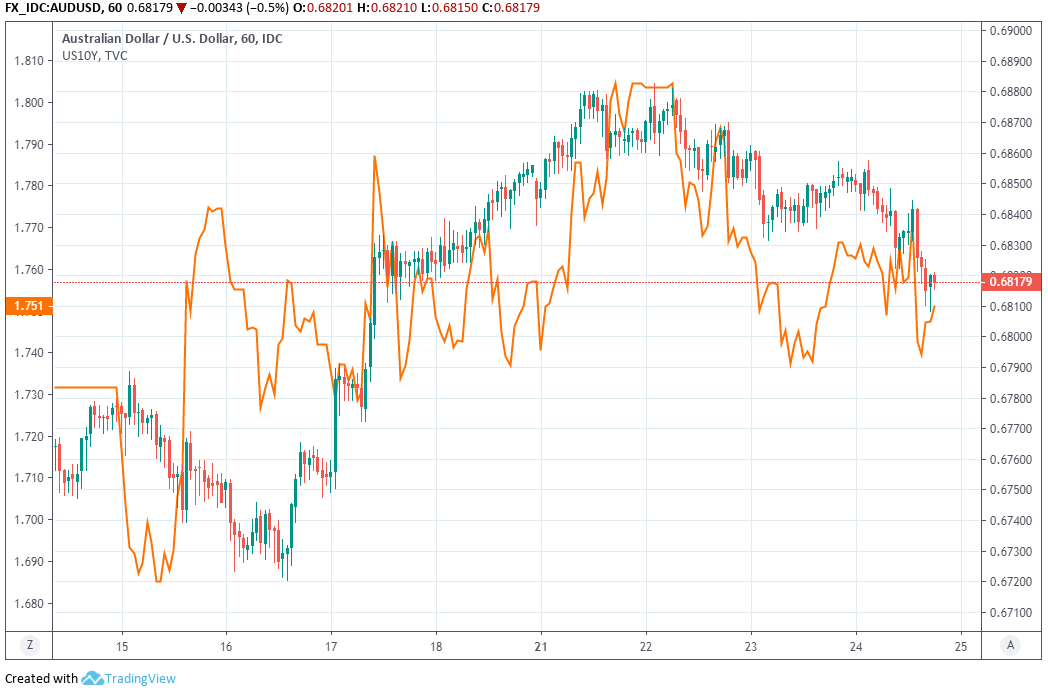 Thursday's figures came ahead of a speech by Vice President Mike Pence that is expected to cover human rights in China, although markets are mindful that it could rankle with Chinese leaders in Beijing.

They also came amid speculation of a Senate vote on the Hong Kong Human Rights and Democracy Act, a Congress-led response to China's actions in the city, which seeks to impose sanctions on those undermining a 50-year pledge of autonomy for the province made in 1997.

In short, Washington politics might cause waves in Beijing before the weekend with possible implications for the "phase one" deal that President Donald Trump claimed to have struck on October 11, but which might not be signed or in any way formalised until around the middle of November. That loose agreement has already averted one U.S. tariff increase and was credited with igniting this month's Aussie Dollar rally. But ruffled Chinese feathers this week might bring the trade party to an early end.

"The real catalyst for rising US-China risk is the Senate vote of the Hong Kong Bill, which is expected to pass. China has already said it will retaliate once the bill is passed. This vote, as of yet still unscheduled, has already passed the house," says Peter Hahn, a macro salesperson at UBS. "In the past, the US and China have made the effort to isolate side issues from the broader trade negotiation (e.g., Huawei). Now, Hong Kong is clearly a larger issue than Huawei, but until proven otherwise I am inclined to assume that they will again do their best to compartmentalize separate issues."

The U.S.-China accord struck on the 11th was the initial catalyst for the Australian Dollar rally that's endured for almost a fortnight now but it wasn't the only drive, because the global mood music was also improved by perceptions of rare progress in the Brexit process. Prime Minister Boris Johnson claims to have reached a new deal with the EU and also reckons he can get it through parliament, but the tailwind created by the prospect of some form of certainty in the UK is now turning to a headwind.

The global environment is turning sour for the commodity-backed Australian Dollar just days before third-quarter inflation data hits the market and local analysts are suggesting the looming release of the figures could serve to keep a lid on the antipodean currency up ahead even if the mood over in the U.S. and elsewhere improves. Aussie inflation has been trapped below the Reserve Bank of Australia (RBA) target for years, leading the bank to cut its interest rate three times already this year.

"Westpac looks for just 0.3%qtr on the core measures," says Sean Callow, a strategist at Westpac. "This would ensure that rates markets maintain a reasonable risk of another RBA easing before year-end, capping A$ rallies. Moreover, spot iron ore prices are at 7 week lows around $85/tonne and judging by the rise in inventories shown in the chart, supply could drive further decline near term. Overall, a decent risk environment should support AUD/USD on dips below 0.6800 but CPI should cap rallies."

The RBA has cut Australian rates in an effort to lift domestic growth and inflation, although markets are betting it will have to keep cutting for a while yet before the outlook improves. However, it's the ebbing and flowing extent to which investors are wagering on more cuts that matters most to the Aussie, and rate expectations are sure to be impacted by next week's inflation figures.

Pricing in the overnight-index-swap market implied on Thursday, a November 05 cash rate of 0.69% and a December 03 rate of 0.61%, with both being below the current 0.75% but up slightly from levels that prevailed early last week. If the October 30 inflation data disappoints the market then the aforementioned rates could decline again and potentially take the Aussie lower with them.

"The receding risk of a hard Brexit should also be supportive. But once again 0.6900 did not give way. Spec short A$ positions (CME) are proving persistent, which may be fair given what is shaping up as a soft CPI," Callow says. "[USD] could reclaim some ground with an Oct Fed cut priced and ISM poised to bounce but potential for a more sustained turn [lower] is rising if Brexit and trade risks keeps falling."