- Pound to be moved by Brexit news; Aussie by Chinese data

The GBP/AUD exchange rate is trading at around 1.7934 at the start of the new week after falling -0.65% during the week before, but the pair is still seen to be trading within a rising channel, which is likely to extend.

The 4 hour chart - used to determine the short-term outlook, which includes the coming week or next 5 days - shows the pair having fallen to support near a major trendline. It is likely to make a recovery soon and subject to confirmation rise back up inside its ascending channel. 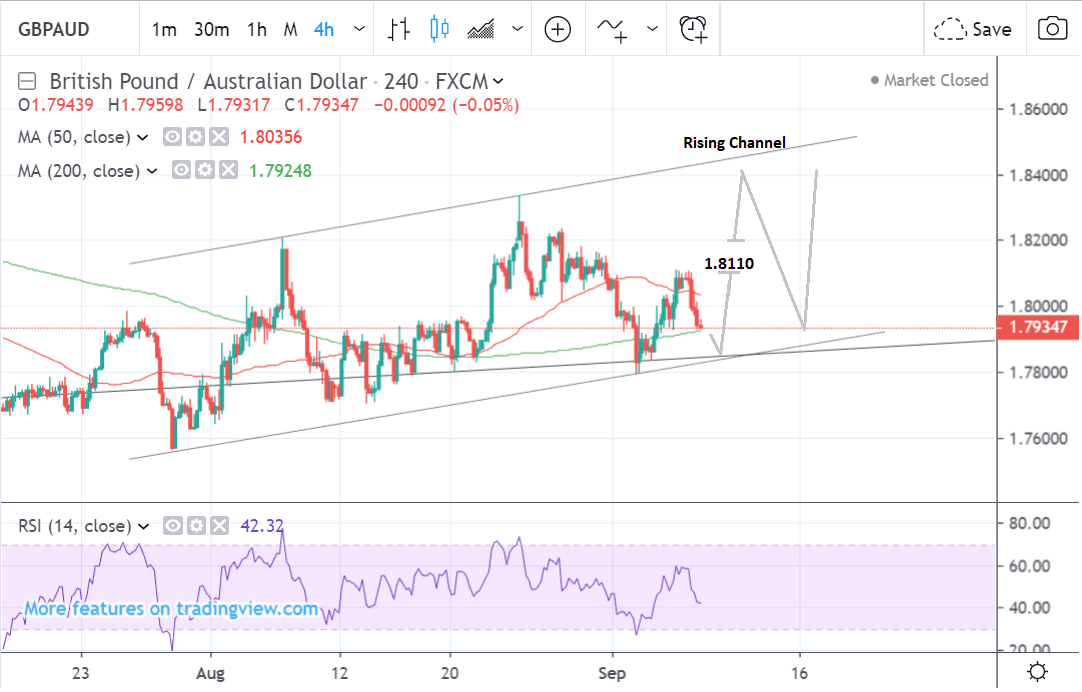 The pair will probably find support at around 1.7900 and then rise up to an initial target at 1.8110 and the prior highs. At that level it is likely to encounter resistance and retract, and for more confirmation we would ideally like to see a clear break above the 1.8200 level.

Such a break higher would see the pair rise up to the top of the channel at about 1.8400. After that, it could fall back down to 1.8000 again, and so on - oscillating up and down within the channel as it rises. 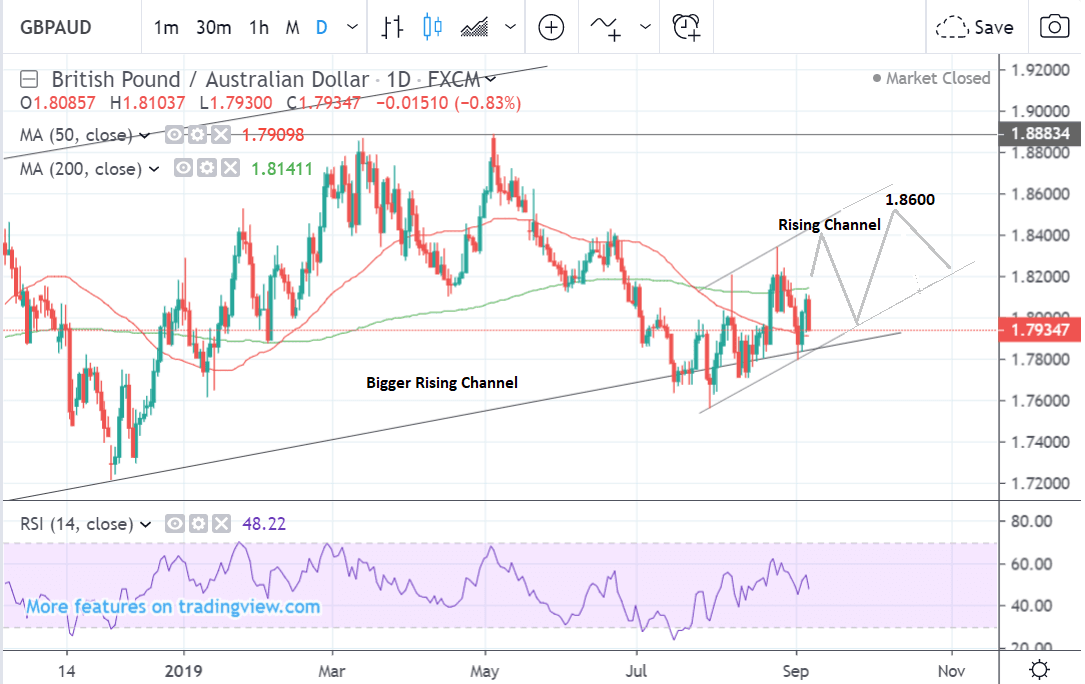 The pair will probably oscillate within the smaller channel and reach a potential upside target at around 1.8600 in time.

The weekly chart shows the pair probably rising up to the long-term bullish target, which is at the level of the 2019 highs at 1.8885. 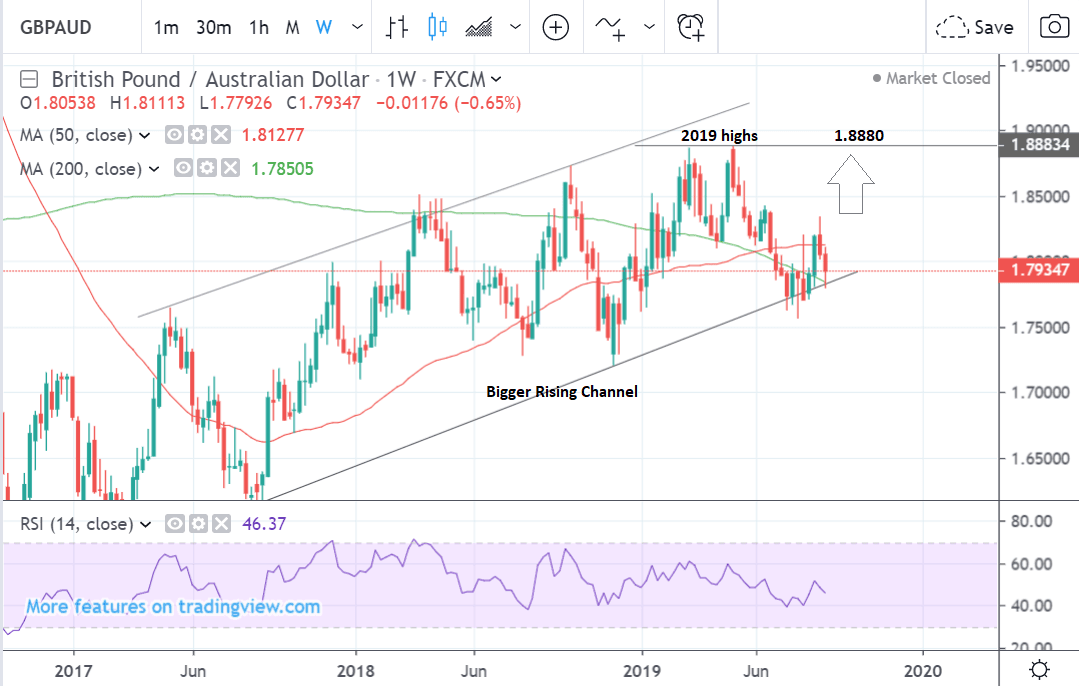 In the absence of any major domestic data releases in the week ahead the main driver of the Australian Dollar is more likely to be Chinese data because of the two countries' close trade links.

Chinese trade data has already been released and shown a -1.0% decline in exports and a -5.6% fall in imports in August.

The result is below the 1.0% expected for exports but higher than the -6.0% forecast for imports.

It compares to a 2.0% gain in exports and -5.6% fall in imports in the previous month of July.

It is a volatile series and monthly swings can be quite large. 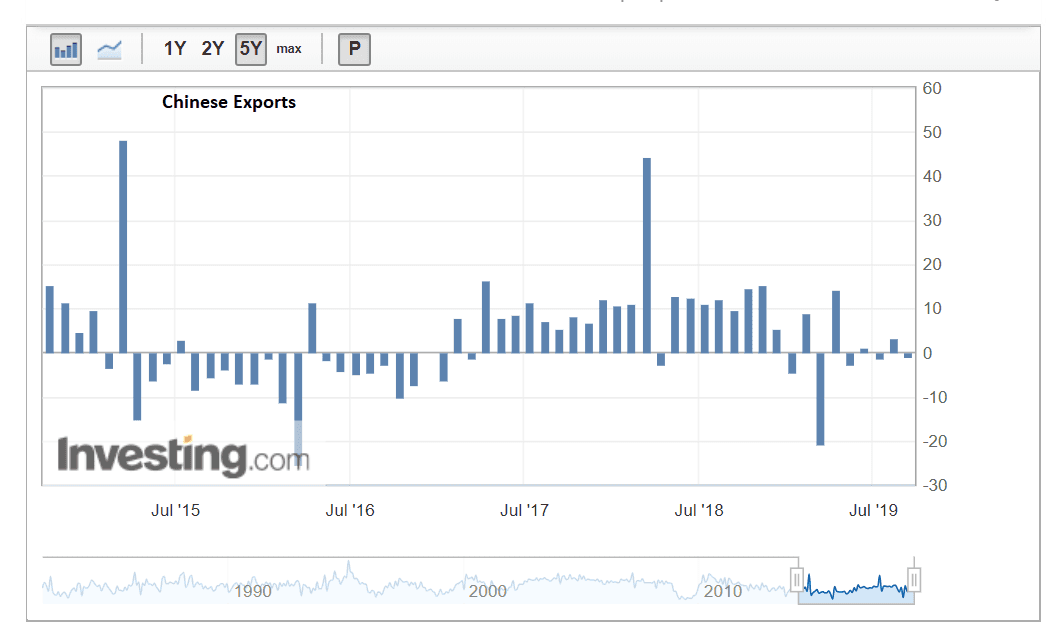 The results are mixed - exports undershot and imports overshot. This could be interpreted as showing trade tensions are affecting exports but domestic demand remains marginally more resilient than expected.

How could this affect the Aussie? Australia exports a lot of commodities to China so the import figure is as important for the Aussie as the export figure, and it is slightly better-than-expected.

This may signal that the Aussie will not weaken as a result of the data or if it does, any weakness will be marginal.

The export part of the Australian economy is currently one of the most successful sectors, suggesting China slow-down is not an issue.

Chinese inflation data for August could also impact on the Aussie when it is released at 2.30 on Tuesday.

This would be lower than the 2.8% yearly rate in July but higher than the 0.4% monthly figure.

Falling inflation is often considered a positive sign for an economy but not in this particular instance where it would be interpreted as a sign of weak demand (from consumers) and therefore weak growth.

Producer price inflation (PPI) also known as factory gate prices are out the same time and may also be important. They are forecast to show -0.9% decline from -0.3% previously.

A lower-than-expected result might be negative for the Aussie.

On the domestic data front, the main release is the NAB Business Confidence barometer at 2.30 on Tuesday. It showed a result of 4 in the previous month which is lower-than-average. 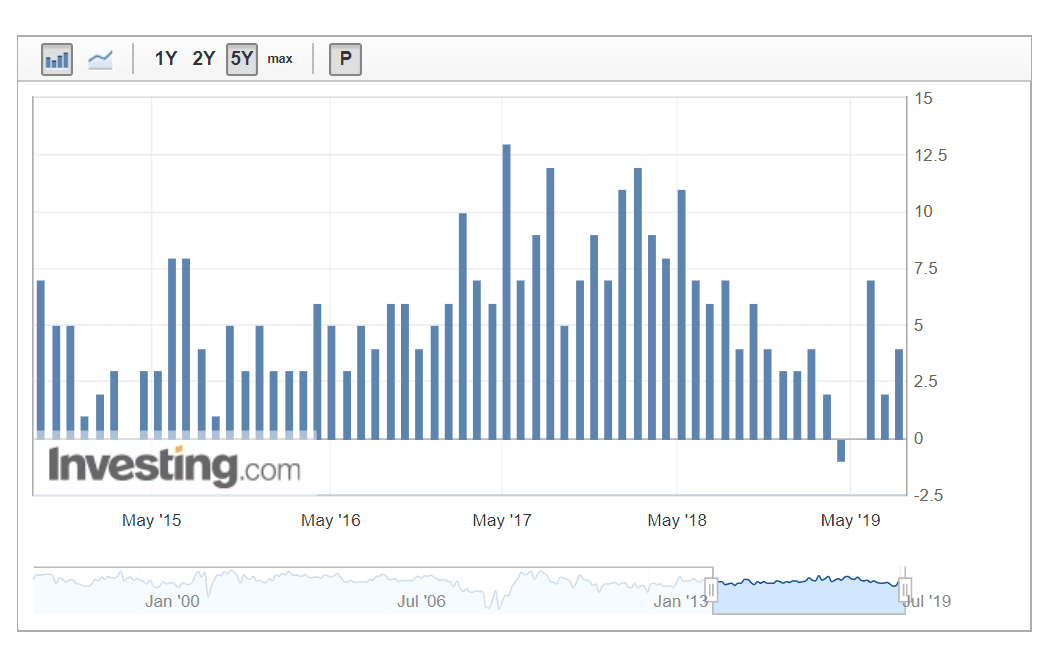