- Also looks for more AUD losses against USD and GBP.

The Australian Dollar is facing a tidal wave of interest rate cuts from the Reserve Bank of Australia (RBA) over the coming months, according to forecasts from three prominent banks, which risk further undermining the Antipodean currency against rivals including the U.S. Dollar and Pound Sterling.

Westpac, one of Australia's four largest lenders, has said this week that it now expects the RBA to cut its interest rate again in July. rather than waiting until August when the next round of economic forecasts are published. It's also looking for a further cut in November.

"We have decided to bring forward the timing of the next RBA rate cut from August to July. We are surprised that we have to do this, given that a pause between cuts might have allowed for a smoother transmission process but cannot deny the explicit signals provided in the Governor’s more recent speech," says Bill Evans, chief economist at Westpac.

The RBA cut its cash rate to a new historic low of 1.25% earlier in June and Governor Philip Lowe said last week it would be "unrealistic" to expect that just one 25 basis reduction would meaningfully change the outlook for the economy. He's also said it's not unrealistic to expect a further cut to the cash rate.

Lowe has previously claimed the RBA's benchmark would follow the path implied for it via pricing in the financial markets and that pricing suggested Tuesday the cash rate would fall to just 0.7% by December 03, the date of the RBA's final 2019 decision, which implies another two rate cuts in 2019. 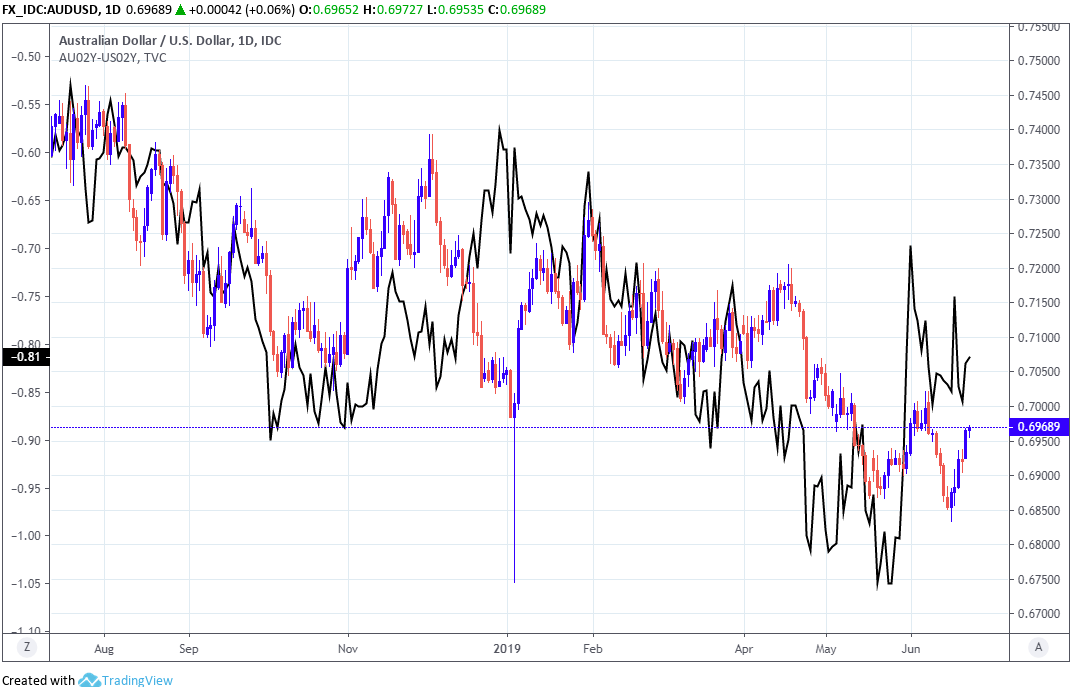 "We remain comfortable with the 0.75% target but recognise that given the current official intense focus on lowering the unemployment rate these downside risks have increased," Evans writes, in a note to Westpac clients. "It is possible that our November target date for the rate cut after July is more flexible than in previous cycles."

This could mean trouble ahead for the Australian Dollar because the number of anticipated RBA cuts is equal to those expected of the Federal Reserve, which means domestic policy decisions could prevent the Aussie currency from continuing to capitalise on a landmark shift in U.S. interest rate policy.

Westpac forecasts the AUD/USD rate will fall to 0.66 by the end of December as a result of those cuts, from 0.6990 Tuesday, and that the Pound-to-Australian-Dollar rate will rise from 1.8303 Tuesday to 1.92 by year-end. 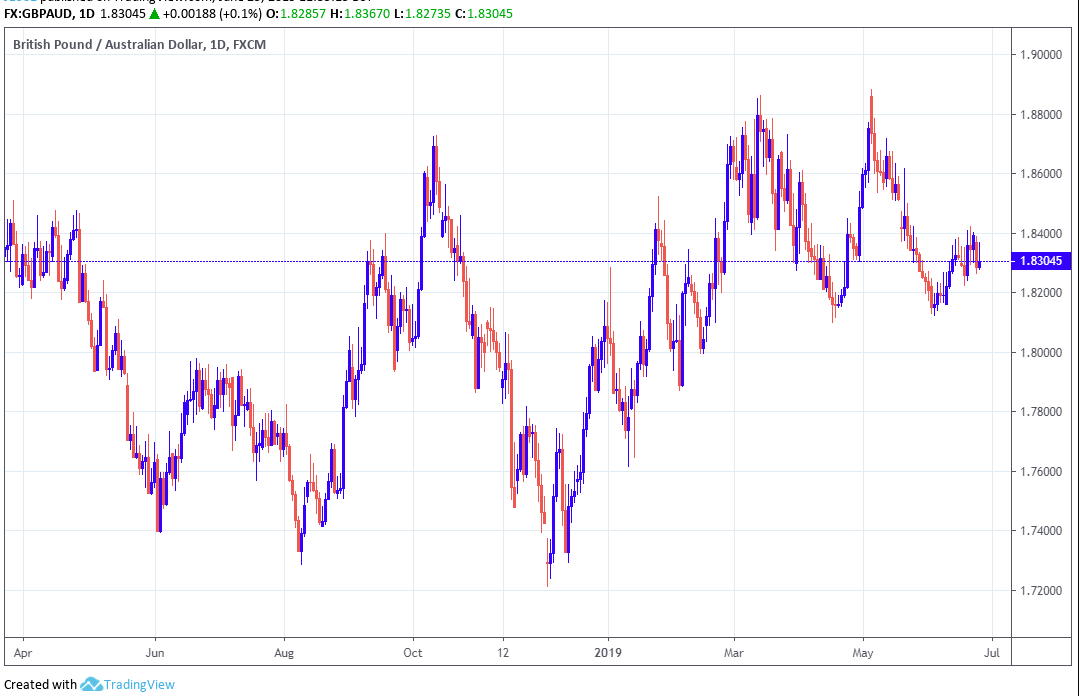 "We think the second half of 2019 will be similar to the first half in that AUD should continue its grinding descent lower vs. USD towards the 0.66 level," says Sally Auld, chief economist for Australia and New Zealand at J.P. Morgan.

Unlike Westpac, J.P Morgan looks for just one more RBA cut this year but another two in 2020 that are expected to take the cash rate down to a rock-bottom level of just 0.5%. Those are significant cuts that leave Aussie rates equal to those prevailing in the UK immediately after the 2008 financial crisis.

Auld says the cuts are necessary because Australian economic growth is running some 1% below the level needed to generate the pickup in inflation that the Reserve Bank is looking for. She reckons they'll keep the Australian Dollar under pressure even if the U.S. Federal Reserve and European Central Bank start cutting their rates this year.

The RBA has cited below-target inflation and economic growth that is too soft to engineer a return of the consumer price index to the 2%-to-3% target as the reasons for its cuts. It's now watching the labour market closely for clues on what it needs to do next.

"The RBA will likely require the unemployment rate to rise close to 5.5% before it cuts rates below 1%. We expect this to happen in Q3, as job losses in construction accelerate. Rising unemployment combined with still-subdued inflation and continued soft growth will likely trigger rate cuts," warns Chidu Narayanan at Standard Chartered. 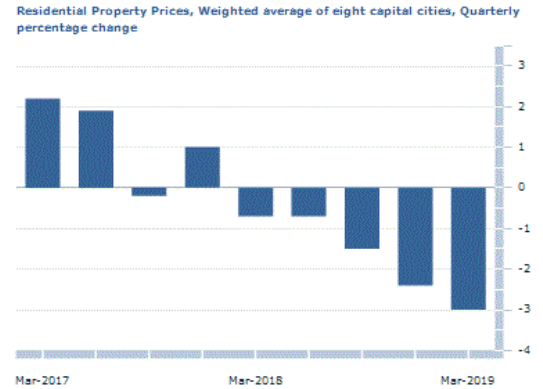 The RBA has said the Australian jobs market is key to the outlook for consumer spending, the economy and its inflation target. It says faster wage growth in the region of 3% above the rate of inflation per year is necessary to get the consumer price index above 2%.

Faster wage growth requires a lower unemployment rate, likely in the region of 4.5% according to the RBA, but the Aussie jobless figure has risen 30 basis points to 5.2% in recent months. Meanwhile, house prices and construction activity have continued to fall, stoking fears over jobs in the sector.

House prices in Australia's eight capital cities have fallen steeply in the last 18 months, leading the RBA and economists to worry about the outlook for construction jobs as well as the possibility that negative 'wealth effects' hurt household confidence and damage the economy by crimping consumer spending.

"With the RBA now lowering its expectation on the non-accelerating inflation rate of unemployment (NAIRU) to 4.5% from c.5% earlier, we believe the required policy action on a rising unemployment rate will be larger," Narayanan warns. "We forecast the policy rate at 0.50% following consecutive rate cuts in November and December."