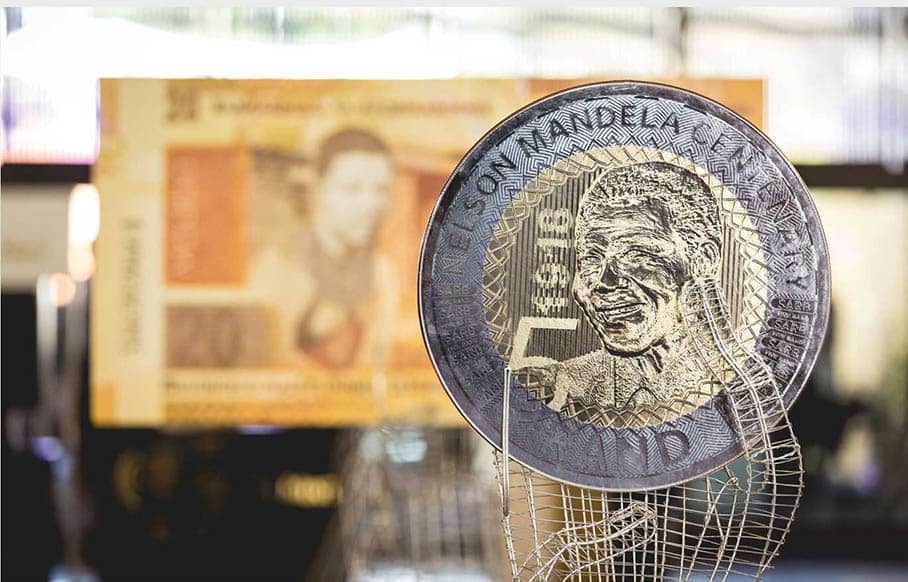 The Rand extended an earlier rally with further sharp gains over many counterparts after the South African Reserve Bank (SARB) announced its largest increase in its cash rate for six years and raised its forecasts to suggest that borrowing costs are likely to rise further in the months ahead.

South African policymakers were close to unanimous when voting on Thursday to lift the cash rate by 0.50% to 4.75% in a monetary policy decision that was in line with the expectations of many economists but not quite fully baked into financial market prices.

Four members of the Monetary Policy Committee voted for that increase while one remaining member preferred to lift the benchmark by a lesser 0.25% increment and the statement accompanying the SARB’s decision indicated that both domestic and international factors were prominent considerations. 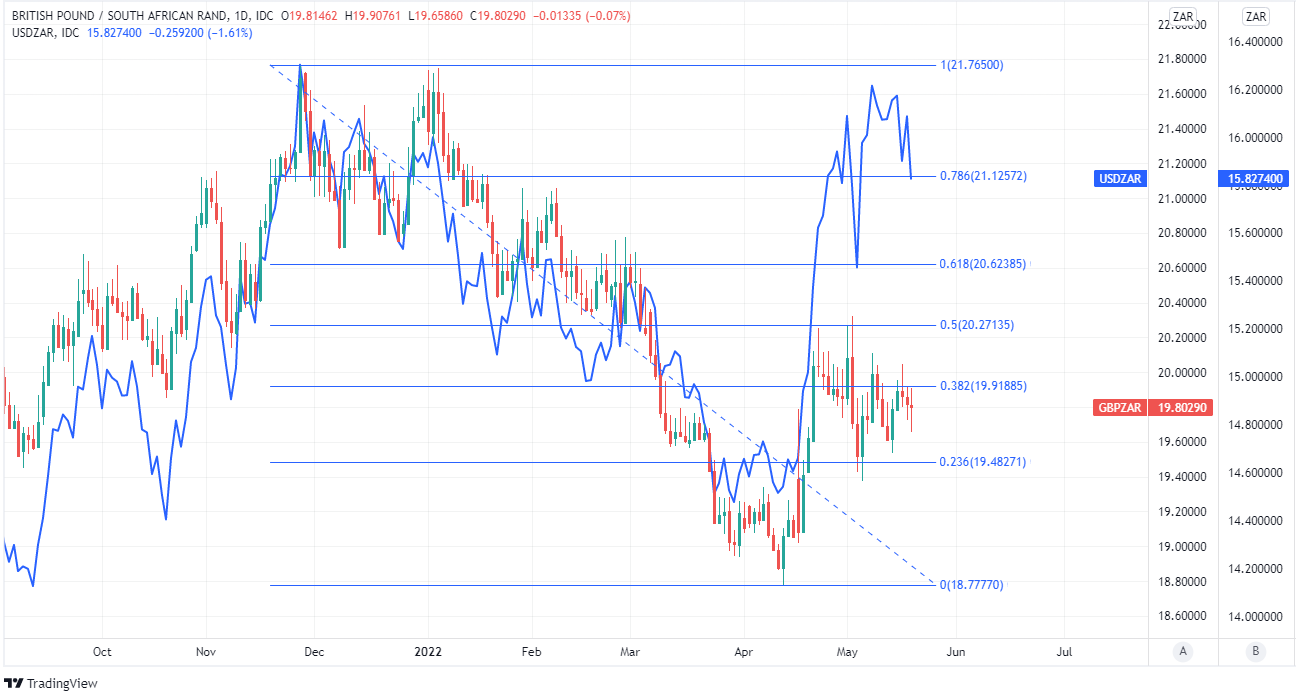 Above: Pound to Rand rate at daily intervals alongside USD/ZAR and with Fibonacci retracements of 2022 fall indicating various areas of technical resistance for the Pound and support for the Rand. Click image for closer inspection.

While concerns about the inflationary risk of sharp currency depreciation were evident in the SARB’s communication, other factors are also expected to lift inflation this year and next too including domestically generated price pressures, according to the bank’s latest forecasts.

South Africa’s core inflation rate is now expected to temporarily surpass the headline rate of inflation in 2022 and 2023, which potentially explains why the bank also lifted its forecast or assumption about the level that its cash rate will need to rise to in order to bring inflation back down to target.

The core inflation rate overlooks changes in energy and food costs so is often thought to be a better measure of domestically generated inflation. 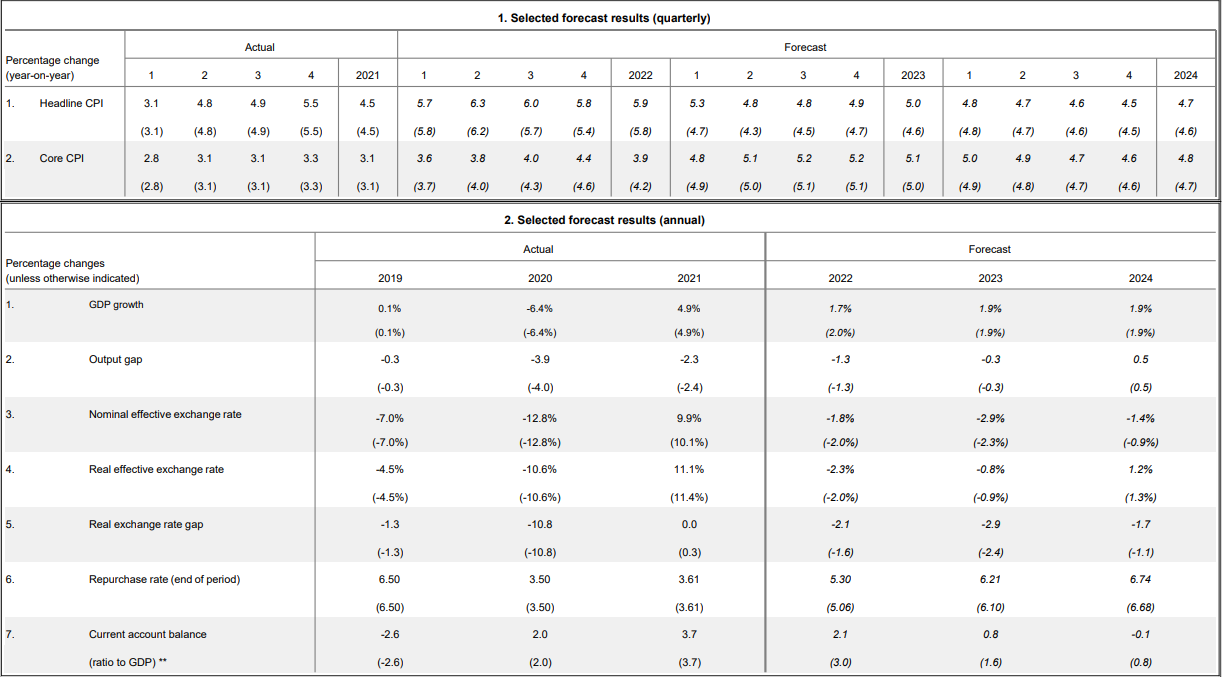 "The March [Producer Price Index] at 11.9% is quite ominous, heightening risks of an accelerating pass-through into both headline and core.," says Cristian Maggio, head of portfolio strategy at TD Securities.

“However, the market remains significantly more hawkishly priced than our expectations for the remainder of 2022 and 2023. This suggests that the FRA curve may have to adjust lower, while the rand loses support vs USD later this year and in 2023,” Maggio also said in a recent note.

The SARB projected on Thursday that both measures of inflation would be likely to remain above the midpoint of the bank’s three-to-six percent target band this year even if it lifts the cash rate by another 50 basis points in 2022 and a further 100 basis points in 2023.

That implies an increase in the cash rate to 6.25% by the end of next year, which is higher than in the last round of projections but at the same time also a lower interest rate than that which prevailed before the coronavirus pandemic.

Financial markets were already banking on a similar, if not a larger, increase in the cash rate over that time although that didn’t stop the Rand from benefiting as the SARB moved further in the direction of the market on Thursday.

South Africa’s Rand rose strongly following the decision, although many analysts have pointed out that it still faces downside risks associated with the recent strengthening of the Dollar and the Chinese Renminbi’s tentative and early stage reversal of a two-year uptrend against the greenback.

“We lift our USDZAR target to 15.50-16.50 from 14.50-15.50 previously. Our previous target range looks too low in an environment where the USD overall remains bid,” Nimrod Mevorach, an EMEA FX trading strategist at Credit Suisse, writing in a Wednesday research note.

“We deliberately refrain from setting the upper-end of our new range much above recent highs (of 16.32) because (1) the latest bottom-to-top rally in USDZAR (~10% since mid-April) is now only slightly short of the magnitude of two other similar episodes that unfolded in the last 12-month period and; (2) USDZAR does not look dislocated relative to the broader EM/FX complex like it did a few weeks ago (Figure 15),” Mevorach also later said.

The full statement and other documents associated with Thursday's decision can be found here.