South Africa's Rand couldn't quite eclipse the developed world commodity currencies on Tuesday or some of its major emerging market counterparts but it was strong enough to keep USD/ZAR within arm's reach of 15.0 with the Pound-to-Rand rate on the back foot also.

This was after the South African Reserve Bank leading indicator rose by 1.7% for August, adding to July's 3.7% increase and suggesting a robust initial rebound from the economy-crushing 'lockdown' seen in the second quarter.

"While positive monthly growth rates since June continue to show that the green shoots of recovery are still underway, and are indeed strengthening, the annual contractions show that a complete recovery has not yet occurred," says Annabel Bishop, chief economist at Investec.

Developed and emerging market currencies advanced on the U.S. Dollar Tuesday as stock markets, commodity and risk assets basked in relief after President Donald Trump's instructed the General Services Administration to begin work associated with a transition to a new administration from January.

The incumbent still contests the election and persists with challenges in multiple states, although that didn't deter investors from celebrations, which may have been bolstered on Tuesday when the incoming Joe Biden announced former Federal Reserve Chair Janet Yellen as his pick for Treasury Secretary.

"Welcome news for foreign-based purchasers of US assets, who will be reassured by a tested and predictable hand," says Greg Anderson, CFA and global head of FX strategy at BMO Capital Markets. "Yellen has an extensive network of friends in the global policy community that makes her uniquely capable of achieving the aims of financial diplomacy. That probably isn't enough for us to change our call for ongoing dollar downdrift in 2021, but Yellen as Treasury Secretary certainly reduces the tail risk of a dramatic dollar decline." 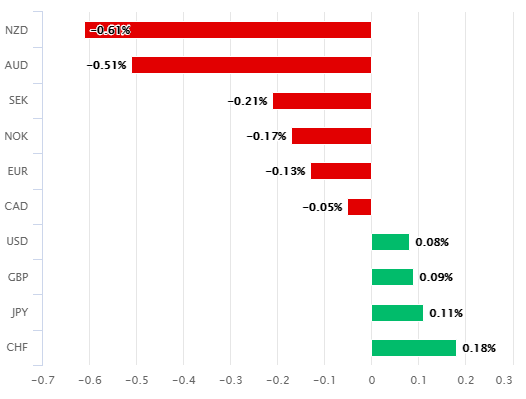 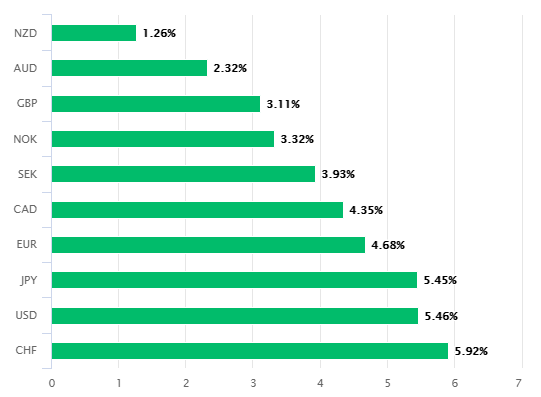 Trump's blessing follows a flurry of announcements from pharmaceutical firms suggesting the first doses of coronavirus vaccines could be delivered in various parts of the globe within weeks if promising candidate products that fared well in clinical trials are approved for emergency use by regulators.

"Many headlines over the weekend focussed on when vaccines could be widely distributed," says Imogen Bachra, a European rates strategist at Natwest Markets. "Attention now turns to how restrictions can be eased. Most lockdown 2.0 rules were in place for November. As the month comes to a close, and Covid trends have arguably improved at a faster pace than expected (in most regions), focus now shifts to how these restrictions will be eased in the coming weeks. This week, French and UK governments have announced that lockdown 2.0 will end as planned, and will be replaced by more moderate (regional) restrictions."

There is something called the Queensbury Rule. You do not continue to beat up somebody who is on their knees. You do not. It is the rule. Civilized people abide by that Rule in business, sports and politics. Ratings Agencies should treat us the same way. During a global crisis!

The Rand has taken on the chin last Friday's double-downgrade to SA's credit rating by Fitch and Moody's, which Finance Minister Tito Mboweni likened to the act of attacking a person who's already on the floor while calling for observance of Queensberry Rules that indirectly govern the sport of boxing. 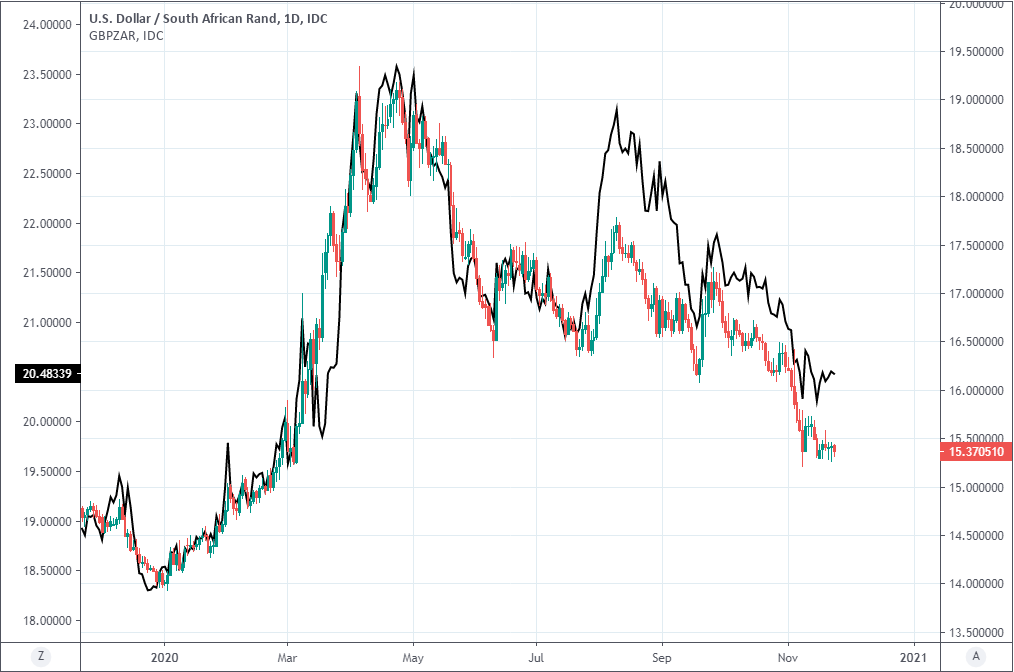 Fitch cited "high and rising government debt, exacerbated by the economic shock triggered by the COVID-19 pandemic," after the market closed on Friday for its decision to cut South Africa's sovereign credit rating further below the investment grade threshold to BB-, from BB, with a negative outlook.

Moody's downgraded SA's foreign-currency and local-currency issuer ratings to Ba2, from Ba1 at the same time, citing among other things a "further expected weakening in South Africa's fiscal strength over the medium term," that reflects "the impact of the pandemic shock, both directly on the debt burden and indirectly by intensifying the country's economic challenges."

The government of South Africa was the most viewed issuer on Moody's website Tuesday, indicating significant investor interest in the outlook for the country's finances. South Africa was stripped of its last remaining investment grade credit rating by Moody's in March, setting it up for an April exclusion from the FTSE World Government Bond Index, which saw some investors forced into selling their government bonds and barred others from buying them.

"While the rand seemingly shrugged off the rating downgrades, currently at R15.26/USD, R18.13/EUR and R20.40/GBP, closer to our extreme up case’s extreme market ebullience, market sentiment is highly fickle," Bishop says. "Incoming evidence continues to support that the South African economy is not in a V shaped recovery, but in a U shape, with a slightly collapsed right arm."

The South African Rand climbed against most of the currencies in the G20 bucket during the opening half of the week and could lead GBP/ZAR to one month lows with a break back beneath the 20.0 handle in the days ahead if the stalling Dollar brings high yielding currencies back into fashion among investors.

Pound to Rand Rate Road Blocked by Resistance Near 20.6248 on Charts

The Pound to Rand exchange rate rose to five month highs during the opening half of the week but lost momentum upon contact with an emerging layer of technical resistance around 20.6248 on the charts, which could continue to obstruct Sterling’s path higher in the days ahead.

The Rand has rebounded from one year lows with the help of South African Reserve Bank (SARB) interest rate policy and a softening of the U.S. Dollar that have helped pull USD/ZAR down from a key resistance level at 17.0807 on the charts while containing a buoyant GBP/ZAR below 20.6226.

The South African Rand outperformed all comparable currencies ahead of the weekend and a barely a day after the South African Reserve Bank (SARB) sought to tamp down domestic inflation expectations and fend off currency depreciation with its largest interest rate rise for two decades.