- After Ramaphosa said Moody's would be pleased with reforms.

Eskom said Wednesday that load-shedding will begin from 0900 and continue until 23:00, which will see blackouts rolling their way across the country, as it seeks to protect the power system from a complete collapse. The statement comes after power generating units failed while others were already offline due to planned maintenance.

An absence of a reliable electricity supply has long burdened South Africa and was seen as partly to blame for the 3.2% contraction in GDP growth during the first quarter, because electricity production is one of many parts included in broader industrial production figures. The load-shedding seen at the beginning of the year was of a a more severe kind known as 'Stage 4", which saw Eskom duck the provision of even larger amounts of power. 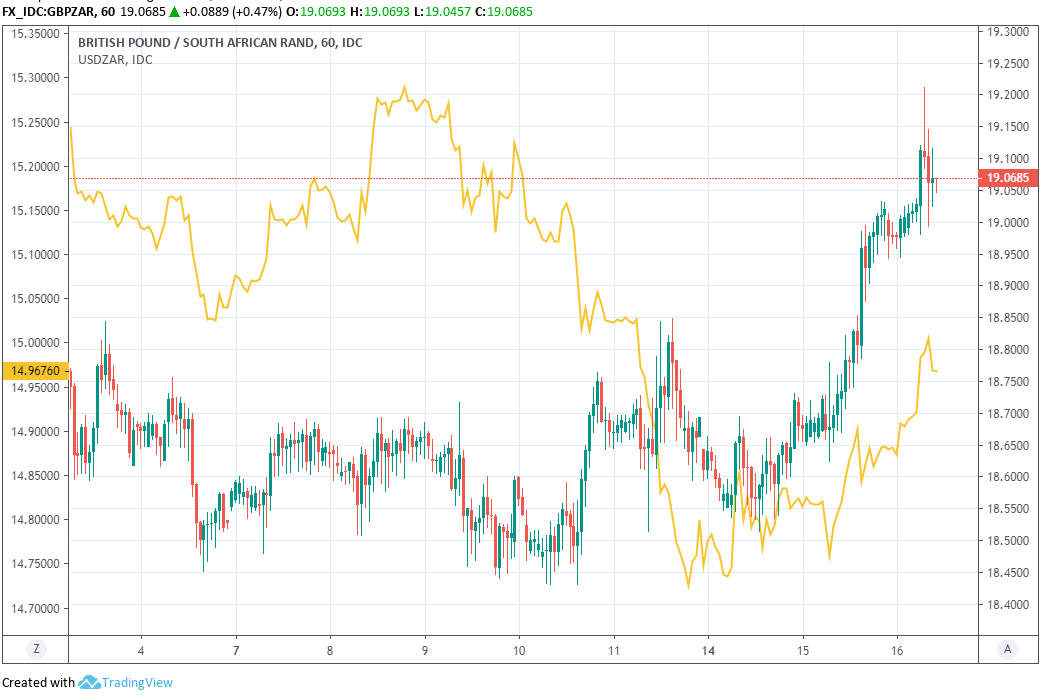 Above: Pound-to-Rand rate shown at hourly intervals, alongside USD/ZAR.

"Moody's won't like this. Risks of a downgrade had been downplayed - some thinking only outlook will be changed. But couple of things strike me as odd with Eskom announcement today: (1) why so close to a big budget revamp and (2) was it related to SCOPA investigation of employees?," asks Viraj Patel, a strategist at Arkera.

*S. AFRICA'S ESKOM LIKELY TO IMPLEMENT ROLLING BLACKOUTS TODAY
Sting in the tail for the rand. Investors were gearing up to a possible positive few weeks for South Africa reforms (integrated resources plan, FinMin medium-term budget) Load-shedding out of nowhere a dent to $ZAR pic.twitter.com/Wqa410dCv0

Fresh load-shedding comes just hours ahead of President Cyril Ramaphosa's final cabinet meeting before the October budget, which will see government ministers assess the Integrated Resource Plan for meeting electricity demand over the long term, as well as a restructuring plan for Eskom. The cabinet will need to support the proposals in order to avoid further delays in addressing the country's energy woes.

Eskom does not have enough power generating capacity to reliably keep the lights on across South Africa and its revenues are no longer enough to pay the interest on its ever increasing pile of debt, much of which the taxpayer is on the hook for. The company has Rs 450 bn of debt and the government has guaranteed more than Rs 350 bn of it. A credible plan addressing the debt, the broken finances and failing equipment is key to whether South Africa retains its last remaining 'investment grade' credit rating. 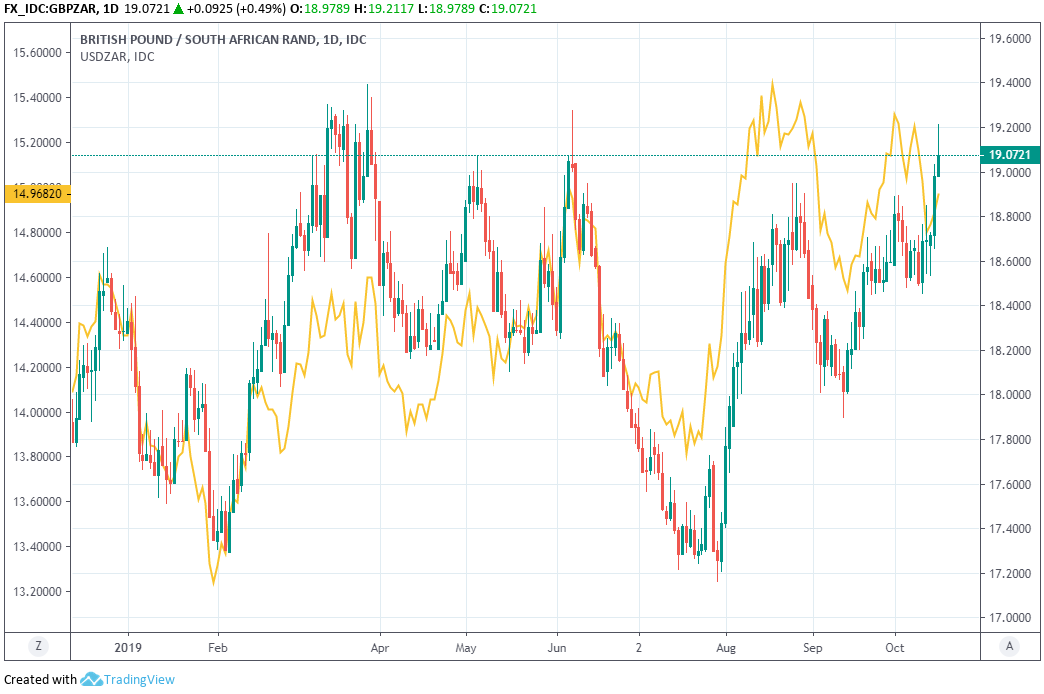 Above: Pound-to-Rand rate shown at daily intervals, alongside USD/ZAR.

It feels like Groundhog Day covering $ZAR. Wrote this back in July for @business and seems to still be relevant. Stage 2 load-shedding announcement today isn’t as bad as stage 4 used in Q1 but doesn’t bode well for investor sentiment, growth and Moody’s rating on 01/11. pic.twitter.com/soF6E0li3T

President Ramaphosa told the Financial Times Africa Summit Monday that Moody's is likely to be pleased with the plan that's set to be signed off by his cabinet Wednesday. He and others in government have long floated the idea of breaking Eskom up into three separate divisions and bringing in private investors, although it's unclear what would happen to the debt in that scenario.

Moody's has been scrutinising the so-far hapless efforts at turning Eskom around and will announce its latest rating decision on November 01, after the budget is unveiled at the end of this month.

Markets are looking for it to change the outlook on the rating from stable to negative although an outright downgrade would see investors, particularly those who benchmark to the Citi World Government Bond index, automatically forced into selling their government bonds. That would likely mean large outflows of foreign capital from South Africa.