The Pound continued a week long decline against the Yen Tuesday and is tipped for further losses over the coming days as a toxic cocktail of coronavirus and Brexit risks take their toll and the safe-haven Japanese unit shines.

Sterling appeared to stabilise against many rivals Tuesday but not the Japanese Yen, which extended a five day long advance that’s already taken the Pound-to-Yen rate back to its lowest since October. The Yen was still benefiting Tuesday from safe-haven demand and the ongoing decline in major economy bond yields, which reduces the attractiveness of riskier currencies.

This is after a bruising start to the week in which investors responded to a sudden increase in the number coronavirus cases outside China including in the UK, which came at a point when appetite for Sterling had been tentative given the start of the Brexit negotiations. Brexit talks enter their second day Tuesday although the bulk of attention in the UK will be on the government as it sets out its updated action plan detailing the response expected of the health care system and the public to COVID-19.

Health Minister Matt Hancock said Tuesday he won't rule out the idea of "no go zones" in the UK if the coronavirus infection spreads.

The Pound could suffer in the event of a coronavirus outbreak but especially if there's one near London that eads investors to question whether the City can continue to operate smoothly, because the British currency depends for part of its value on steady inflows of overseas capital, which might dry up in the event of a crisis. And with the Japanese Yen having rediscovered its safe-haven qualities of late, the Pound-to-Yen rate could be where the bulk of the downside is seen in the event of a Sterling sell-off.

“We are recommending a short GBP/JPY trade idea to reflect building downside risks for the global economy from COVID-19 disruption and the return of No Deal Brexit risks,” says Lee Hardman, a currency analyst at MUFG. 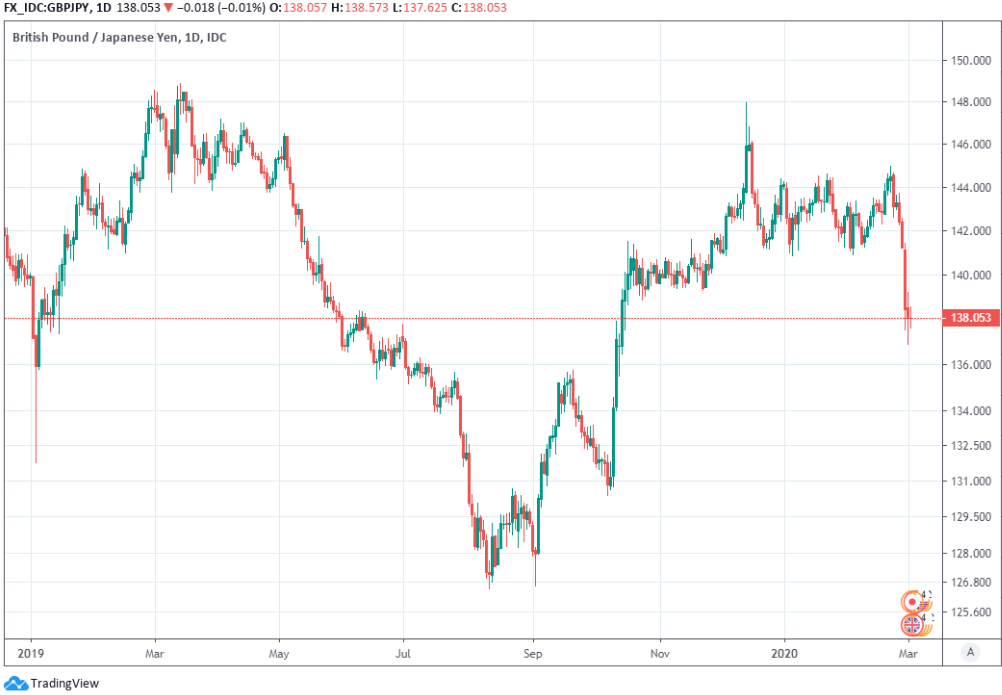 “The yen could even strengthen more sharply if COVID-19 fears intensify further given it is not yet overvalued according to both our short and long-term model estimates. At the same time, the pound is vulnerable to the downside from the more risk-averse trading environment,” Hardman says.

The Pound has weakened notably in recent days while the safe-haven Japanese Yen has advanced amid fear in the market about the possible fallout for the global economy from the coronavirus, and MUFG is betting the downside will prevail for a while yet after selling the Pound-to-Yen rate at 139.0 late last week. It's targeting a move down to 1.35 over the coming days.

MUFG, the world’s fifth largest lender, says Sterling will be vulnerable this week to fresh concerns among investors about the renewed threat of a ‘no deal’ Brexit after the government put the prospect of one on the table for year-end if a future relationship agreement is not finalised long before then.

The clock is now ticking and both sides are beginning talks with positions that are very far apart, while the mounting prospect of severe disruption looms over the UK and global economies due to coronavirus.

“We still believe there is scope for the yen to strengthen further as global growth concerns are likely to remain in place in the near-term. Building expectations for looser monetary policy outside of Japan and lower yields are encouraging a stronger yen as well,” Hardman says. 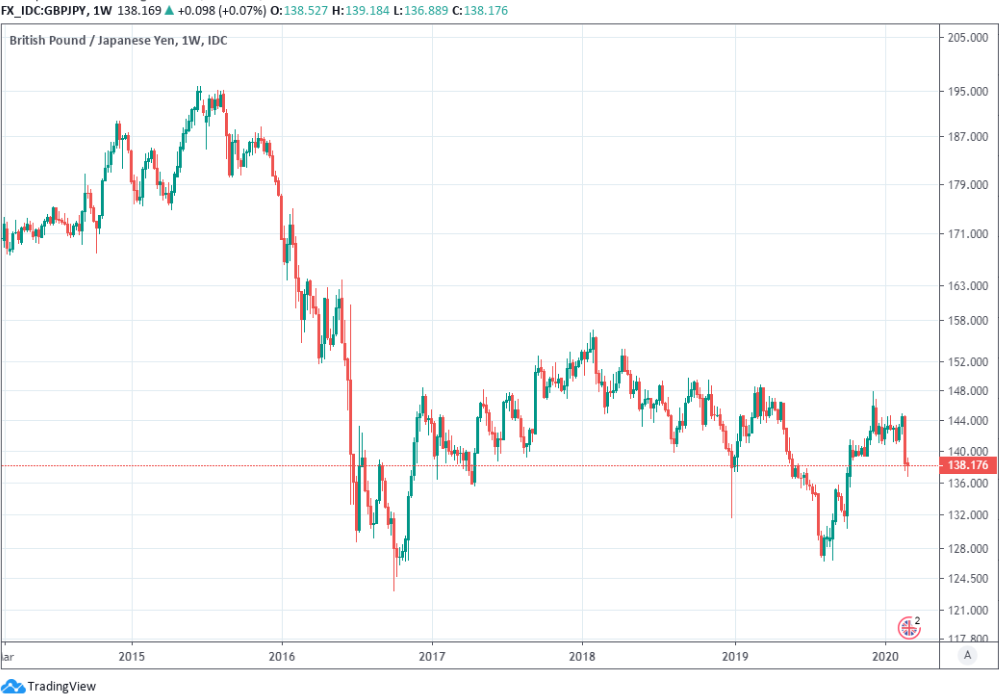 Governments are scrambling to fend off local outbreaks of the coronavirus as new cases outside of China continue to grow faster than those inside, threatening the spectre of disruptive containment measures for developed economies and stoking demand for safe-haven assets. This is as financial markets hope that central banks will provide immediate monetary support to economies, expectations of which helped risk asset prices to stabilise Monday.

However, reports suggesting that an eagerly-awaited G7 statement will not contain an endorsement of coordinated fiscal and monetary policy support measures might hurt sentiment across markets on Tuesday, while any further signs of a coronavirus outbreak in the UK could weigh heavily on Sterling which is already down -4.2% against the Yen for 2020. MUFG is betting the Pound falls to 135.0 in the short-term but forecasts it will rise back to 137.80 before the end of March, and that it will end 2020 at 141.20.

“The yen has rebounded during the Asian trading session...The yen had initially weakened following reports that the G-7 finance ministers will lead a global conference call today to discuss their response to the coronavirus shock. The call will reportedly take place at 1 p.m. Paris time, and the finance ministers will be joined by their central bank governors,” Hardman writes in a research note Tuesday. “The report initially fuelled speculation that a co-ordinated fiscal and monetary policy response could be on the way to help dampen downside risks to the global growth outlook, and to support financial market stability.”