The USD/JPY rate is could be headed lower in 2019 if Japanese investors walk away from large bets on the U.S. stock and bond markets, according to strategists at Morgan Stanley.

The Japanese are the second largest holders of U.S. government debt after China and the nation's vast system of pension funds, life insurers, and banks have bough heavily into the the American stock market in recent years.

Despite the selloff in stocks and bonds this quarter those investors have held their nerve, which explains why the USD/JPY rate has been so resilient, but there are a number of reasons why this might not last for much longer. 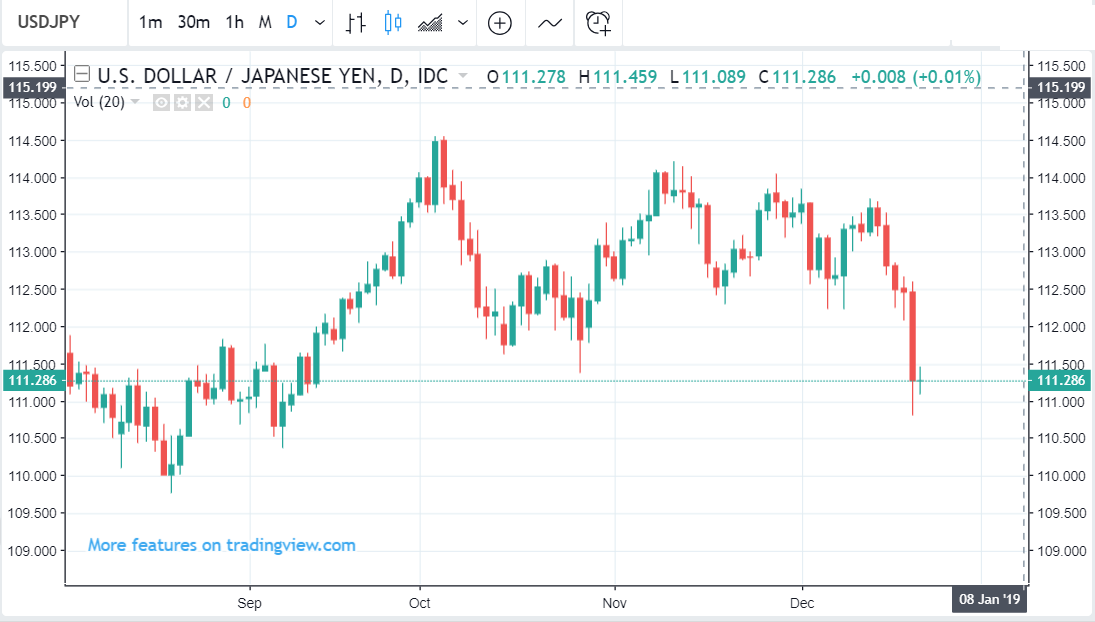 A major risk to the USD/JPY rate cited by Morgan Stanley is that Japanese investors have not adequately hedged the currency exposure gained from investing in U.S. assets, which means losses in the USD/JPY rate could beget even more losses as investors panic and pull out.

Japanese investors have bought U.S. assets "unhedged" because protecting themselves against Dollar weakness is now too expensive. In order to hedge they must sell the Dollar, which neutralises the impact currency depreciation would have on the Yen-value of their investments, but with U.S. interest rates at 2.5% selling Dollars is now expensive.

USD/JPY has remained relatively resilient so far despite the deep double-digit correction in stocks and steep losses for bonds witnessed in the second half of 2018 because Japanese investors have chosen not to bring their money home. Instead of repatriation, they have opted to reinvest the money from sale of unprofitable investments into other assets.

This has happened most notably in the US Treasury bond market where Japanese investors have sold their longer maturity bonds to buy more profitable short-term money-market instruments.

“The conversion of previously long-term investments into (low-return) quasi -money market holdings creates an environment where volatility could feed future volatility,” Redeker tells clients, in a recent note. “Front yield curve investments are relatively low-yielding. Investors with low duration holdings may tolerate small FX fluctuations, but may not be willing to absorb significant valuation losses in the event that the spot exchange rate moves unfavorably.”

This explains the Yen’s inertia so far versus the Dollar. Yet this move into short-term paper is part of the reason why Morgan Stanley's Redeker says risks to USD/JPY are heightened. Their still-relatively modest returns mean it would not require much of a decline in the Dollar to make holding these instruments unprofitable.

“Given that money market funds return approximately 3%, a currency move beyond 3% could spark a wave of short-term US asset liquidation by foreign investors. Assuming that most of these money market holdings may have been accumulated at USDJPY levels at or above 112, a decline below 109 could trigger a significant sell-off,” Redeker adds.

The backflow of capital to Japan is likely to get worse over time not better because the nation's pension funds are seeing their assets dwindle as an increasing number of pensioners in Japan and fall in the birth rate means funds have to keep liquidating assets in order to meet their obligations. 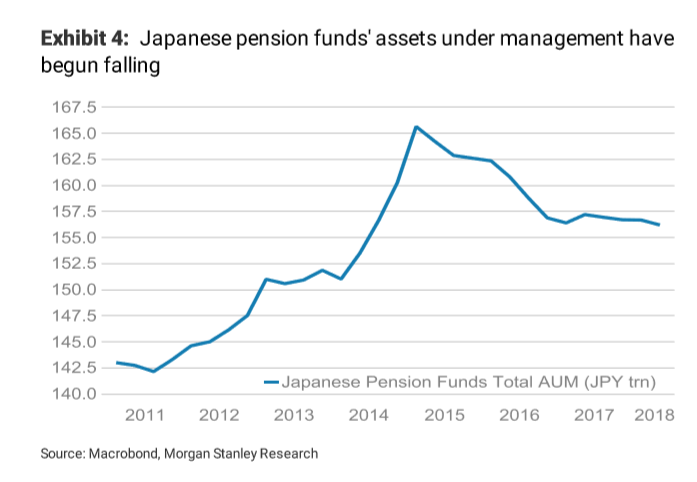 The Dollar is set to weaken against all currencies, not just the Yen, as the recent period of U.S. economic exceptionalism comes to an end and investment inflows into American assets dwindle. 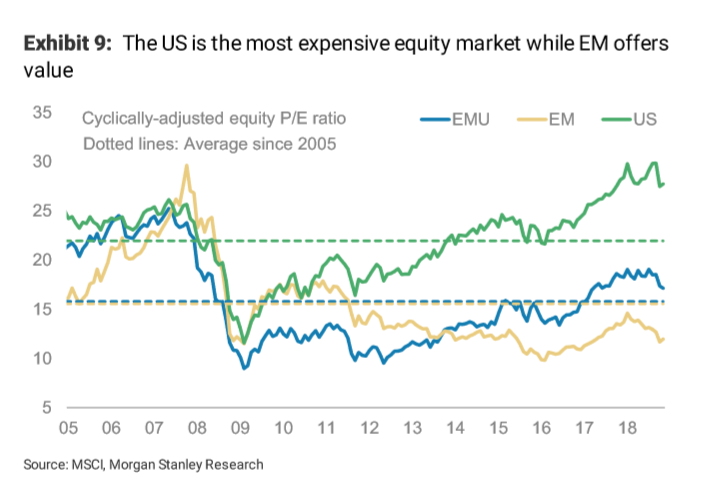 Another possible cause of Dollar weakness next  year is a rise in the cost of capital for companies, given the steep increase in U.S. interest rates over recent years.

This is making borrowing more expensive and will aggravate the so-called twin deficit because Americans are now spending increasing amounts of money overseas and borrowing more from foreign investors. 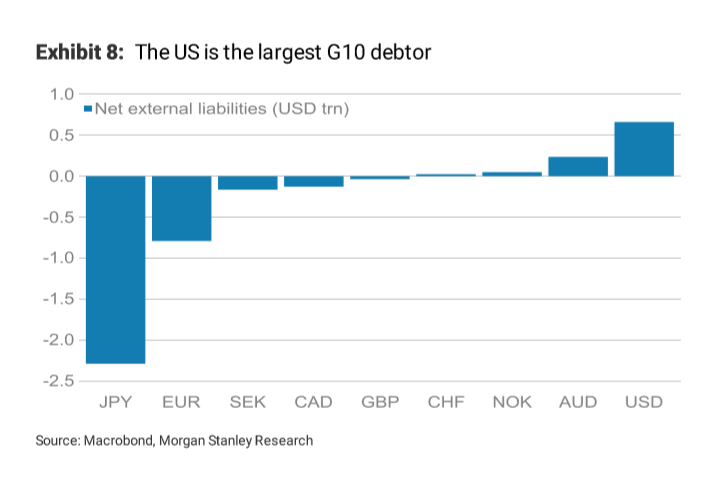 The slowdown in borrowing and activity among companies resulting from higher levels of U.S. interest rates will ultimately bring the Federal Reserve’s tightening cycle to an end over coming quarters, killing the Dollar uptrend of 2018.

“The corporate bond market is now starting to be squeezed by tightening international capital conditions too. Rising corporate bond yields may weigh on corporate investment, lowering the potential for significant US productivity gains,” Redeker says. “Increasing emphasis should be put on Europe and Northern Asia in respect to the evolution of their current account surpluses and ability to fund deficit areas like Australia, New Zealand and the US. In these deficit areas, capital costs will have to rise more than elsewhere to attract increasingly scarce global capital.”