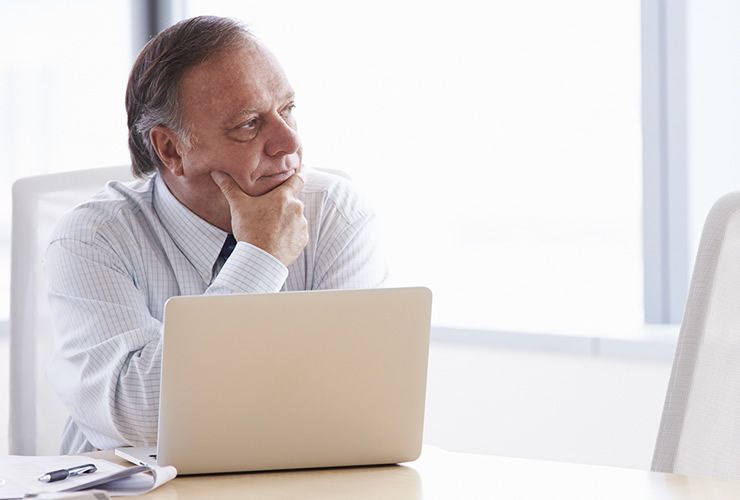 The Dollar is forecast to decline in 2018 as growth in the rest of the world catches up with the US and currency upside from tax reform fails to materialise.

The US Dollar will continue its decline in 2018, say analysts at BMO Capital Markets in Toronto, an investment banking subsidiary of Bank of Montreal.

After weakening against all of its main rivals in 2017, the decline is set to extend into and throughout 2018.

The main reason is an expected pick-up in global growth will support commodity prices and commodity currencies (AUD, CAD, NZD, RUB), while outflows of capital from the US and elsewhere in the developed world weighs on the Dollar and other G10 currencies.

The argument that a strengthening of the 'rest of the world' (RoW) will weaken the Dollar is shared by ING Group.

"As the year progresses, we expect the rest-of-world growth story to dominate and extend the benign dollar decline," says Chris Turner, Global Head of Strategy at ING.

US interest rates have risen faster than those of most other countries during 2017 and this is forecast to continue in 2018, with the US Federal Reserve itself expected to raise interest rates three times by a total of 0.75%.

Normally rising interest rates are a positive driver of currency appreciation because they attract inflows of foreign capital due to the higher returns on offer, but BMO does not see this happening in 2018.

Their argument is that rising interest rates are subject ot the law of diminishing returns, with most of the upside for the currency front-loaded at the start of a hiking cycle which, for the Dollar, began at the end of 2015 and went through 2016 and 2017.

"Once past the third move in a tightening or easing phase, a central bank loses its ability to shock the market or even influence it in a major way," says Stephen Gallo, BMO's European Head of FX Strategy.

Given the Fed has already raised rates three times in 2017, it is now beyond the stage where rate hikes are a major market mover.

"We don’t think whether the Fed hikes two, three or four times will matter much for the USD index," Gallo adds.

The passing of President Trump’s tax reform bill has been posited as another upside driver for the Dollar in 2018, however, BMO do not share this optimism either.

Firstly, they do not see it as radically altering America’s relative competitiveness, and secondly, they don't think it will "lead to a wall of repatriation." Both are factors that have been expected to have a positive impact on the Dollar in the year ahead.

Indeed, if anything, the huge cost of the tax cuts, which are probably unaffordable, will need to be paid for by higher government borrowing in the future. This may weigh on the Dollar.

Using the chart reproduced below, Gallo illustrates how a widening budget deficit combined with a wider current account - which he calls a 'twin deficit' (TwinSin) model - is a recipe for a weaker currency over time. 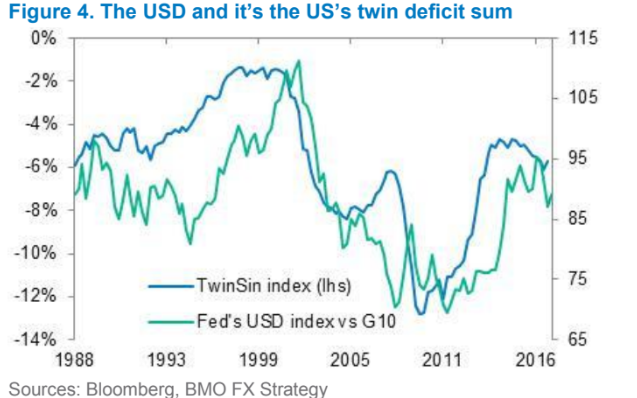 Greater government borrowing will increase the budget deficit because lower tax revenues will not be able to cover public spending. This is even after incorporating quite bullish growth assumptions.

"The US’s twin deficit fundamental (sum of the current account deficit and fiscal or federal budget deficit as shares of GDP) is another factor that is negative for the USD," remarks Gallo.

Turns in the deficit tend to precede the US Dollar by 1-2 years and given the twin deficits turned about two years ago, it offers an explanation of the Dollar's current weakness.

"The US’s twin deficit fundamental has been deteriorating for the past two years and is likely to deteriorate further in 2018 and beyond, due in part to the tax cuts."

Jan Von Gerich, an analyst at Nordea Markets, notes calculations that tax reform will cost the US government about $1 trillion over 10-years.

“In light of these estimates, the package will increase US government debt significantly and is far from self-financing," says Von Gerich. 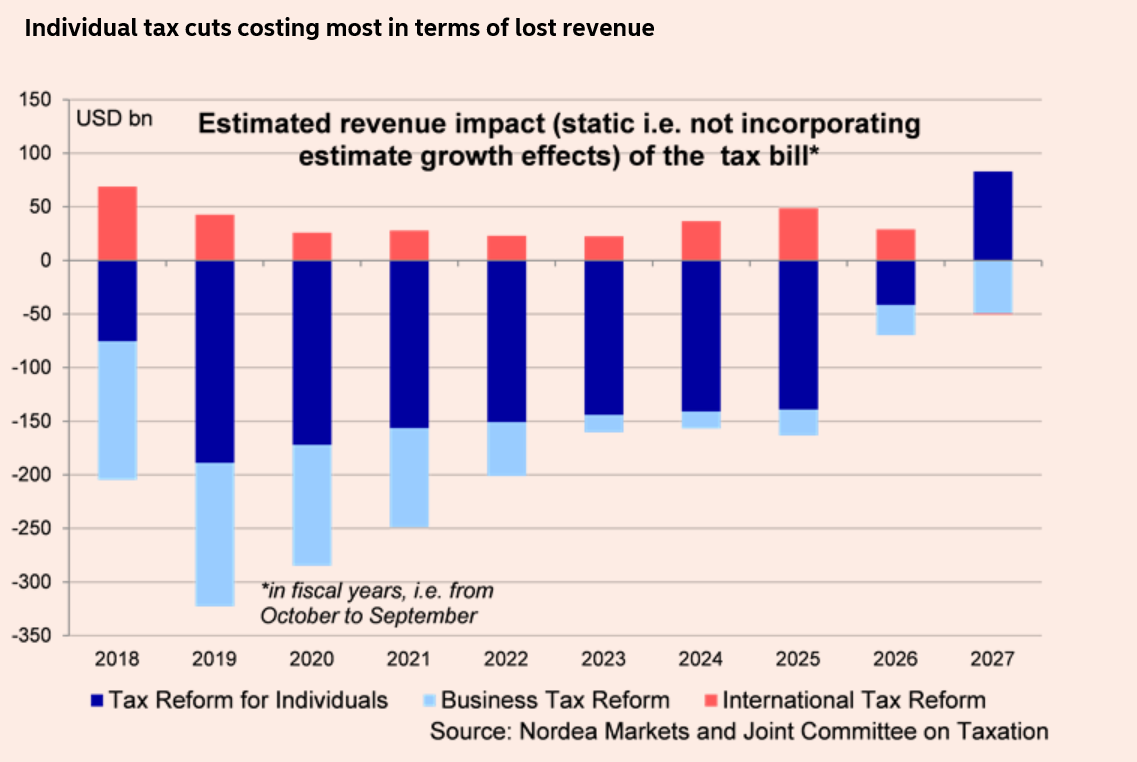 The other expected driver of Dollar strength in 2018 also looks to have been overbaked. Repatriation of offshore corporate profits which, assuming they are not already in Dollars, has been hailed broadly as something that will drive direct demand for USD.

Yet BMO strategists are sceptical of the upside from this source too, saying that comparisons with historical examples, in which the Dollar rose from repatriation, are unhelpful because this particular set of reforms is different to those of the past in several key respects.

"It contains no carrot that entices the onshoring of overseas funds; firms will pay the tax whether they repatriate or not," says Gallo.

"Firms can space the tax over 8 years if unrepatriated overseas earnings aren’t in liquid form. As a result, we think tax reform drops out of the equation in terms of USD impact in 2018," he adds.

In a recent study undertaken by the Brookings Institute, they found 95% of the offshore holdings of major multi-nationals were already denominated in US Dollars, yet further reducing the likely impact repatriation can have on the exchange rate.

Overall, given all of these negatives, BMO forecast the Dollar Index to fall by 1.5% in the first quarter of 2018 and by 1.0% per quarter until the end of the year.