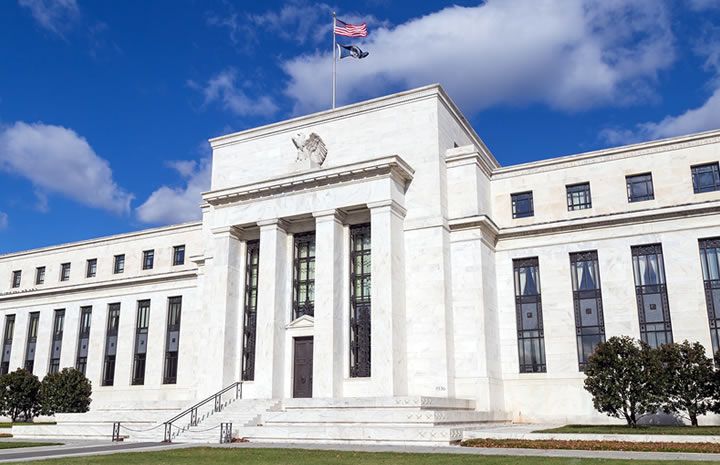 A December rate hike is now a given, if market pricing is anything to go by, but President Donald Trump's imminent decision on who will lead the Fed from February is weighing on the Dollar.

The Dollar slipped during early trading in London Thursday as the anticlimax for currency markets that is the prospect of a Jerome Powell Federal Reserve overshadowed the FOMC having adopted a more bullish tone on the US economy.

Bond and interest rate derivatives prices suggest the probability of a December rate hike has risen from 82.8% to 92.3% in the wake of Wednesday’s statement.

After Wednesday’s statement, market prices show many traders taking a December rate hike as a given but President Donald Trump’s imminent announcement of who will lead the Federal Reserve from February 2018 is front and centre for the greenback Thursday.

“Today’s statement will be overshadowed by the announcement of President Trump's nominee to be the next Fed Chair tomorrow, Ashworth adds. “Powell would be an underwhelming choice, but his nomination won't alter the monetary policy outlook.”

The FOMC continued to flag in its latest statement that core inflation pressures are uninspiring, while attributing the uplift seen in the headline measure of US inflation to a temporary hurricane-induced boost to fuel prices.

“This positive outlook and their belief that the storms won't alter the economy's medium term course offset their concerns that inflation for items other than food and energy remained soft,” says Kathy Lien, a managing director of foreign exchange strategy at BK Asset Management.

Recent months have seen Federal Reserve officials begin to question whether some of the factors keeping US inflation low are as temporary as many have previously suggested.

“The FOMC acknowledges that core inflation remains "soft", and that it will continue monitoring developments on the inflation front "closely",” observes Nick Exarhos, deputy chief economist at CIBC Capital Markets. “However, the statement does note that business investment has picked up in recent quarters, and that economic activity has been rising at a "solid rate" despite disruptions tied to the hurricanes.”

Questions around inflation matter for Dollar buyers and sellers because weak price pressures that persist over the longer term would command lower interest rates for a longer period of time which, in turn, would demand a lower US Dollar.

“The FOMC highlights that it continues to expect that growth will track a moderate pace with "gradual adjustments" in rates,” Exarhos says. “All told, we still see a December hike coming, with disappointments on the inflation front more than offset by respectable results from GDP and the labour market.”