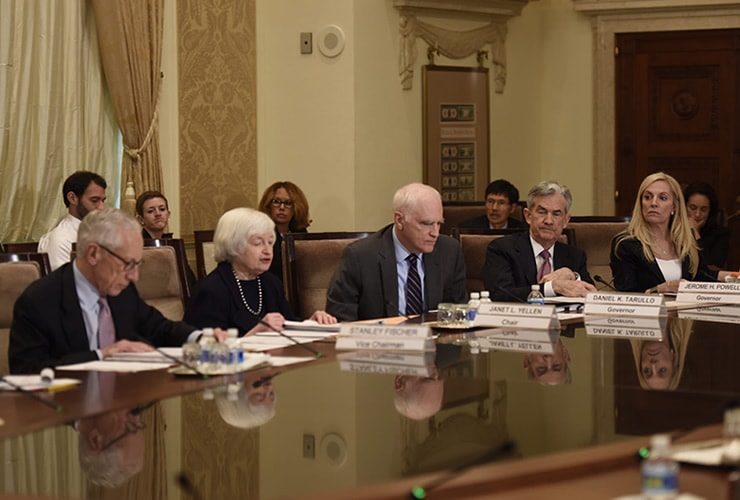 The Pound to Dollar exchange rate jumped as the US Federal Reserve raises interest rates at their March meeting by 0.25% taking the upper limit of their interest rate band to 1.0%.

The decision to raise rates was a foregone conclusion and markets were expecting the move and the US Dollar's reaction was as we expected.

We wrote ahead of the event that the US Dollar was at risk of suffering weakness were the Fed to maintain a coy tone concerning further interest rate rises.

Indeed, that is the outcome and the Pound to Dollar exchange rate traded to a daily best at 1.2285 in the wake of the Fed decision before rising to 1.2298 on Thursday, March 16.

At the time of writing it appears that the market is consolidating at these levels. 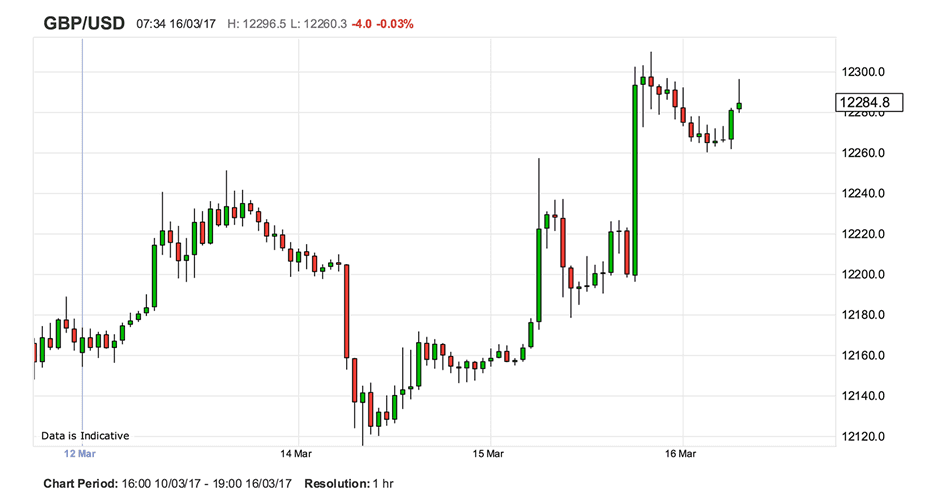 Above: It has been a good week for GBP/USD with a big jump coming on March 15 as the US Fed raised interest rates; in fact the Dollar is the only currency Sterling has advanced against.

The Fed has communicated that while it will continue raising interest rates, the pace of the hikes will be "gradual" with two more interest rate rises being suggested in the Bank's latest projections.

However, decision-makers see slightly faster pace of interest rate hikes in 2019 while views for 2018 and the longer-run remain unchanged.

The Dollar had been seen falling ahead of the event on weaker-than-expected US retail sales data which outweighed the impact of a robust CPI figure.

As a result, GBP/USD has bounced sharply over the course of the past 24 hours and the question that will be asked is whether it can extend the move.

Having turned the spotlight back on its recent high at 1.2252/53, a move above here would suggest a small base is complete argues analyst David Sneddon at Credit Suisse in London.

The latter target represents the 38.2% retracement of the entire fall from February and the February low, “which we would look to then cap for a resumption of the downtrend,” says Sneddon.

Markets had fully ‘priced in’ an interest rate rise being announced at March’s Fed meeting and we warned there is the chance that US Dollar would come under pressure against the likes of Pound Sterling once the hike is made.

This would appear counterintuitive as currencies tend to rise in tandem with rising interest rates.

“The buck could sell off on the any rate hike announcement unless it is followed by fresh revelation of steepening of the US rate curve. Dollar bulls will be looking for any clues that the Fed is considering four rather than three rate hikes this year and will Ms. Yellen’s words very carefully to see if she is open to the idea of more aggressive tightening,” says analyst Boris Schlossberg at BK Asset Management.

We are watching for changes on the dot plot graph in the projections for real guidance on the US Dollar's reaction.

The dot plots represent the levels each voting member believes future interest rates should be set at.

Below is the dot plot graph held in the December projections and it is that that we will be benchmarking against. 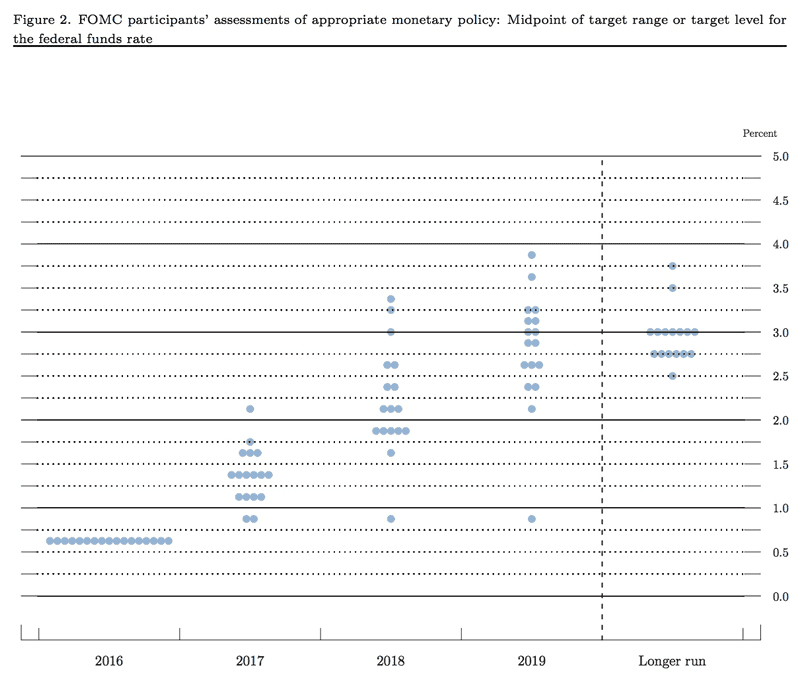 If the dots rise, then more aggressive rate rises are likely, and this should fuel the Dollar.

However, disappointment on this front could well see the Dollar decline.

Below are the March dot plots: 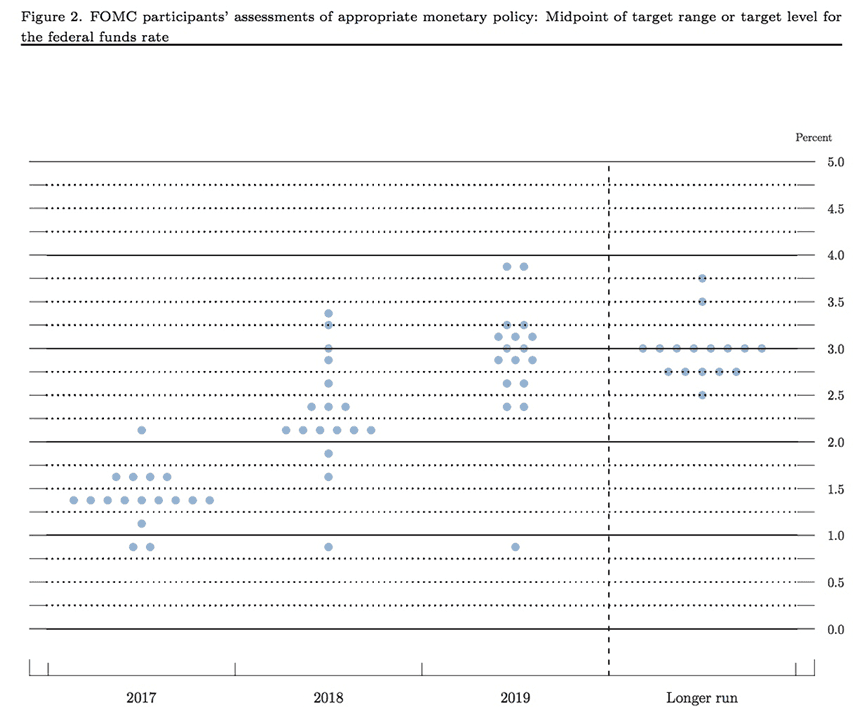 "The December FOMC meeting highlighted to investors that the Fed dot shift matters quite a bit," says Chirag Mirani, a foreign exchange strategist with UBS. "For the March FOMC meeting, our base case is that the Fed will not shift its median dots higher."

However, UBS concede there are risks around this view.

Relative to Fed dots, Mirani thinks the bond and currency markets are quite fairly priced for 2017. For four hikes to show up in the dot plot for 2017, we need about four FOMC participants to move up the median dot by 25bp.

Analysts at Capital Economics agree: "While a few FOMC participants may raise their projections, we still expect the median to imply three 25bp hikes this year, taking the mid-point of the federal funds rate to 1.375%. If so, that should also have little effect on the markets."

Recently long-end nominal and real rates have moved up by close to 20bp and are well above the Fed's terminal rates.

UBS believes this suggests bonds are susceptible to rallying and the US Dollar falling given that the long-run dot is unlikely to be changed.