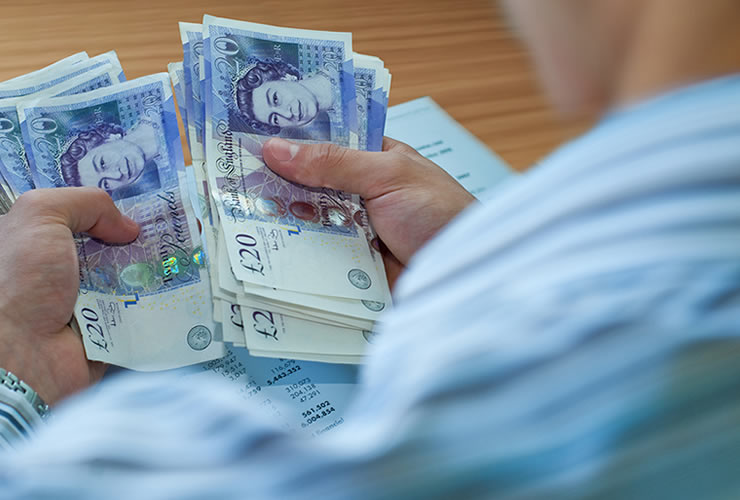 Over the past 24 hours the GBP/USD has achieved its best exchange rate in weeks as traders exited their negative bets on the UK currency in anticipation of the Bank of England's Thursday event. Don't be fooled by this recovery argue some noted analysts.

Pound Sterling bounced to a fresh two week best against the US Dollar as currency traders exited the market ahead of what is expected to be a significant Thursday.

Aiding the rally is the latest release of UK Services PMI data which were shown to have met analyst expectations.

At the time of writing the GBP/USD is seen at 1.3326 on the mid-markets with spreads being charged by retail bank accounts seen in offering rates of between 1.2970 and 1.2878.

Independent providers were seen more compeitively placed with spreads at 1.3255-1.3130.

The Bank of England’s Monetary Policy Committee will deliver their verdict on whether or not rates should be cut, while the Bank’s economists publish their latest growth and inflation forecasts.

The consolidative tone seen in many of the major GBP pairs over recent days signifies traders are unwilling to take fresh bets on the currency with so much risk on hand.

If anything, it would appear that traders are exiting the market.

According to the latest IMM speculative data, markets are heavily bearish the GBP/USD:

“Following the UK’s surprising decision to leave the EU, the net GBP shorts rose to yet another year-to-date high of 80.57k in the last week of July. This reflects a preference amongst market participants to sell into GBP/USD rallies as the outlook for the UK has deteriorated and uncertainty caused by Brexit will prevail,” says Piotr Matys at Rabobank.

With so many bets against Sterling existing, the closing of such bets would necessarily entail a buying back of Sterling.

This may explain the recent strength.

“There is a lot of nervousness about whether the BoE’s Quarterly Inflation Report will indicate that a technical recession is now very likely. An interest rate cut on Thursday is almost old news as most people expect it so the question is whether the BOE will re-start Quantitative Easing to ward off a recession," says Nawaz Ali, Currency Strategist at Western Union Business Solutions.

Ali warns that should the Governor Mark Carney refrains from launching QE so early, it’s probable to see the GBP/USD exchange rate rebound further in the short-term to as high as $1.3500 in reaction to a less dovish-than-expected BOE.

Nevertheless, such strength could arguably still be regarded as being technical in nature, and studies confirm the balance of risks lie towards the downside.

Indeed, there has been no follow through buying of GBP on the 3rd August, and intraday signals rather suggest the rally, which has been confined to recent ranges, has run out of steam.

"Price action has been confined to a triangular consolidation range since the late June sell-off; these formations are typically continuation patterns – which rather suggests an ongoing vulnerability to the downside (see middle chart). We see short-term gains capped around 1.3375/1.3425. Key support is 1.3165. We remain bearish," says Shaun Osborne, FX Strategist with Canada's Scotiabank.

Citi: Robust Easing Ahead, Bias to the Downside

UK manufacturing PMI confirms that Brexit is likely to have negatively impacted business sentiment, with the final print at just 48.2 vs the flash print of 49.1 and June's 52.1

This reading has seen economists at Citi Economics call for more than a 25bps rate cut at Thursday’s BoE meeting as well as the re-commencing of asset purchases (adding GBP75bn over next 4 months).

“Note that while a 25bp rate cut this week is fully discounted into UK rates, but re-starting quantitative easing is not priced in and would likely be the catalyst for the next major decline in sterling,” says a note on the matter from Citi Economics.

Forecast changes to the Quarterly Inflation Report, also due Thursday, and the Chancellor’s fiscal announcements in Autumn will likely determine whether purchases will be extended further warn Citi.

This view has strategists targeting a lower Sterling, with dips expected to question the solid bedrock support at 1.30 GBP/USD.

“Support now lies at the horizontal levels, 61.8% retracement of the rally from the lows and trend line support converge between 1.3047 and 1.3065 and a breach would likely target the short term double top at 1.2950 followed by trend lows at 1.2800,” say Citi Techs on the prospects facing the GBP to USD conversion over coming weeks.

Backing the Citi view are Societe Generale who have confirmed to clients selling the British Pound remains one of their favoured strategic positions.

"Near-term, GBP/USD has not yet fully discounted the BoE easing (unlike interest rates), while the Brexit economic shock and worrying external balances should continue to weigh on GBP over the medium term. We forecast the cable to fall below 1.30 by September," says Oliver Korber at Societe Generale.

The GBP/USD skew normalised "too much" a mere five weeks after the Brexit vote suggests Korber while noting GBP volatility market has normalised sharply.

The liquidity recovered and the extreme positioning was ultimately absorbed, offering ample space for traders to enter fresh bets against the GBP.

Rabobank's Matys meanwhile says he expects GBP/USD to fall to 1.27 by the end of the year, which would be lower than the post-Brexit low set at 1.2798.