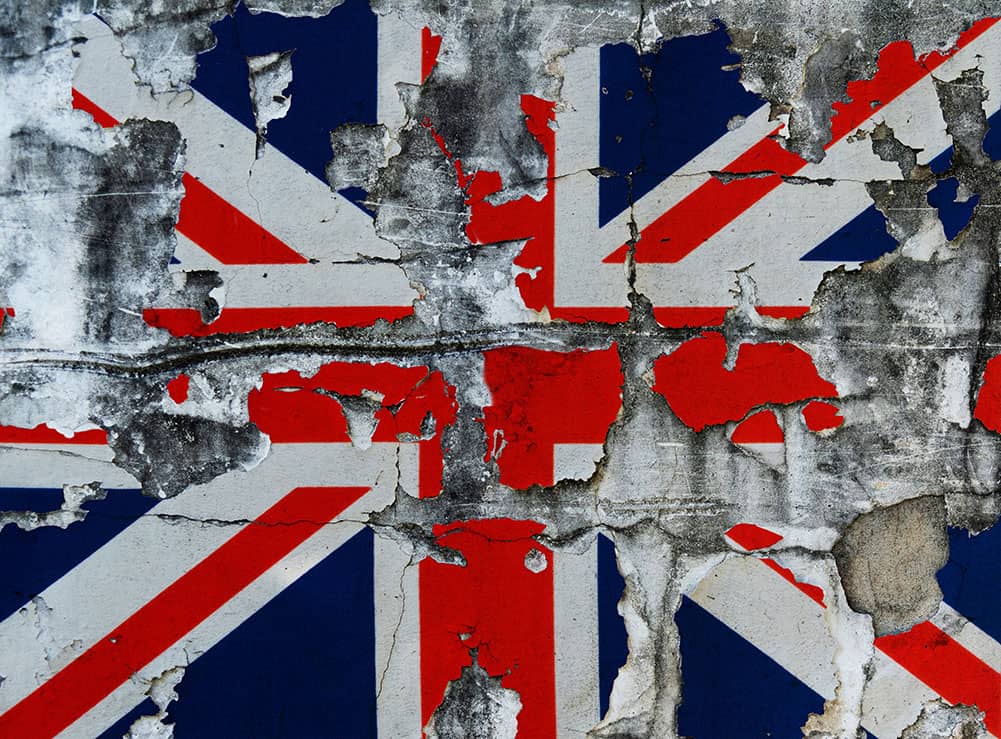 Nomura - the Japan-based international investment bank - says it is looking for the 2022 sell-off in the Pound to continue as the UK is in the grip of a fundamental balance of payments crisis.

"This is a fundamental balance of payments crisis, with politicians hoping it will eventually just calm down. Hope is not a strategy," says Jordan Rochester, strategist at Nomura.

These high odds come on an historic day for the Pound in which it fell to its lowest levels on record against the Dollar.

The Pound-Dollar exchange rate fell to 1.0354 in early Asian trade in what appears to be a 'flash crash'.

The declines are consistent with the notoriously illiquid market conditions that characterise early Asian trade, indeed back in 2016 we saw an eerily similar move.

Hints of a technical failure in the market are reinforced by the UK currency's steady recovery through the European trading session.

But Rochester says expectations for even lower levels in Pound-Dollar are grounded in fundamentals and the rebound is mere profit taking.

"What we witnessed this morning, with the slight recovery in GBP from the depths of sub-1.04, is likely to be short-term profit taking rather than any material reason for cheer," says Rochester.

For Nomura, the Pound's weakness boils down to one inescapable fact: the UK is nursing a substantial balance of payments deficit. 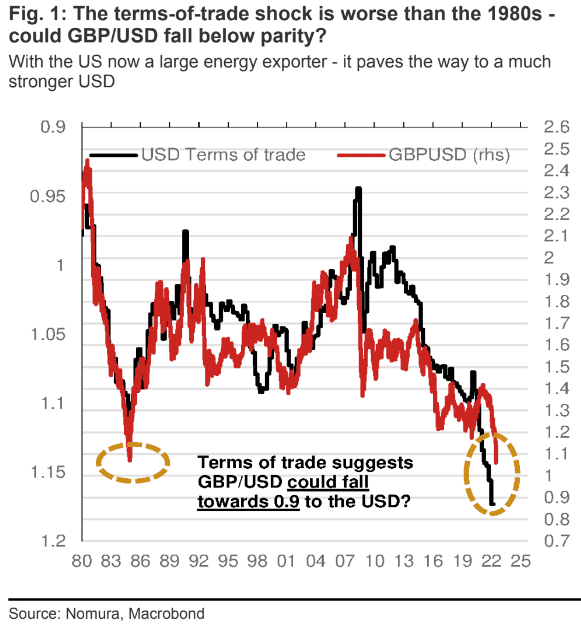 The deficit arises simply because the UK is importing far more than it is exporting.

But for the Pound to remain steady, or appreciate, the UK must attract foreign capital inflows from investors.

The Pound's decline suggests these flows drying amidst a combination of difficult global market conditions and concerns the UK government will struggle to fund its tax cuts and the energy price cap.

"The balance of payments crisis is the worst we have seen in our careers: The current account deficit has widened to over 8% of GDP in Q1 and likely hovered around that level through Q2, if the trade balance is any guide," says Rochester.

The deficit is largely a result of the surge in energy costs seen over the first half of 2022, a time of surging gas and oil prices. 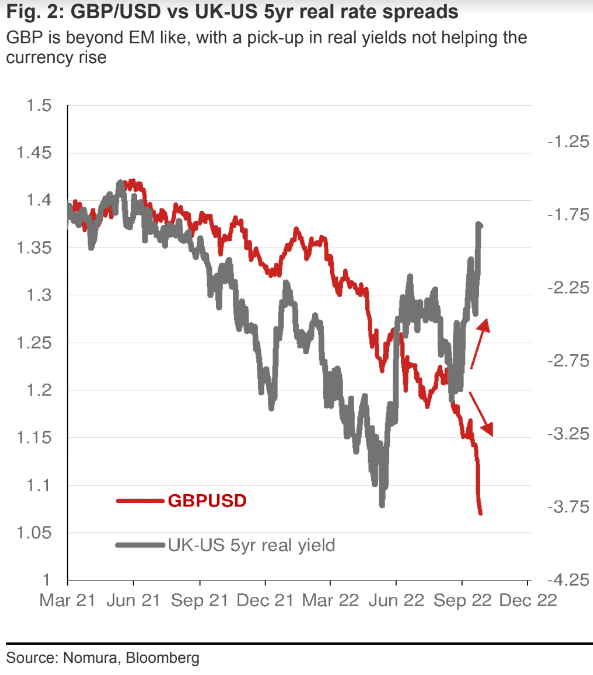 Amidst this, the UK government announced it would in fact need to increase the amount of debt it issues to fund its tax cuts and energy price cap.

"It is therefore not helpful the government added to expected issuance last week, raising the risk of a move below parity towards 0.9750 by year-end," says Rochester.

(Those concerned about lost purchasing power could consider locking in current rates for payments falling due over coming weeks, more information here).

Obvious risks to this trade are that the UK's international position improves as the fall in Sterling eases import demand.

The balance of payments position would however most obviously be improved by the fall in the cost of oil as well as gas.

In fact, gas prices have fallen to such an extent the UK government's liability in funding the cap has fallen dramatically.

Economists meanwhile anticipate the Bank of England to offer support to the Pound by delivering a decisive and large interest rate hike in November (or even before).

But Rochester says the Bank has little bearing on where Sterling is travelling from here.

"We could spend all day talking about what the BoE will do next, but it would not be very helpful in trading GBP," says Rochester. "The problem is the trade balance and fiscal issuance, not the BOE."

Nomura is short Sterling-Dollar, targeting a move to 0.9750 by year-end.