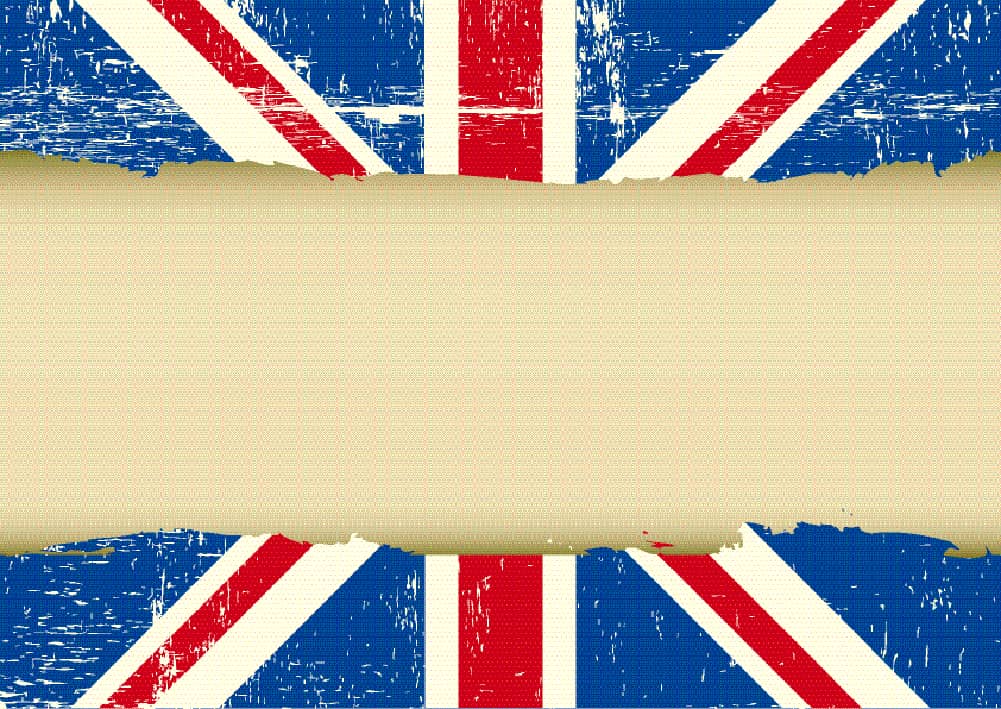 The Pound to Dollar exchange rate (GBP/USD) could be on course to test 1.10 by September says currency strategist Jordan Rochester at Nomura, although a fall to parity cannot be entirely ruled out either.

Rochester has held a strategic 'short' on the Pound against the Dollar since February, targeting a fall to 1.18.

But this level is fast approaching given the 1.45% fall that has transpired this week alone has already yielded a low of 1.1875, mere pips away from target: 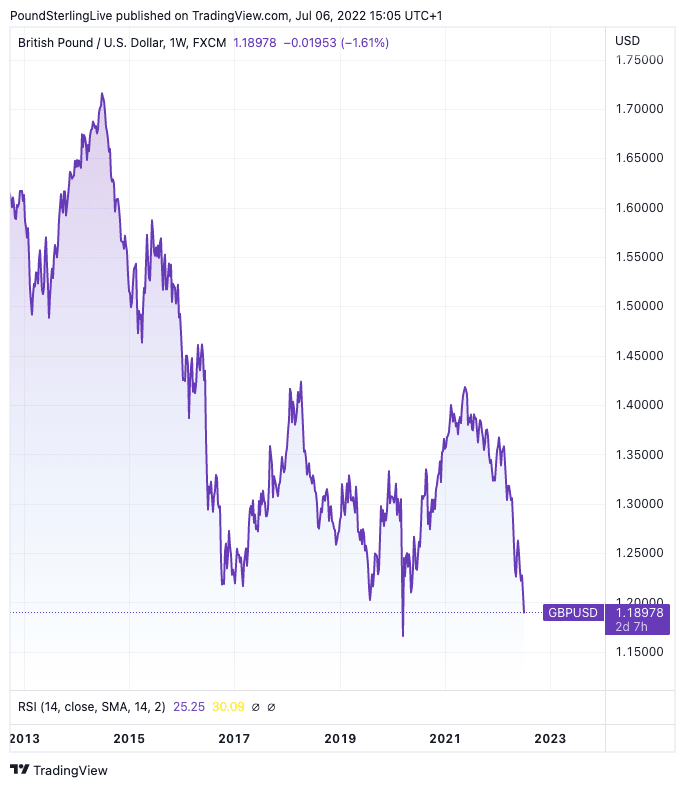 Above: GBP/USD at weekly intervals giving a long-term view of price action.

The question facing Rochester and his team is whether they book profit at 1.18 or do they assess the move has further to run?

In a midweek ad-hoc briefing he concludes the move can continue as Pound Sterling faces a litany of woes.

Rochester says several factors explain why the UK currency should underperform its peers, these include the fact that the UK has raised taxes (when others haven’t) and arguably has done less to address the cost of living squeeze.

This results in a consumer consumption crunch.

"Combine this with lower gas flows, a lower EUR, lower risk sentiment and global recession fears — and GBP is likely to fall below our target of 1.18," says Rochester. (Set your FX rate alert here).

They raise their conviction to 8/10.

But their modelling also finds circumstances for even greater losses.

"The terms of trade suggest a move towards 1.00," says Rochester. "With the US becoming a key energy export partner for Europe this is leading to a significant terms of trade shock to the benefit of USD." 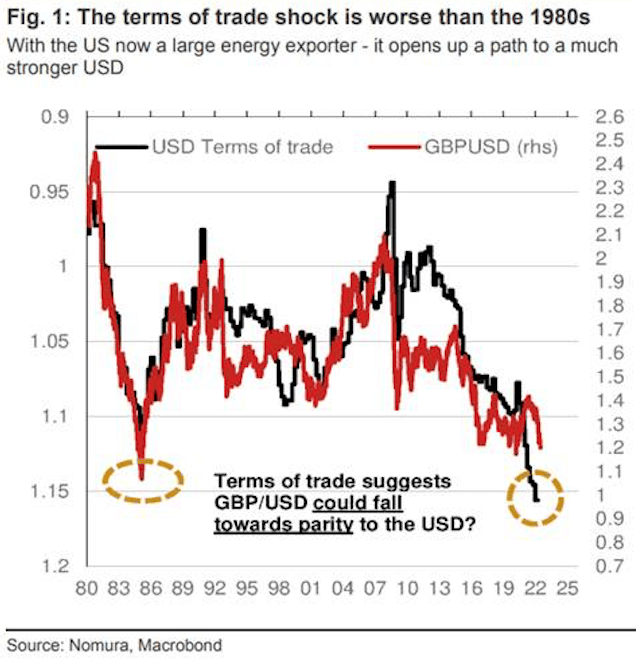 "The terms of trade are just one determinant of the path for the currency, and for long periods of time they don't drive price action, but with such an energy shock happening right now they really matter and it’s hard to argue why GBP should trade higher," he adds.

Regarding any eventual turn in trend for the Dollar, Nomura expects this to only come around towards the fourth quarter of the year. 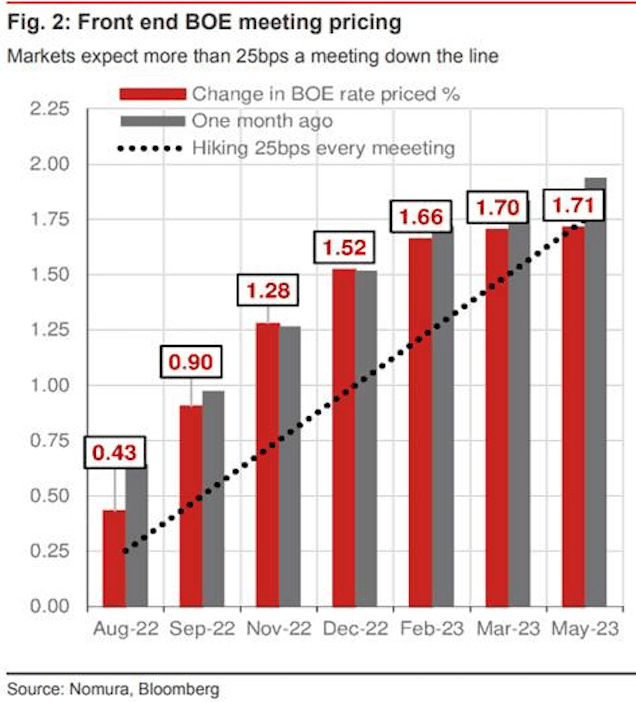 Kowshik adds that while the Bank of England has switched to a more 'hawkish' guidance, rate hikes have stopped benefiting the currency.

The Bank of England in June said it was now prepared to act forcefully to deal with rising inflation levels, abandoning the forward guidance that "further tightening" would be warranted.

Analysts read this as a sign the Bank was prepared to take a more forceful stance on interest rates, a development that could have been construed supportive of the Pound.

Not so, says Lombard Odier who now pencil in Pound Sterling underperforming the Euro with EUR/GBP targeting 0.88. This gives a GBP/EUR exchange rate of 1.1363. Their GBP/USD forecast shifts to 1.16. 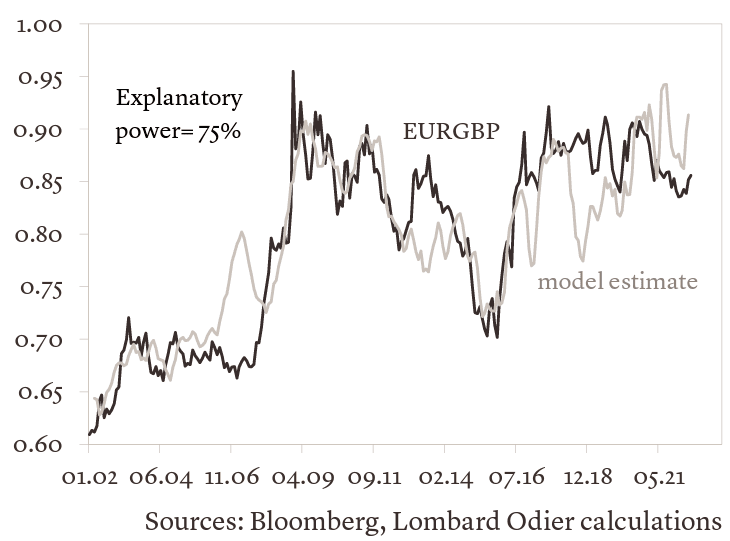 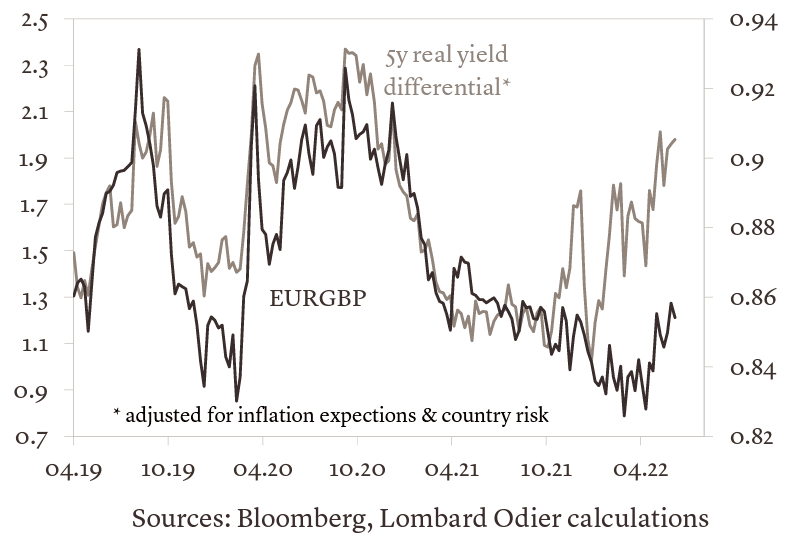