The Pound to Dollar exchange rate gained only short-lived respite from earlier selling pressures on Friday when the Bureau of Labor Statistics released what could only be described as a ‘dovish’ non-farm payrolls report for the month of November.

America’s labour market created or recovered from the coronavirus some 210k jobs last month, far less than the 553k that some measures of consensus among economists suggested was likely, although the data also came with a further dovish tinge.

This was as participation in the labour market was said to have risen last month while the unemployment rate continued to fall in spite of this in what may eventually prove to be a dampener of American wage pressures.

“The household survey showed an outsized gain of 1.14mn jobs, however, which resulted in the unemployment rate falling by more than expected, to 4.2% from 4.6%, even against a slight rise in the participation rate,” says Katherine Judge, an economist at CIBC Capital Markets. 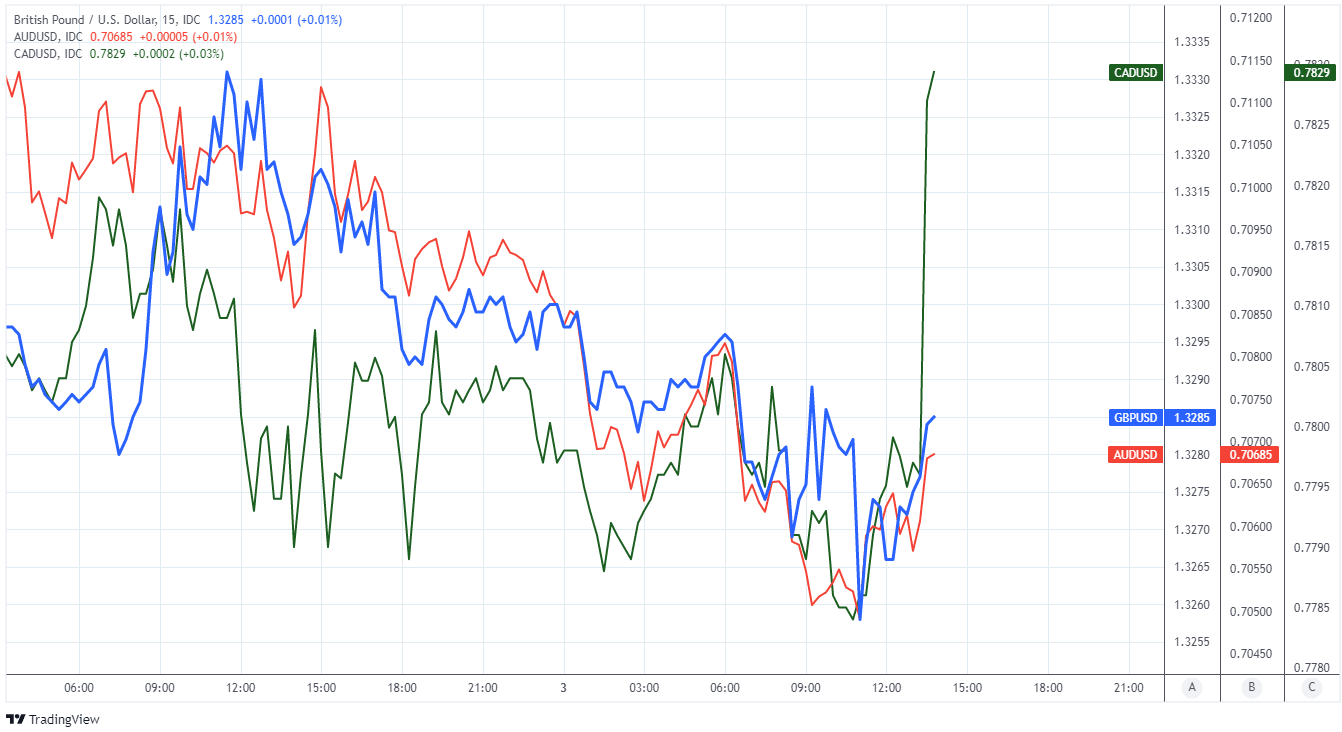 Above: Pound-to-Dollar rate shown at 15-minute intervals alongside AUD/USD and CAD/USD.

The labour force participation rate edged up from 61.4% to 61.8% in November - its highest since before the pandemic- after months of hovering largely unchanged at the earlier level and indicates a potential improvement in labour supply for the months ahead.

That might act to dampen various forms of inflation pressure over the coming months and could explain better than anything else why the Dollar exchange rates pared back earlier widespread gains following the release because worker shortages and rising wages have been identified as two important factors that played a role in driving U.S. inflation to multi-decade highs recently.

Markets care about the labour market data because the Federal Reserve had previously made returning the economy to full employment a prerequisite - alongside attainment of its inflation target - for any eventual decision to begin reversing the interest rate cuts that were announced in support of the economy at the onset of the pandemic.

“On the assumption Covid vaccines are not rendered ineffective by Omicron, Fed officials are likely to stick to plans for an accelerated policy normalisation cycle,” Franulovich and colleagues said on Friday.

While the Dollar was softer in the moments following the release it had gained over all in the G10 contingent of major currencies for the week by Friday, while it was a long way from certain that even a dovish jobs report like that seen for November would be enough to deter the Federal Reserve from its newfound pursuit of a faster pace of monetary policy normalisation.

This is after Fed Chairman Jerome Powell told Congress on Tuesday and Wednesday that American inflation pressures are shaping up to prove more persistent than had previously been envisaged and that they’re likely to merit a faster winding down of the bank’s quantitative easing programme than had been provided for in last month’s meeting.

That has weighed heavily on the Pound-Dollar exchange rate, which fell to a low of 1.32 earlier in the week, its weakest level since November 2020.

“Our current preference would be to look for a short-term buying opportunity in GBPUSD in the low 1.30s. The difficulty associated with buying short-term dips in GBPUSD spot is that the Fed is currently flagging the risk of a faster pace of normalization,” says Stephen Gallo, European head of FX strategy at BMO Capital Markets.

“However, as a short-term consideration, we would anticipate that a faster QE taper from the Fed would be fully priced into GBPUSD in the 1.30-1.31 range,” Gallo told clients in a note on Friday. 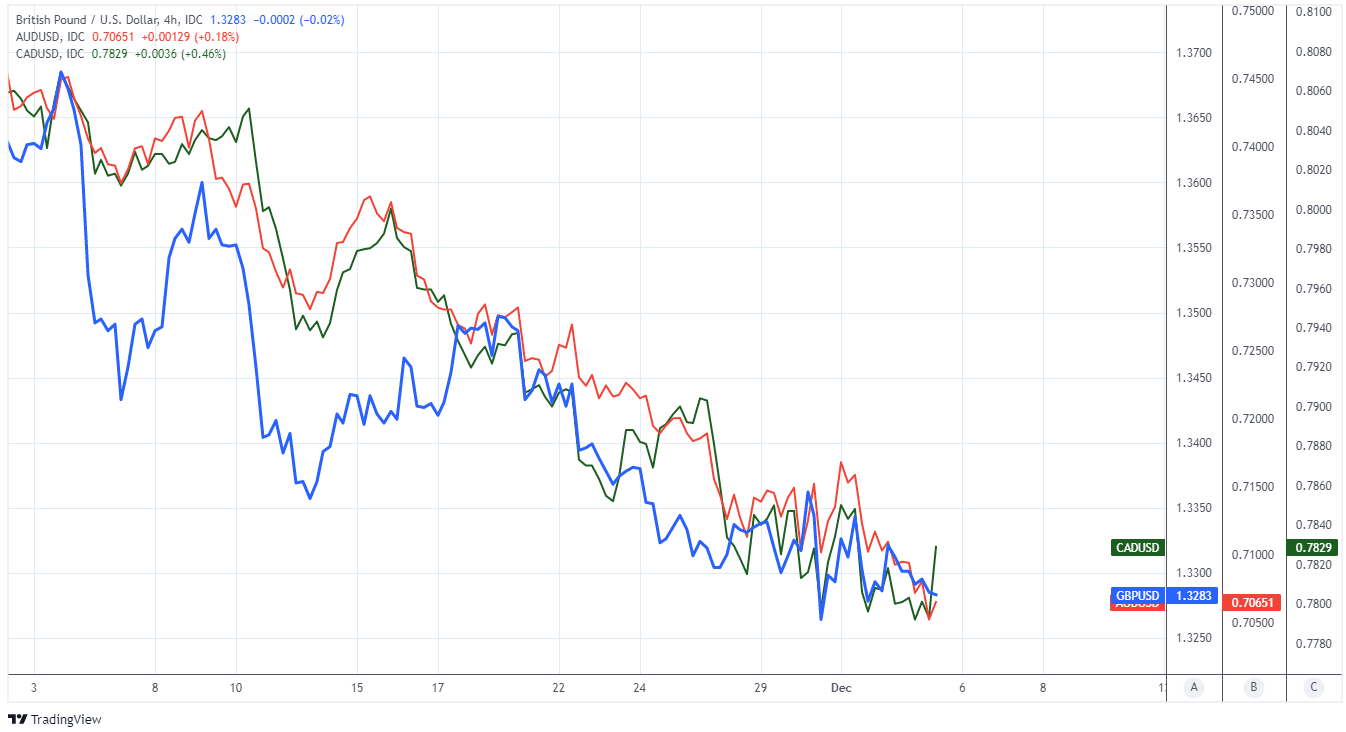 Above: Pound-to-Dollar rate shown at 4-hour intervals alongside AUD/USD and CAD/USD.