The Pound to Dollar rate was buoyant near to one-year lows in the penultimate session of the week but could soon find itself better supported if a nascent and still fledgling recovery by Asian currencies proves to be a burden for the recently strong greenback in the weeks ahead.

Dollar exchange rates have been choppy throughout the week, whipsawing as the market has oscillated between bids in support of a possibly looming acceleration of the Federal Reserve’s (Fed) winding down of its quantitative easing programme, and on the other hand offering the currency away in what has often seemed a response to public health hysteria about the latest edition of the coronavirus.

It was in this market and amidst the accompanying noise in the news environment that Tuesday’s upside surprise in China’s November PMI surveys drew little attention from investors, even though it could eventually come to be known as the earliest indications of the country’s economy perhaps having begun to turn a corner following a months-long cooling off period induced by various regulatory actions.

If correct, this could also be among the earliest indications of a cooling off period being in the pipeline for the U.S. Dollar, with possibly bullish implications for a Pound-Dollar exchange rate that slumped briefly to its lowest level since November 2020 earlier this week. 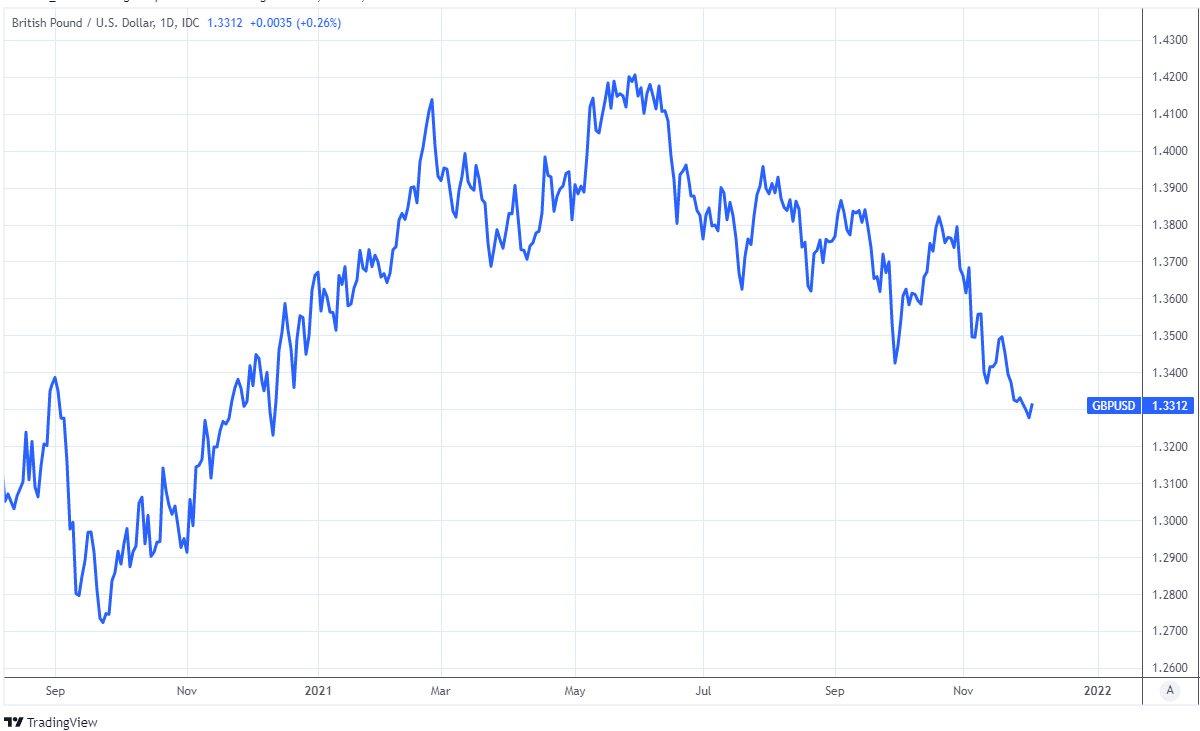 “While there was some improvement in official PMIs, the general growth picture does not change too much, which still points to weak demand. The automobile sales, for instance, is likely to register another negative monthly growth in November” says Hao Zhou, an economist at Commerzbank.

“In the meantime, the housing sales in the major cities still sees about a 20% drop,” Zhou wrote in a Tuesday note to clients.

Many economists doubt the data is significant although it’s not just the November PMI surveys that are suggestive of a turning point potentially having been reached, as Asian currencies in general also appeared to have turned a corner this week, with the Korean Won and Malaysian Ringgit included.

Asian currencies underperformed as a bloc in recent months and notably through the Northern hemisphere’s summer when global markets regularly betrayed a mounting sense of unease over the Chinese economic outlook, although that grouping has been among the top performers this week.

“That AUDUSD vs. USDKRW chart doesn’t look all THAT dramatic, but for two pairs that tend to move in lockstep (due to USD as primary driver), that is a strong signal from KRW that assets in Asia are trying to turn the corner” says Brent Donnelly, president at Spectra Markets and a veteran trader. 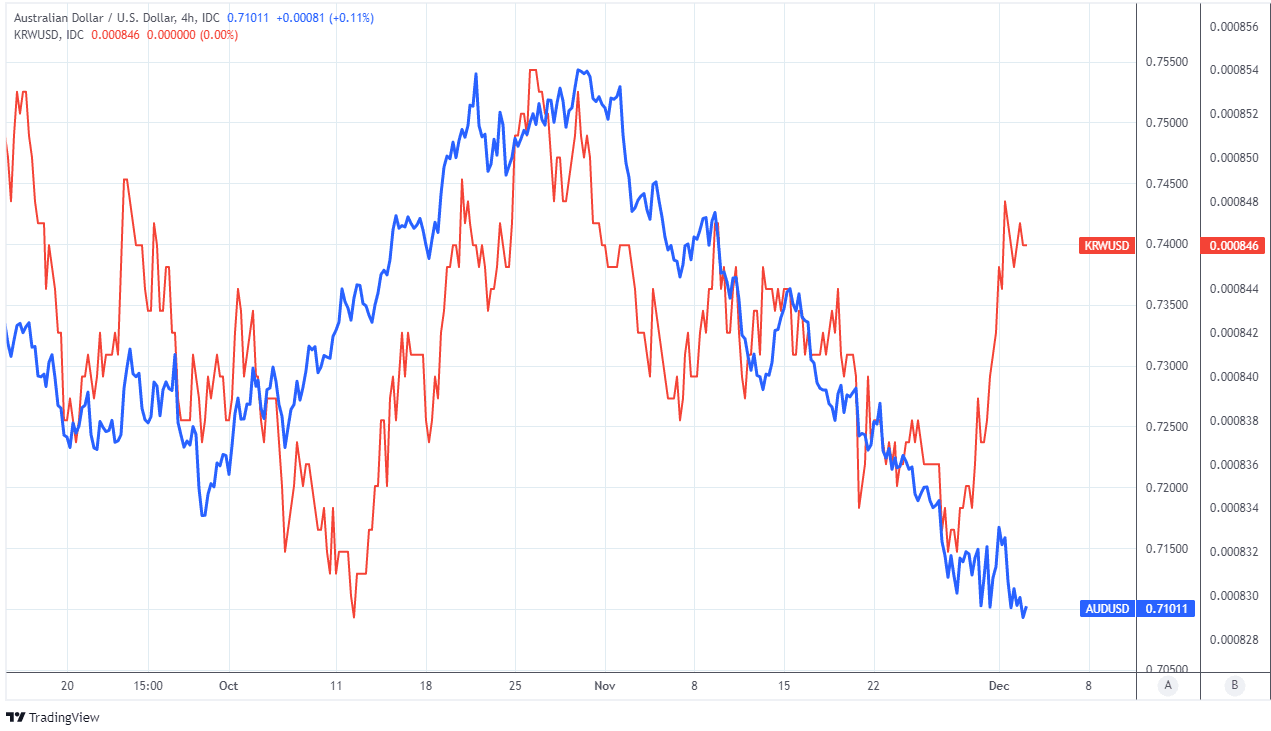 Above: Australian Dollar and Korean Won at 4-hour intervals and measured against the U.S. Dollar.

“Maybe looser policy in Asia and tighter policy in the USA means investor preferences are shifting? Note too, that copper never dirt napped with oil, despite having every reason to do so if it so desired,” Donnelly also said, writing in a daily missive to Spectra Markets’ clients.

All Asian currencies are highly sensitive to the ebb and flow of an ever evolving Chinese economic outlook, although they aren’t the only ones as the economies and currencies of Europe as well as many other regions also count China as among their most significant international trade partners.

This could potentially be enough to stymy, if not temporarily reverse the rampant rally seen in Dollar exchange rates during at least the five months since June, and even longer than that for some currencies.

“Except for KRW and SGD, Asian currencies have strengthened so far this month despite dollar strength. This contrasts with the rest of EM,” writes Bilal Hafeez, CEO and head of research at Macro Hive.

“We remain bullish on CNH, with broad USD strength yet to materially impact it. USD/CNH has remained below 6.40 over the past month despite the DXY gaining 3% since the beginning of November and almost 5% so far in H2,” says Hafeez.