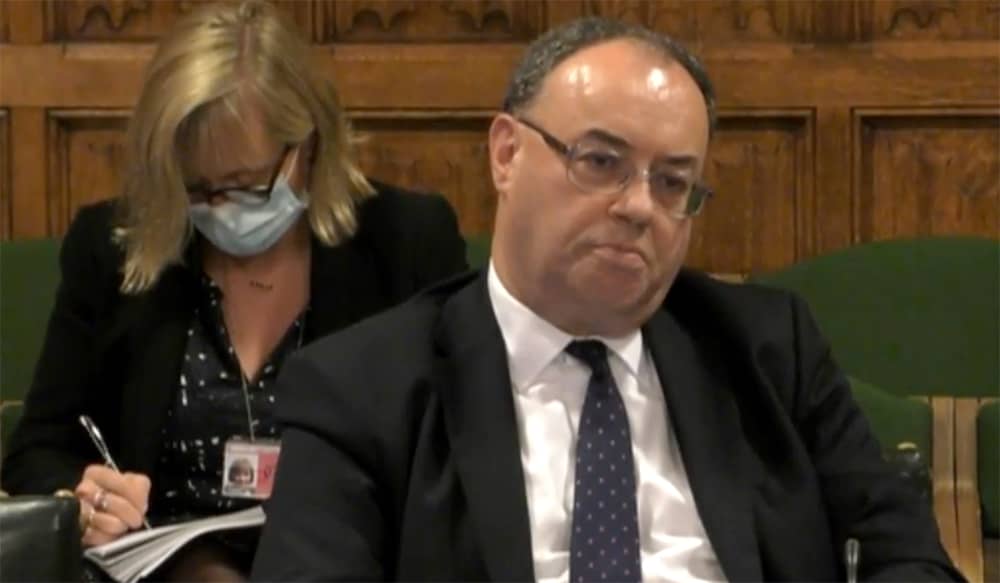 Rising odds of a December interest rate hike at the Bank of England have lifted the Pound to Dollar exchange rate up and away from its recent 2021 lows.

"Sterling rallied in U.S. trade on Monday, sending GBP/USD up 0.25% to 1.3443 on the back of rising BoE hike expectations as the pound continues to consolidate above last week's 11-month lows by 1.3354," says Paul Spirgel, a market analyst at Reuters.

The support for the British Pound came after Bank of England Governor Andrew Bailey said he was uneasy about the inflation situation. 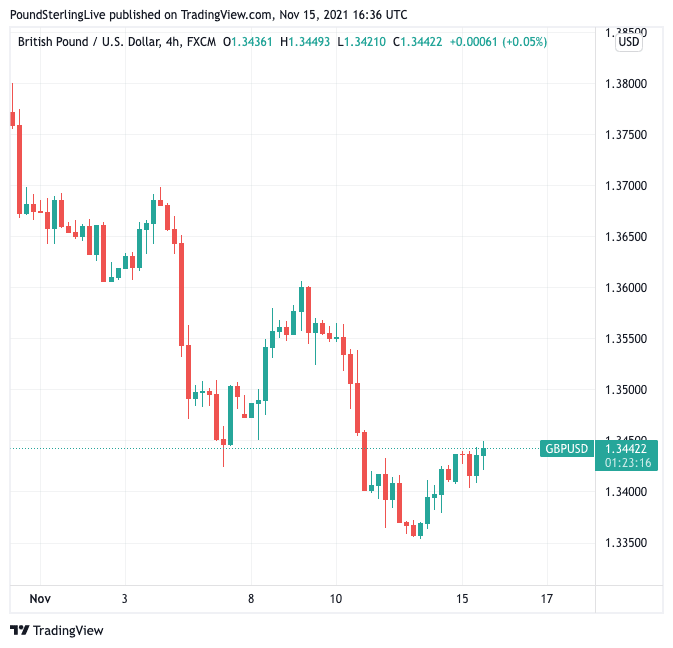 Above: GBP/USD at four-hour intervals.

In an appearance before UK lawmakers he said that "all meetings are in play" for a rate rise.

Some economists have ruled out a December rate hike based purely on precedent, noting the Bank has a history of swerving major decisions in December.

But Bailey told Parliament's Treasury Select Committee "I am very concerned about the country's inflationary scenario."

Bailey said the labour market looks "tight" i.e. there are less employees chasing more jobs, as evidenced by data from the ONS showing there are now in excess of 1.2M outstanding job vacancies.

"Short-term rate markets may dictate the near-term path of GBP/USD. Short-sterling markets are pricing in 100bps of increases between Dec 2021 and Dec 2022, while U.S. Eurodollar's are pricing in 75bps of hikes in the same period," says Spirgel.

But technical analyst Bill McNamara at The Technical Trader says it is too soon to call the end of the Pound's downtrend against the Dollar.

"Sterling traded down to its lowest reading in eleven months last week (i.e. at 1.337) and although it rallied somewhat on Friday it is not at all clear that the September low, at 1.3422, is going to provide lasting support," says McNamara in a weekly update.