The Dollar came out of the doldrums in a riposte against its doubters ahead of the weekend even as headwinds to the outlook for the U.S. currency loomed larger in the background of a near-month-end trading session.

Dollars were bought in the final hours of trading Friday with a sharp step-up in demand coming after the Institute for Supply Management Chicago PMI topped expectations with a bullish signal about business activity levels in America’s third largest city.

July’s Chicago PMI came in at 73.4, up from 66.1 and in defiance of a consensus which had looked for a decline to 64.2, delivering a decisive uplift to Dollar exchange rates in the G10 segment of the major currency complex.

“Prices paid at the factory gate eased slightly, down 0.3 points but remained at a historically high level. Higher prices for materials and freight were again a major concern for survey respondents,” the summary says. 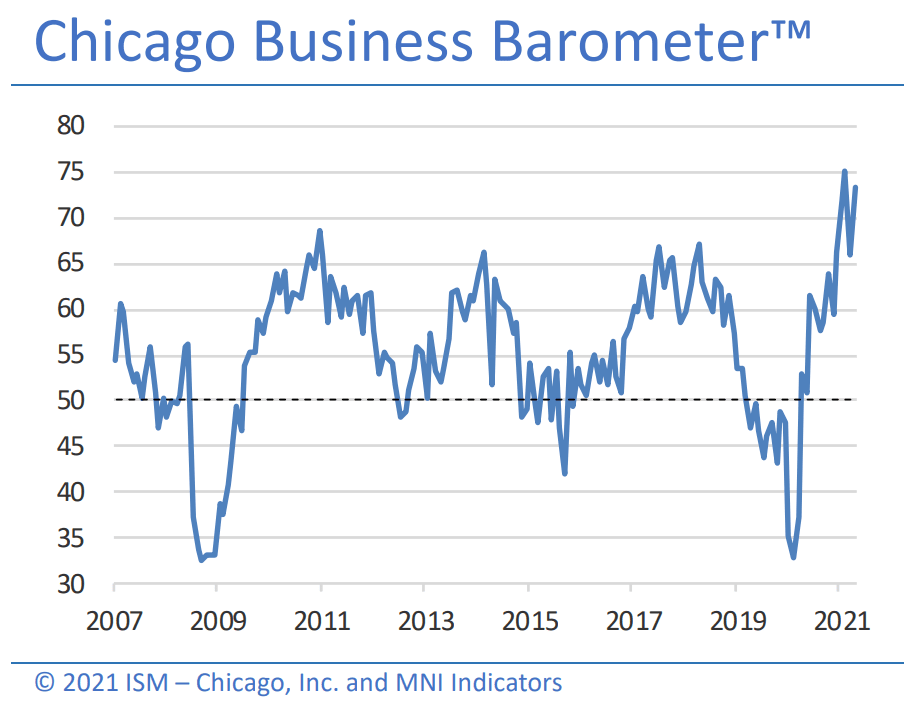 The ISM survey is produced in conjunction with Market News International and told of rising expectations for activity and employment from already high levels, which appeared to give a previously indecisive Dollar complex a clear sense of direction.

But the rub for the Dollar is that data released earlier in the session appeared to show the Federal Reserve’s favourite measure of inflation being on at least the cusp of a peak in what is a potential further headwind for any market participants looking for an interest rate rise from the bank anytime soon.

This was after the European morning session where figures from Eurostat showed the Eurozone economy growing faster than economists had anticipated during the second quarter of the year, and also faster than the stimulus-pumped U.S. economy.

Eurozone GDP growth came in at a quarter-on-quarter pace of 2% against expectations for an increase of 1.5%, whereas in the prior trading session Bureau of Economic Analysis figures showed the U.S. economy growing at a quarterly pace of a little over 1.6% and below expectations.

“The Fed’s plans for only a gradual taper have provided short-term relief for risk assets as US real yields have fallen to fresh record lows. We expect the USD to continue to trade on a softer footing in the week ahead. In contrast, we expect the GBP to continue outperforming ahead of next week’s BoE policy update as downside risks from COVID have diminished in the UK,” says Derek Halpenny, head of research, global markets EMEA and international securities at MUFG. 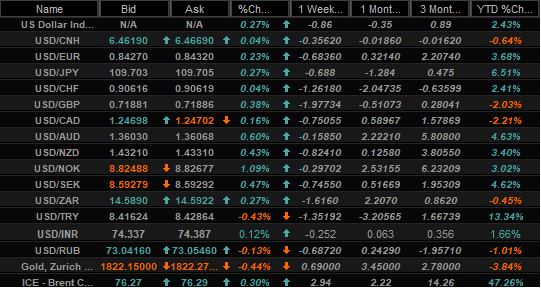 Above: Dollar exchange rate and other market quotes with performances over various horizons. Source: Netdania Markets.

The Dollar had previously ebbed throughout the latter half of the week after Fed Chairman Jerome Powell said in a press conference following Wednesday’s meeting that “I think we’re some way away from having had substantial further progress toward the maximum employment goal. I would want to see some strong job numbers and that’s kind of the idea.”

Powell’s statements indicated it could potentially be some months yet before the bank updates its policy settings, though until then there had been a broad consensus that the bank would announce in September a plan to begin winding down its $120BN per month quantitative easing programme.

Those expectations were challenged this week which, when combined with a potential of inflation, could yet act as a further headwind for the Dollar.

Many disagree with the latter however, and much depends on whether any further ebbing of U.S. inflation pressures results simply from a reversal of the temporary factors and statistical quirks that lifted them in the first place, or something more malign.

“The price action is oscillating rather than trending, which should reinforce the recent ranges set this year. Still, shifting market themes should encourage the broad USD higher through the summer, especially as the Fed advances the taper discussion and reflation cools,” says Mark McCormick, global head of FX strategy at TD Securities. 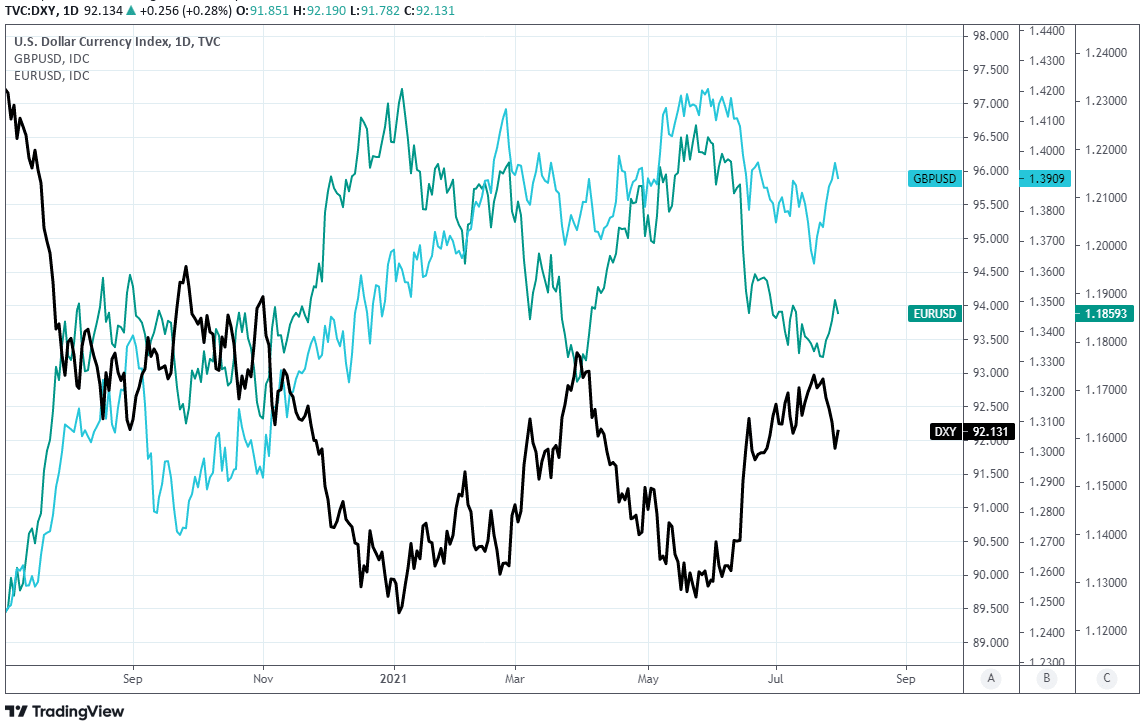 Above: U.S. Dollar index shown at daily intervals with GBP/USD and EUR/USD.